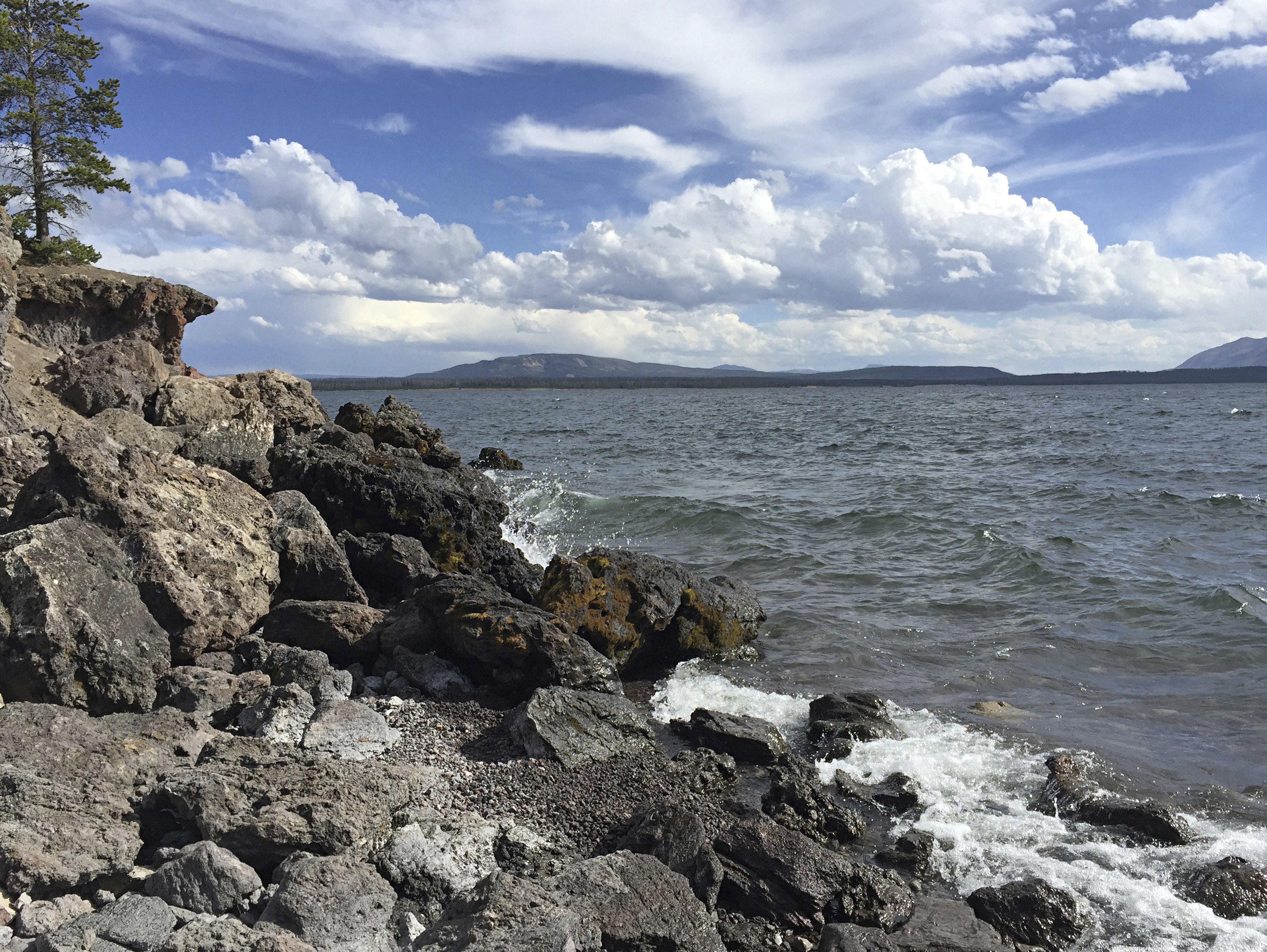 MAMMOTH HOT SPRINGS, Wyo. -- A kayak guide in his first season on the job in Yellowstone National Park has died while trying to rescue a park visitor who capsized on Yellowstone Lake.

Timothy Hayden Ryan Conant, 23, of Salt Lake City died Wednesday in the West Thumb area of the lake, according to the National Park Service.

Conant was among three guides on a kayaking excursion with a group of nine tourists.

Park rangers found Conant in the water and worked to revive him, but he was pronounced dead before he could be transported by helicopter to a hospital.

Park officials say the client whom Conant attempted to save was rescued by other guides in the group and was treated for hypothermia at a park clinic.

Yellowstone spokeswoman Morgan Warthin said the incident occurred about 400 yards off the west shore of the lake.

There was no unusual weather at the time of the incident, which occurred in the late afternoon when the lake often can become rough because of wind, Warthin said.

Warthin said the average year-round temperature of the lake is 43 degrees. It's likely cooler now because Yellowstone has just come out of its winter season. Some areas of the park received snow earlier this week.

The National Park Service was not releasing the name of the tourist involved, she said.

Conant worked for O.A.R.S., a company based out of Angels Camp, California, that has offered non-motorized boat tours in Yellowstone under a permit since 1996.

The company issued a statement late Thursday saying that Conant will be remembered as a hero by trying to save a 62-year-old client. It said Conant's kayak overturned during the rescue and he "spent a considerable amount of time in the cold water."

Steve Markle, a spokesman for the company, said he understood that this was Conant's first season working as a kayak guide after working at Utah ski resorts over the previous few years. Conant was originally from Anchorage, Alaska, and had moved to Utah to attend college, he said.

Markle declined to comment about the incident because it was under investigation.

But he said the company was devastated by Conant's death and suspended its daily kayaking trips in Yellowstone through the weekend.

"Right now all of our efforts are really focused on making sure we assist Tim's family and friends in any way we can," Markle said.

Max Pelosi, director of the Jackson Hole Kayak School in Jackson, said any rescue 400 yards from shore in Yellowstone Lake would require a deep water rescue technique where the guide would dump water out of the capsized boat and help the client back in.

The guide typically does not get out of his or her boat during a deep water rescue, Pelosi, whose company conducts kayak tours in Yellowstone Lake, said.

"As a guide I'm trying almost to never be out of my boat unless I'm on land," he said.

Since 1894, there have been 41 deaths in Yellowstone Lake. The most recent was in 1997 when two people died while canoeing.

It was the second death in Yellowstone, the world's first national park, this month. An Illinois man was found dead June 9 from an apparent fall.