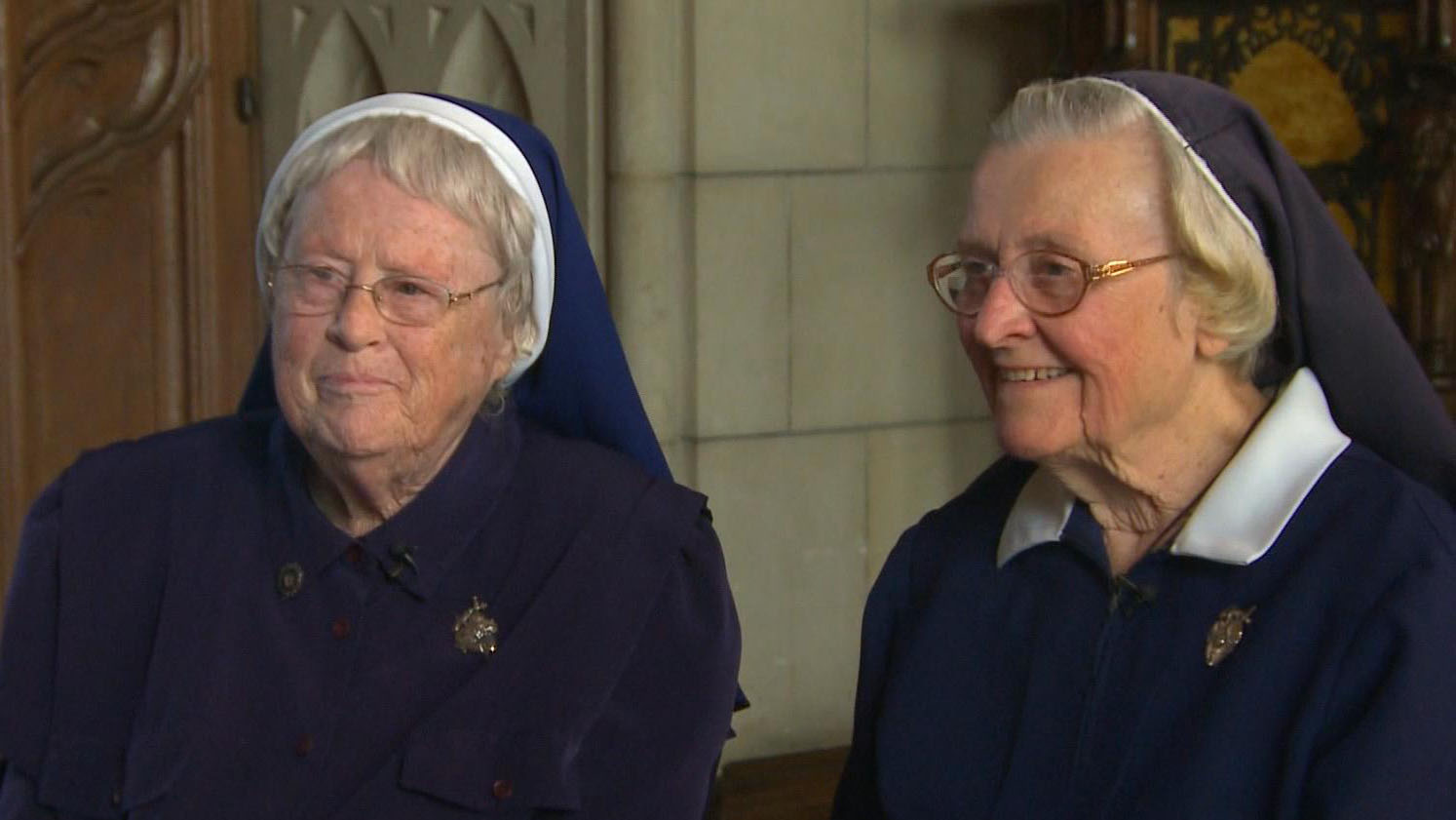 A group of elderly nuns faced a setback in their fight to prevent Katy Perry from buying their former convent, but they're not giving up the fight, reports CBS News correspondent John Blackstone.

The saga has pitted the nuns against the archdiocese of Los Angeles, which wants to sell the estate to the pop star. According to court documents, the nuns object to the sale for "obvious reasons," but Monday, a judge denied their request to block the archdiocese from controlling the property.

For decades, a sprawling eight-acre estate in Los Angeles was home to the Sisters of the Most Holy and Immaculate Heart of the Blessed Virgin Mary.

Now, superstar Perry wants to move in and make it her own, to the tune of $14.5 million. But the singer is hitting a sour note with Sisters Rose and Callanan, who lived there for years.

"This, to me, it's a conscience matter. I do not want to sell the motherhouse and the retreat house to Katy Perry," Callanan said.

She said she wouldn't want to see parties thrown in the house.

"And I wouldn't want to see -- well, oh gosh, I shouldn't say... It's just, it's in conflict with our philosophy," Callanan said.

The nuns aren't swayed by the fact that Perry grew up the daughter of two evangelical ministers, and the fight over the nunnery may be more about money than morals.

"It's a better deal. The only thing is, we want the money to come to us," Rose said. "The archbishop wants the money to go straight to him."

The nuns claim the archdiocese doesn't have the right to sell to Perry -- or anyone else. They say they've already sold it, to developer Dana Hollister.

"Dana Hollister is going to allow people to walk the grounds," Callanan said. "It will be open."

That's something important to them, they said.

But the archdiocese claims it's protecting the sisters from a bad deal, saying it was "forced to take legal action to protect all the sisters from the unauthorized transaction by Dana Hollister" who "took possession of the... property for only $44,000 in cash and... does not have to make any payments whatsoever to the sisters for three years."

Perry, who started her career singing Christian music, even met with the sisters to make her case. She sang a gospel song for them, but they weren't impressed.

Ranch owner clarifies how he found Scalia amid conspiracy theories

Google offices around the world