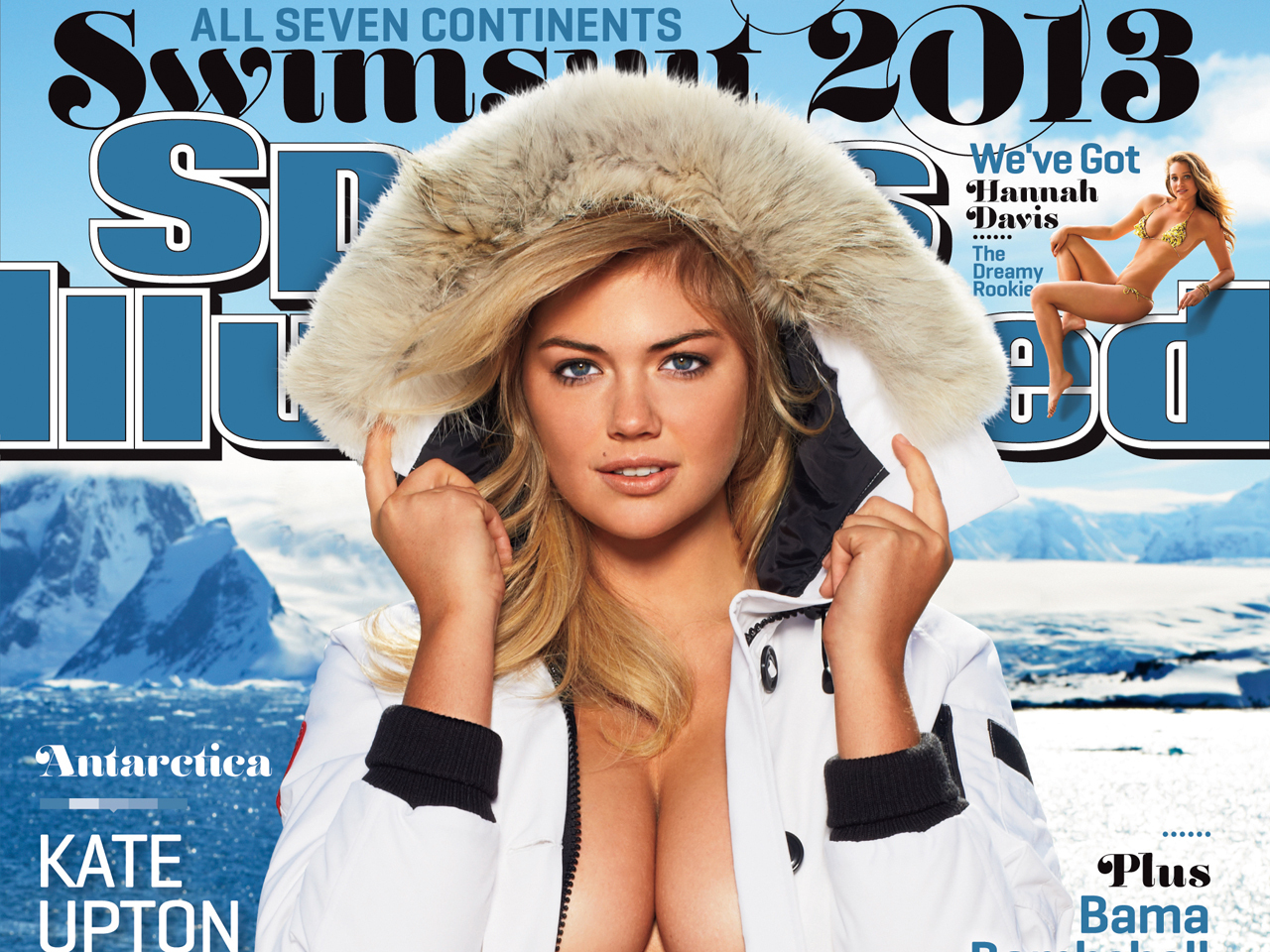 Look out all you swimsuit fans, it's that time of the year again.

The annual Sports Illustrated Swimsuit issue is here, with Kate Upton gracing the cover for a second consecutive year.

It's Upton's third appearance in the swimsuit issue. She was chosen as the issue's "Rookie of the Year" in 2011, when Irina Shayk was on the cover.

For the first time, the fashion shoot covers the entire world, with 17 Sports Illustrated Swimsuit models journeying to all seven continents. Photo sites include African dunes and Asian cliffs.

But for Upton, there's lots of ice. She is warming things up in Antarctica, where the cover shot displays her clad only in a white, fur-lined parka and bikini bottom.

Out of a dozen or so photos in which she appears, the cover shot "is the most clothes I'm wearing in the whole issue," Upton said in a phone interview Monday. "It was a sort of I-love-you from the editor: 'I'll let you wear a coat for this one.'"

The shoot spanned ten days in December, which is Antarctica's "summer." Some of the photos, including the cover, were shot from the base ship, which also carried the team from one icy land shooting site to another.

When she returned to her home in Florida, Upton said she was "very, very sick. I don't think you can go to Antarctica and stand in a bikini without that happening. But I didn't die, and I'm OK now."

Very OK, after hearing only on Friday that she was the editors' choice for the cover.

Despite the challenges of the assignment, Upton said it would likely remain her most thrilling ever, and called Antarctica "the most beautiful place I've ever been."

But for anyone else who wants to experience that magical place, she offered this bit of advice, "You are definitely recommended to keep your clothes on."

The 2013 Sports Illustrated Swimsuit issue - marking the 50th anniversary of the magazine's yearly swimsuit issues - is now out on newsstands.

The 20-year-old Upton's latest Swimsuit cover officially debuted Monday night on CBS' "Late Show with David Letterman," with 10 of the models presenting the Top Ten List. Watch the video below: