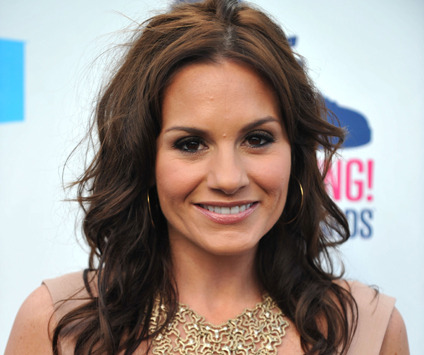 On the same day Ellen DeGeneres announced her departure from the hit Fox series Thursday, TMZ reported later in the day that DioGuardi, a judge for the last two seasons, was given the axe.

PICTURES: Who Are the Next "Idol" Judges?

TMZ also claims that with DioGuardi's reported firing, the show will return to a three-judge panel.

She reportedly had a year-to-year deal, so in order to move forward with the new judging format, it's assumed that "Idol" execs decided to not renew her contract for a third year.

A source told People magazine that Jennifer Lopez has closed a deal to take over DeGeneres' open seat for season 10.

While Chris Isaak and Harry Connick Jr. appeared to be front-runners to replace Simon Cowell, who left after the ninth season to headline an American version of "The X-Factor, " recent published reports suggest that Aerosmith front man Steven Tyler is the likely candidate to replace Cowell.

Although Fox has yet to confirm or deny any of the casting rumors, it's expected that they will announce the new "Idol" judges panel at the Television Critics Association event August 2.