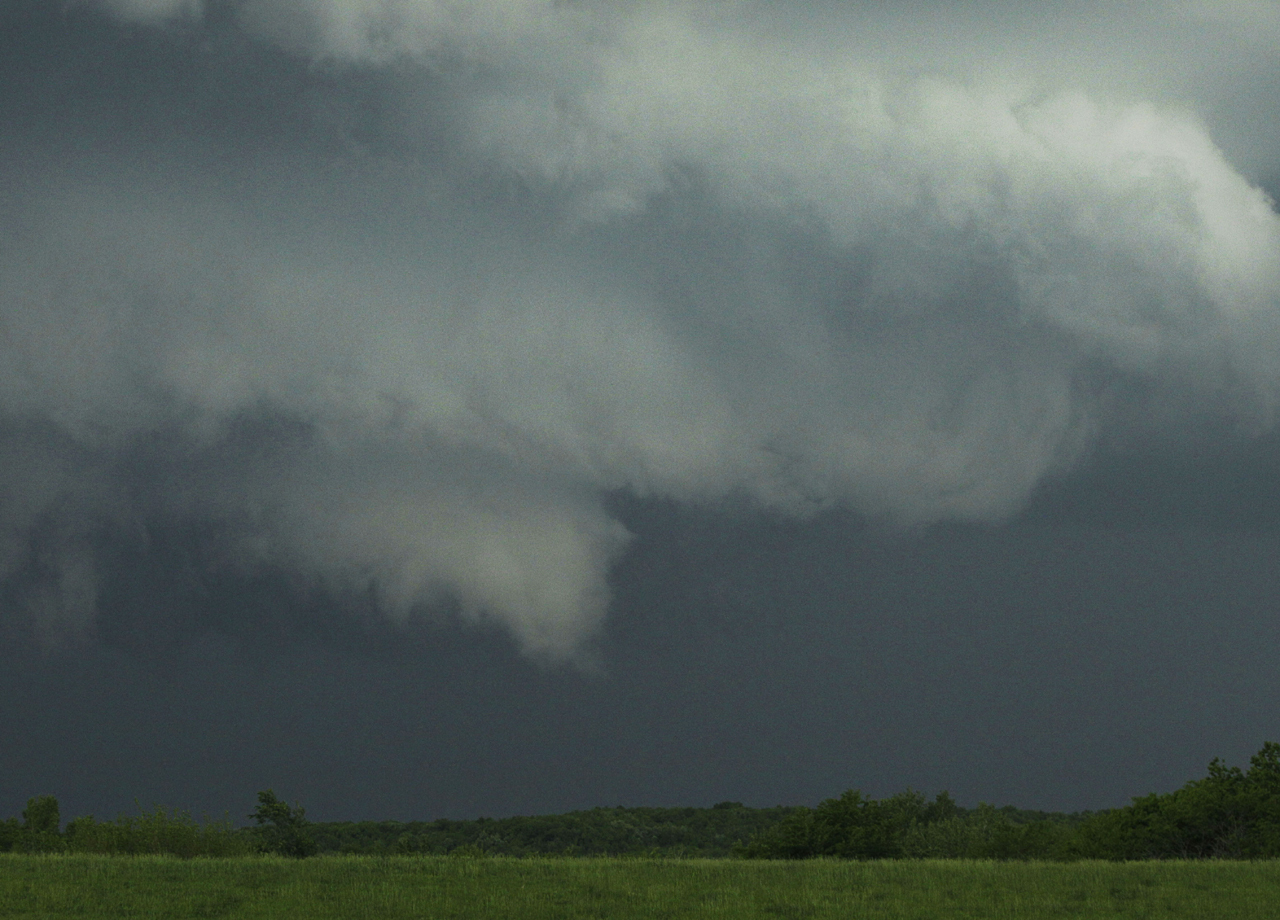 READING, Kan. — A tornado swept through a small eastern Kansas town, killing one person and destroying at least 20 homes, as severe thunderstorms pelted the region with hail that some residents said was the size of baseballs, authorities said early Sunday.

A man was pronounced dead shortly after being taken to Newman Regional Hospital in Emporia, about 20 miles from where the tornado hit Saturday night in Reading, hospital supervisor Deb Gould said.

She said two other people were brought in with injuries but she had no further details.

"I'm hoping it's over for us," she told The Associated Press, noting that local authorities were still at the scene in Reading, about 50 miles south of Topeka.

About 200 homes were damaged in and around the town of about 250 people Saturday night, said Kansas Division of Emergency Management spokeswoman Sharon Watson. The local post office and volunteer fire department were damaged, and all roads in and out of the town have been closed off.

Rev. Lyle Williams, who lives in Emporia and is a pastor for about 10 worshipers at the Reading First Baptist Church, said the church suffered extensive damage.

"Yeah, it's pretty bad," he told the AP. "My daughter was out there and told me about it."

"I'm not going to be able to have church today, that's for sure," he added, saying he's been a pastor at the church for 21 years.

Power had been restored in the town by early Sunday and a shelter was being set up at a local school. The tornado was reported around 9:15 p.m., Watson said.

Powerful storms rolled across northeast Kansas late Saturday, spawning funnel clouds and hail that ripped limbs off of trees and shattered windows. In Topeka, residents were reporting hail the size of golf balls and in some cases baseballs.

The National Weather Service confirmed that a tornado also touched down in Topeka and northeast of the city near Lake Perry, where damage was reported at a nearby campsite, Watson said.