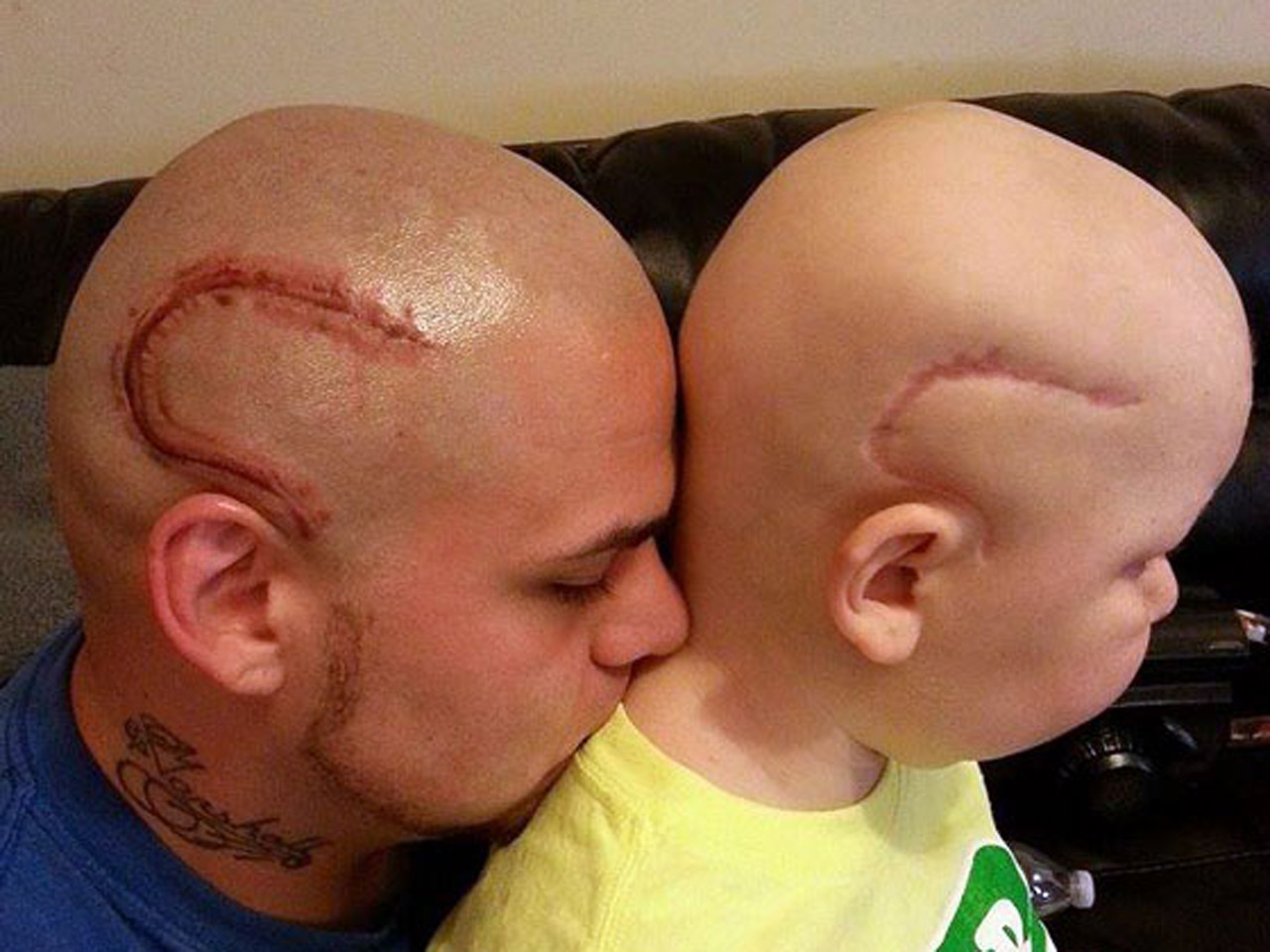 WICHITA, Kan. - The father of a Kansas boy who was self-conscious about scarring following brain cancer surgery has got a tattoo that resembles his son's scar on the side of his head.

Josh Marshall tells ABC News that 8-year-old Gabriel was left with a large horseshoe scar above his right ear after undergoing surgery to remove a brain tumor. Marshall says Gabriel said he "felt like a monster."

Last August, Marshall got a tattoo to match, telling his son, "if people want to stare at you, then they can stare at both of us."

A photo of the pair took first place in the St. Baldrick's Foundation's #BestBaldDad competition on Father's Day.

The organization funds efforts to support kids with cancer, and says its "head-shaving events began as a challenge between businessmen and have grown from one event in 2000 to over 1,300 events in 2013, raising critical funds for childhood cancer research. Events take place in pubs, restaurants, schools, churches, parks, malls, military bases, firehouses and any other place you can imagine."

Marshall says Gabriel is doing well. He says a small tumor remains but that it hasn't grown.