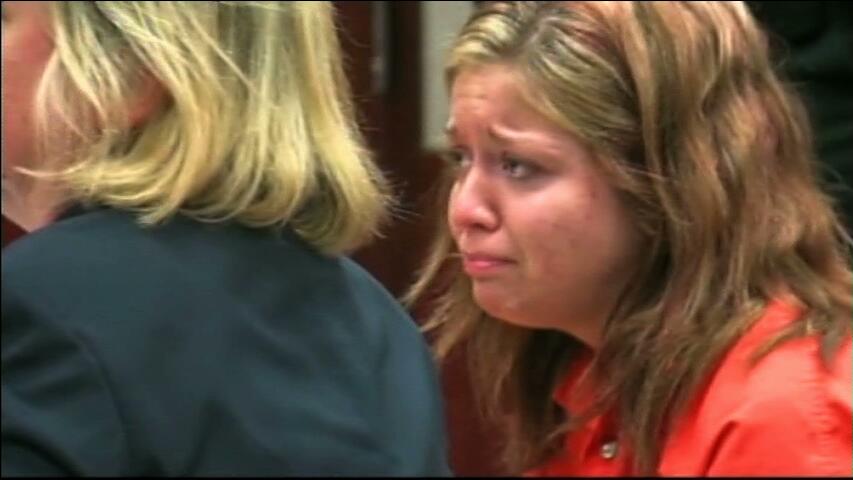 (CBS) VERO BEACH, Fla. - Kaitlyn Hunt, the Florida 19-year-old charged over a same-sex relationship with an underage classmate, will remain in jail until her trial after she allegedly violated pre-trial conditions by contacting the girl.

A judge ordered Hunt, of Sebastian, to be held without bond during a hearing Tuesday. The teen turned herself in to the Indian River County Jail Monday night, facing a new charge of transmitting material by electronic equipment harmful to a minor. She was already charged with two counts of lewd and lascivious battery on a child.

Hunt was expelled from school, arrested and charged in February after the younger girl's parents learned of the relationship and went to police. Hunt posted a $5,000 bail and was released with a court order not to contact the alleged victim.

Scripps Treasure Coast Newspaper reports that the state attorney's office pulled a plea offer Monday following allegations Hunt violated her pretrial conditions by contacting the girl identified as the victim in the case. Prosecutors say Hunt exchanged thousands of texts with the girl and sent her nude photos.

Prosecutors also alleged Hunt's mother, Kelly Hunt Smith, texted the alleged victim and urged her to delete "everything" so no one would find out the girl and Hunt had spoken.

Assistant State Attorney Chris Taylor said in court Tuesday that within days of the court's no contact order, Hunt began contacting the alleged victim in the case, the paper reports. The younger girl's parents reportedly found out, leading to an investigation and Tuesday's hearing.

Sheriff's Detective Jeremy Sheppard testified during the hearing about the abundance of electronic evidence obtained and told the court that Hunt and the younger girl had physical contact on July 29.

Hunt's father has publicly claimed that the girl's parents went to police because they blamed Hunt for their child's homosexuality.

Since Hunt's arrest, the case has garnered national attention for what some say is a gay rights issue. Advocacy groups including the American Civil Liberties Union of Florida argue that older high schoolers dating their younger counterparts is an innocuous, everyday occurrence that is not prosecuted - regardless of sexual orientation - and not a crime on par with predatory sex offenses.

An arraignment for the new charge against Hunt is scheduled for Sept. 23. A trial date in the case has not been set.