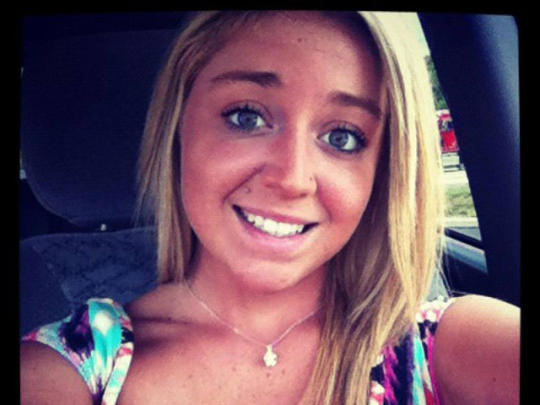 (CBS) SEBASTIAN, Fla. - A Florida state attorney says the charges against Kaitlyn Hunt, an 18-year-old high school student who engaged in a same-sex relationship with a 14-year-old classmate, will not be dropped, despite petitions from the public, CBS affiliate WTSP reports.

Hunt has been expelled from Sebastian River High School in Sebastian, Fla. and is charged with two counts of lewd and lascivious battery of a child 12 to 16 years of age as a result of the relationship.

The case began in February when Hunt was arrested and charged after the younger girl's parents notified authorities, reportedly when Hunt turned 18. Since then, the story has garnered national attention for what some say is a gay rights issue.

Kelly Hunt Smith, Kaitlyn's mother, created a Facebook page to gain support for her daughter in an effort to get the charges dropped, the station says. The page, entitled "Free Kate," had over 30,000 members as of early Tuesday.

Smith posted on the page that the girlfriend's parents "conspired with police to entrap Katilyn" because they disapproved of the relationship.

A similar petition on Change.org was set up by Kaitlyn's father, Steven Hunt, and has more than 56,500 supporters calling for prosecutors to drop the charges.

Steven Hunt claims his daughter's relationship with the 14-year-old girl was consensual and that the girlfriend's parents went to police because they blamed Katilyn for their child's homosexuality, WTSP reports.

"If this was an 18-year-old male and that was a 14-year-old girl, it would have been prosecuted the same way," Indian River County Sheriff Deryl Loar said.

According to the station, Florida's law says any person who engages in sexual activity with a minor between the ages of 12 and 16 commits the crime of lewd and lascivious battery.

"The idea is to protect people in that vulnerable group from people who are older, 18 and above," Bruce Colton, state attorney for Florida's 19th circuit, said, according to the station. "...The statute specifically says that consent is not a defense."

Colton said prosecutors will not drop the charges based on the public petition. He said this case exemplifies the purpose of the current law and added he would not support any effort to make consensual relationships among peers legal, the station reports.

The second-degree felony charges are reportedly punishable by up to 15 years in prison and could require the individual to register as a sex offender. Colton told WTSP Hunt has until Friday to accept a plea agreement that would subject her to two years of house arrest followed by a year of probation.

According to an arrest affidavit obtained by WTSP, Kaitlyn and her girlfriend began dating in November 2012. The victim reportedly told police they began a sexual relationship and according to the report, the victim was 14 and Kaitlyn was 18.

As part of the investigation, Indian River county detectives reportedly a recorded phone call between the two high school students to develop grounds for an arrest. In the call, Kaitlyn told the girl she loved her, the station reports.