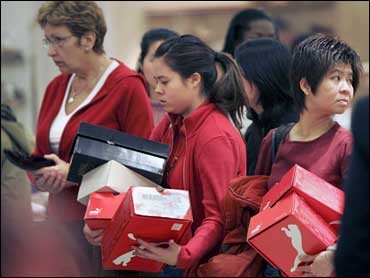 In his 25th and final start as the Kansas State quarterback, Jonathan Beasley gave Wildcats fans reason to remember him as more than the player who replaced Michael Bishop.

Beasley did a superb job running the option, gaining a career-best 98 yards and scoring a touchdown, throwing for two TDs and even pooching a quick-kick to the 4 as No. 11 Kansas State beat No. 21 Tennessee 35-21 in the Cotton Bowl Monday.

Beasley, who redshirted as a junior in 1998 when Bishop was a senior, ended his career 21-4 as a starter. While he didn't get the Wildcats to the heights Bishop did, Beasley continued Kansas State's growing status as a perennial power.

And, in his finale, Beasley accomplished something Bishop didn't, becoming the first quarterback in school history to win two bowl games. He also helped the seniors become the second group in NCAA history to win 11 games four straight years.

"It's unbelievable," said Beasley, who was 13-of-27 for 210 yards passing and raised his school-record for rushing touchdowns to 18.

"Two years ago, people counted us out after Michael Bishop left. As a class, we said we didn't want to be remembered like that. We wanted to keep the tradition alive."

People around the country remember Bishop as a solid player who was the Heisman Trophy runner-up in 1998, but receiver Quincy Morgan compared Bishop's reputation in Manhattan, Kan., to Michael Jordan's in Chicago.

"It's tough to replace him, but he did it," said Morgan, who had seven catches for 145 yards, including touchdowns of 56 and 10 yards. "Maybe what he's doing is not as exciting, but he gets the job done."

The most impressive part of this victory for the Wildcats (11-3) was they way they went after the Volunteers' strength - run defense - and destroyed it.

Kansas State rushed for 297 yards, the most against Tennessee (8-4) since last year's Fiesta Bowl. Josh Scobe ran 28 times for 147 yards and two third-quarter touchdowns as the Wildcats averaged 5.03 yards per carry more than double the 2.42 the Volunteers had been giving up.

Beasley also avoided being sacked by a defense that had a school-record 50, including seven in each of its previous four games. A big reason why was Kansas State limiting Outland Trophy winner John Henderson to four tackles, none for losses.

"They took us out behind the woodshed and spanked us," Vols coach Phillip Fulmer said. "Our defense was on the field way too long."

While the game was a nice going-away present for Kansas State's 25 seniors, it was a good lesson for a Tennessee team filled with returning players at key positions.

Freshman quarterback Casey Clausen, who came in 6-0 as a starter, wilted against the best defense he's seen, going 7-of-25 for 120 yards, his fewest, and three interceptions, his most. He had a 17-yard touchdown pass, but then completed only one of his next 12.

"The last 2 1/2 weeks we talked about their aggressive style and having to make plays and I didn't do it," Clausen said.

Both quarterbacks struggled early on a field covered with snow and ice and a kickoff temperature of 29. The slush looked worse than it was, though, and was mostly stomped off by halftime.

Beasley got the Wildcats going on their second drive, a 74-yard march that began with a 16-yard pass and ended with a nifty 14-yard TD run that started in a clogged backfield and turned into an easy romp.

Less than a minute after Tennessee's first touchdown, Beasley and Morgan connected on their long touchdown. On the next drive, Beasley hit Morgan for 37 yards, then waited until the last possible second to throw a screen that Morgan easily turned into another touchdown.

The Wildcats came out running in the second half with Beasley or Scobey carrying on the first 10 plays. Scobey, who had 147 yards, turned two into touchdowns and the rout was on.

"I can't describe the things he's done for us, getting it done week in and week out," Scobey said of Beasley. "He's one of the best leadership quarterbacks I've ever been around."

Tennessee was within 21-14 at halftime because Jabari Greer intercepted a deflected screen to Morgan and returned it 78 yards for a touchdown with 4:13 left in the half. The Vols didn't score again until Travis Henry ran 81 yards in the final minutes.

Henry, the leading rusher in school history, had 180 yards on 17 carries.

Tennessee defensive tackle Edward Kendrick was carried off the field on a motorized cart in the fourth quarter after being hit in the back by two Kansas State linemen. Fulmer said he was hospitalized as a precaution and was expected to be OK.