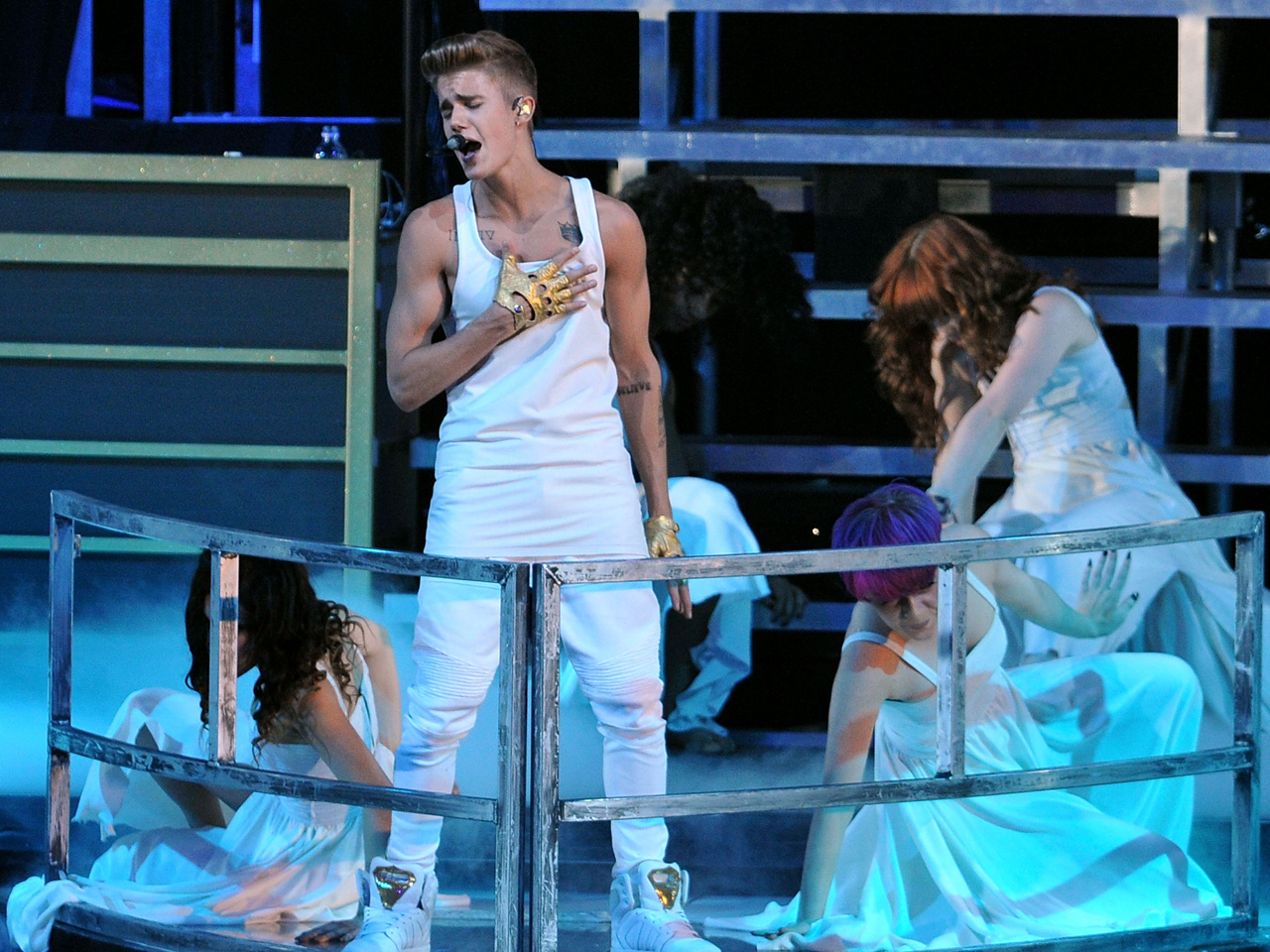 Following his a brief hospital stay after fainting backstage, the 19-year-old pop star's preparation for a final concert in London on Friday hit a speed bump.

Bieber got into an altercation with insult-hurling paparazzi, lashing out at a photographer with a stream of expletives as he was restrained by minders.

The singer quickly took to Twitter to address the incident, which was captured by Channel 5 news, and pledged to channel his "adrenaline" into that evening's show:

The scuffle came just hours after Bieber said he was "getting better" after struggling to breathe during the previous night's concert at the O2 arena, and pledged the show would go on as planned.

A spokesman for the O2 Arena said the 19-year-old pop star was treated backstage during Thursday's concert after becoming short of breath, but recovered and finished his set.

"As far as we are concerned everything is on, on, on" for Friday's show, Jeremy King said.

"He was treated by our team of medics and after further examination they didn't find anything more serious or worrying."

A spokeswoman for Bieber said he was recovering after Thursday's incident, which saw him given oxygen before returning to the stage.

"Justin has been released from the hospital after a check-up and, while he's feeling a little under the weather, he's currently planning on going ahead with tonight's show," the spokeswoman said Friday. She demanded anonymity to discuss the star's condition.

Bieber later posted a shirtless photo of himself in a hospital bed, saying he was getting better and listening to Janis Joplin. Before that on Twitter he thanked "everyone pulling me thru tonight."

"Best fans in the world," he wrote. "Figuring out what happened. Thanks for the love."

The incident caps a difficult week for Bieber. After tweeting that he had the "worst birthday," he was also forced to apologize to outraged fans who accused him of taking the stage almost two hours late for his first concert at the O2 on Monday. He insisted he was only 40 minutes late and blamed "technical issues." He took to Twitter to vent his frustrations with the media's portrayal of the incident.

The star's Believe world tour is due to move on to Portugal on Monday, then continue across Europe, the Middle East, South Africa and North America until August.