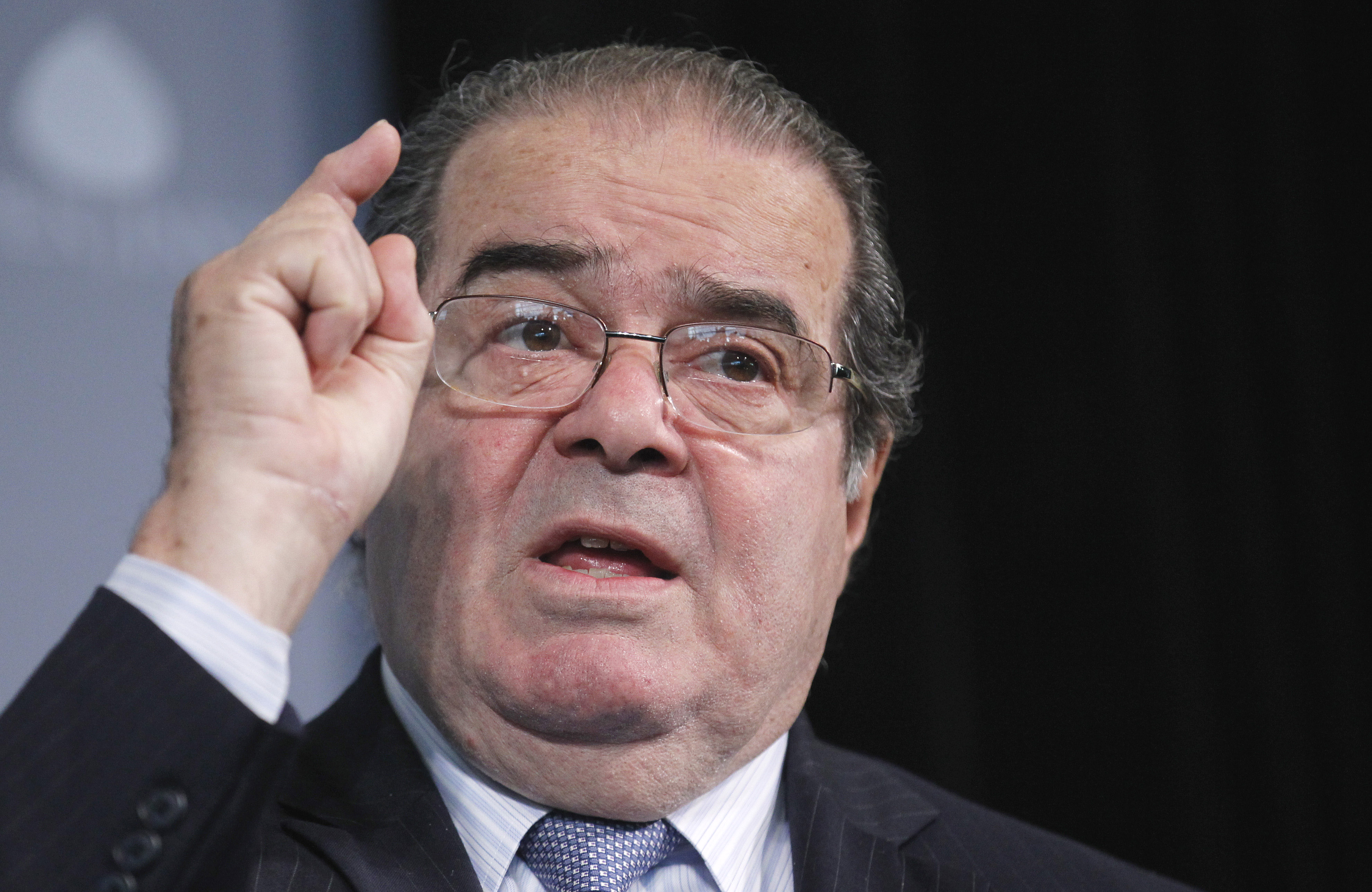 In an interview on CNN's "Piers Morgan Tonight," the justice said despite reports that he and Roberts had clashed, there is not a personal feud going on between the court's two leading conservatives.

"There are clashes on legal questions but not personally," Scalia said of the court.

The Supreme Court earlier this month upheld much of Obama's signature health care law, with Roberts siding with the court's liberals to uphold the hotly debated core requirement that nearly every American have health insurance. The decision allowed the law to go forward with its aim of covering more than 30 million uninsured Americans.

Since then, Roberts has been the focus of derision from some of the nation's leading conservatives, and there have been reports of fractures in the relationships on the court's conservative wing, of which Roberts and Scalia are members.

"No, I haven't had a falling out with Justice Roberts," Scalia said, when asked about a purported clash between him and Roberts.

"No, no, nothing like that," said Scalia, who noted that he was out of the country for most of the criticism of Roberts.

Scalia also emphasized "the court is not at all a political institution" and said he believed "not a single one" of his Supreme Court colleagues considers politics when making decisions at the court.

Scalia also defended the court's 2-year-old decision in Citizens United to give corporate and labor union interests the right to spend freely to advocate for or against candidates for state and local offices.

"I think Thomas Jefferson would have said the more speech, the better," said Scalia, when asked about so-called super PAC spending on national elections. "That's what the First Amendment is all about. So long as the people know where the speech is coming from."

Scalia also said in the interview that the case that brings about the "most waves of disagreement" is still the decision that decided the 2000 presidential election between George W. Bush and Al Gore. But the justice said his normal answer to people who ask about Bush v. Gore is "get over it."

Scalia said he had no regrets about the court's decision.

"No regrets at all," the justice said. "Especially because it's clear that the thing would have ended up the same way anyway. The press did extensive research into what would have happened if (what) Al Gore wanted done had been done, county by county, and he would have lost anyway."

Scalia is beginning a book tour promoting his new book, "Reading Law: The Interpretation of Legal Texts" with co-author Bryan A. Garner.