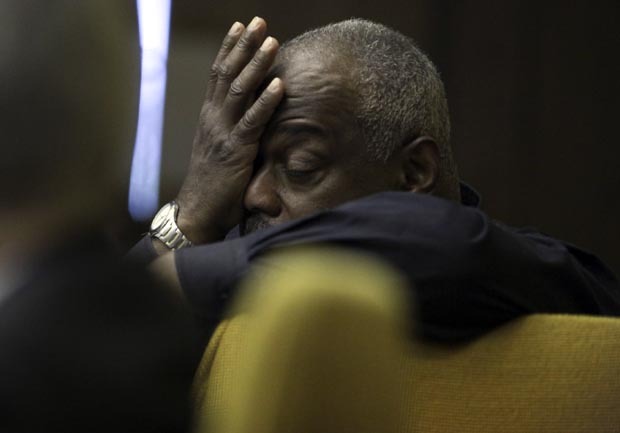 (AP) CHRISTIANSBURG, Va. - A jury found Virginia Tech negligent on Wednesday for waiting to warn students about a gunman during a 2007 campus massacre that left 33 dead.

Jurors deliberated for 3 ½ hours before siding with the parents of two students who were killed on April 16, 2007, in the most deadly mass shooting in modern U.S. history. Their wrongful death civil lawsuit argued that lives could have been spared if school officials had moved more quickly to alert the campus after the first two victims were shot in a dorm. The massacre ended later in the morning with the deaths 31 more people, including the gunman, at a classroom building.

The state was the lone defendant in the case and argued that the university did all that it could with the information available at the time. President Charles W. Steger and other university officials have said they initially believed the first two shootings were isolated instances of domestic violence.

The jury awarded $4 million each to the families of Erin Peterson and Julia Pryde, but the state immediately filed a motion to reduce the award. State law requires the award to be capped at $100,000.

"The university's contention has been all along, to quote president Steger `We did everything we could do,"' said Robert T. Hall, an attorney for the parents. "Obviously the jury didn't buy that."

The verdict was met immediately by sobs from Peterson's mother, Celeste, while the Prydes didn't show much emotion.

"Today we got what we wanted," Celeste Peterson said afterward. "The truth is out there, and that's all we ever wanted. We came here for the truth."

Circuit Judge William Alexander said it was the hardest case he had been a part of.

"My heart goes out to all of you," he said to the families of victims.

Virginia Tech spokesman Mark Owczarski said after the verdict that the school would review the case with the attorney general before deciding on any further options.

"We are disappointed with today's decision and stand by our long-held position that the administration and law enforcement at Virginia Tech did their absolute best with the information available on April 16, 2007," a statement from Owczarski said.

One of the state's attorneys, Peter R. Messitt, said before the verdict that Tech officials could not be expected to anticipate the killing spree, calling the slaughter unprecedented "in the history of higher education" and "one of the most horrible days in America."

"What happened at Norris Hall was not reasonably foreseeable," he told jurors during closing arguments.

During the trial, the attorneys for the Prydes and Petersons portrayed campus police as leaping to the conclusion that the first two victims were shot by a jealous boyfriend, and that the gunman was not a threat to others.

They presented evidence that campus leaders, including Steger, heeded the police conclusion without question, then waited 2 1/2 hours before sending a campus-wide warning that a "shooting incident" had occurred. It did not say a gunman was still at large.

Police were pursuing the boyfriend of one of the dorm shooting victims as a "person of interest" at the expense of a campus-wide alert, the plaintiffs' attorneys said.

Police stopped the boyfriend as he approached the Blacksburg campus and were questioning him as shots rang out at Norris Hall, where student Seung-Hui Cho chained shut the doors to the building and killed the students and faculty. He then killed himself.

Tech officials issued a specific warning that a "gunman is loose on campus" through emails to 37,000 at 9:50 a.m., nearly 10 minutes after Cho began the Norris slaughter.

The parents' attorneys also accused Steger and other administrators of trying to cover up their missteps by building official timelines that suggested they reacted more aggressively to the first shootings. Tech administrators said mistakes in the timelines were made in the fog of a horrific tragedy.

The state presented witnesses, including experts in campus security, who said Tech police and administrators acted properly when they concluded the dorm shootings were domestic. The shootings occurred in an isolated area of the dorm, and the victims were a man and a woman clad in their undergarments and sleepwear.

Steger testified that he delayed sending a specific warning to avoid a panic and to allow the university to notify the victims' parents. He said the advice to delay a specific warning came from a member of his Policy Group who has since died.

The Prydes and the Petersons were the only eligible families who didn't accept their share of a previous settlement with the state worth $11 million.

Hall said that the only way a cap on Wednesday's jury award could be lifted would be action by the attorney general or the state Legislature. Still, both sides are submitting briefs for the court to consider.

A state panel that investigated the shootings concluded that officials erred in not sending an alert earlier. The lag in issuing a campus warning also brought Virginia Tech a $55,000 fine from the U.S. Education Department. The school is appealing.