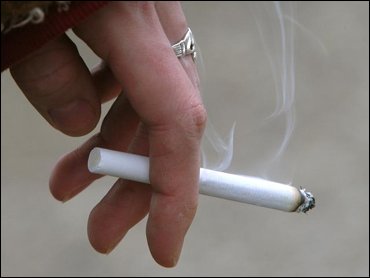 A jury cleared Philip Morris of negligence and misrepresentation Thursday in a lawsuit by a man who blamed the tobacco giant for the 48-year smoking habit that caused his lung cancer.

Frederic Reller, 64, of Marina del Rey, alleged that the nation's largest cigarette manufacturer misled him by failing, for years, to acknowledge that smoking is addictive and may cause cancer.

Jurors sided with Philip Morris on five of six counts, rejecting allegations of negligence, misrepresentation, of making defective products and of failing to warn smokers about its products. They deadlocked on whether the company fraudulently concealed information about the dangers of smoking.

"The jury heard clear and compelling evidence that Mr. Reller was well aware of the risks of smoking and was responsible for the smoking decisions he made," William S. Ohlemeyer, Philip Morris USA vice president and associate general counsel said in a statement. "The jury's decision makes common sense and legal sense."

She said the company would ask the judge to rule on the remaining count, which Reller's attorney hoped would go in his client's favor.

"One verdict is enough to get us compensation and punitive damages," attorney Michael Piuze said.

The case focused on whether the company was responsible for the smoking habit Reller developed when he was 16.

Piuze argued that his client had managed to kick alcoholism and might have tried to quit smoking earlier had the tobacco industry been upfront about the hazards.

Philip Morris argued that the company had nothing to do with Reller's decision to start smoking and said he only switched to its Marlboro brand in 1964. Wilkinson noted that cigarette packs have carried warning labels since 1966.

One of the jurors, Adrienne Cedro-Hament, said jurors agreed that smoking was a substantial factor in Reller's illness, but added that the plaintiff hadn't proven the company's cigarettes caused his cancer.

"The question was really on how do you pinpoint it was Philip Morris?" Cedro-Hament said. "How could you be so definitive?"