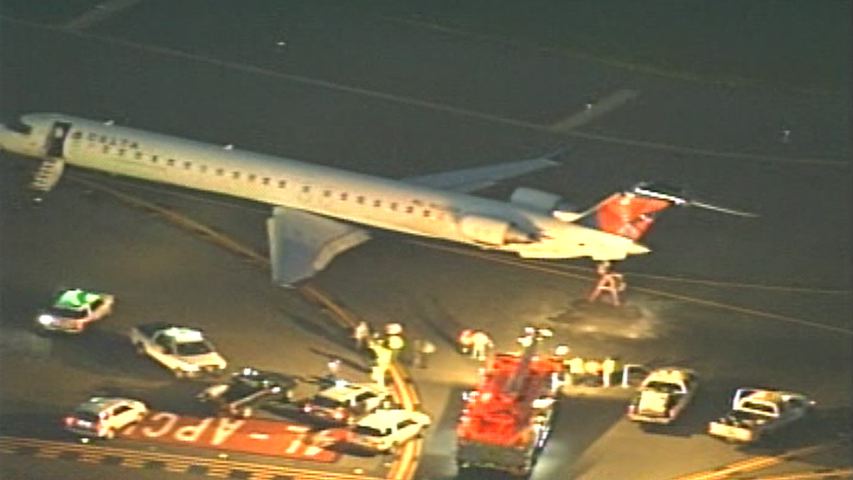 BOSTON - The wing of a Delta jet has clipped the tail of an aircraft that provides regional air service for the carrier while both planes were on the runway in Boston.

The incident occurred around 7:30 p.m. an airport spokesman said. There were no other injuries.

Delta spokesman Trebor Banstetter says the wing from Delta Flight 266 from Boston to Amsterdam hit the vertical stabilizer of Atlantic Southeast Airlines Flight 4904, also on departure from Boston to Raleigh-Durham.

The Delta jet returned to the gate and ASA passengers were transported by bus to the terminal.

Atlanta-based Delta says both aircraft have been removed from service for inspections. All passengers have been returned to the Logan terminal and are being put on other planes.

The larger jet, a 767, is a widebody airplane typically used on international routes. The exact model of regional jet in the crash was not immediately identified.