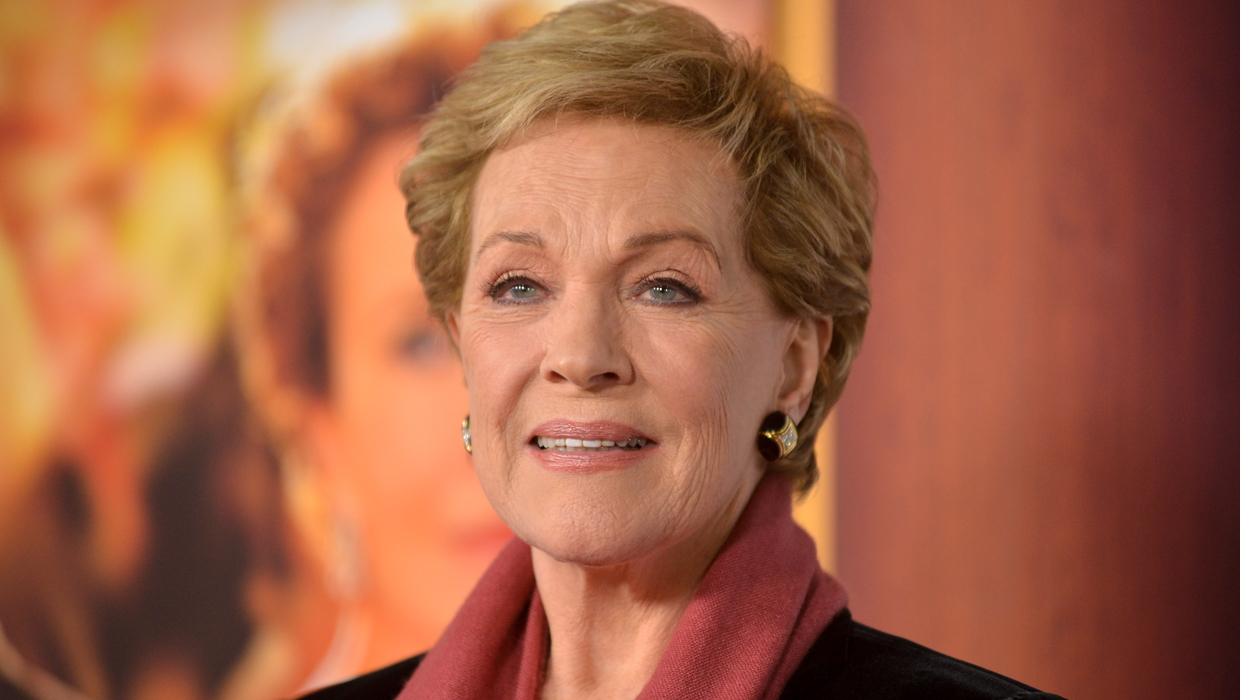 But -- though she previously gave Underwood her blessing to take on the part -- Julie Andrews wasn't among them.

Andrews, who starred in the 1965 Oscar-winning film adaptation of the Rodgers & Hammerstein classic, explained, "Alas, I did not (see it). I had a speaking engagement and I couldn't. But my kids did record it. I'll get around to it."

The actress, 78, made the comments at the U.S. premiere Monday night of "Saving Mr. Banks," which depicts the battle between P.L. Travers, author of the "Mary Poppins" novels, and Walt Disney, who worked for decades to persuade the writer that the "Poppins" tales would make a fine film.

"Saving Mr. Banks" picks up the story in 1961, when the London-based Travers finally agreed to a two-week visit to Los Angeles to meet with Disney and his creative team. Before signing over the film rights, Travers wanted to see Disney's treatment of her source material, and quickly proved a brutal critic and difficult collaborator -- shredding key decisions about the film adaptation, including casting.

In "Banks," Travers (played by Emma Thompson) goes on a tirade about the hiring of Dick Van Dyke.

On the arrivals line, Van Dyke revealed an additional Travers tidbit that isn't in the movie.

"Well, she wasn't thrilled with Julie, either," he said. "She wanted a dumpy little Mary Poppins. She didn't want a pretty girl. So, she didn't like either one of us."

The Disney-Travers battle was concluded before Andrews was deep into production.

"I had heard rumors, no doubt about it," the actress said, adding that she and Travers became friendly and later wrote letters to each other.

"She was a tough lady," Andrews said. "But there was a kind of sadness underneath all that toughness, too."

Disney ultimately won his battle with Travers, whose notes on the film were largely ignored. "Mary Poppins" would become the most profitable film of 1965 and is widely considered the crowning artistic achievement of Disney's lifetime.

But Travers still wasn't happy with it, said Van Dyke.

"Walt told me when the premiere was over, she met him in the lobby and said, 'The animation has to go, Walt' ... and Walt said, 'The boat sailed, Mary,'" recalled Van Dyke.

"Saving Mr. Banks" opens in limited release in the U.S. this weekend.