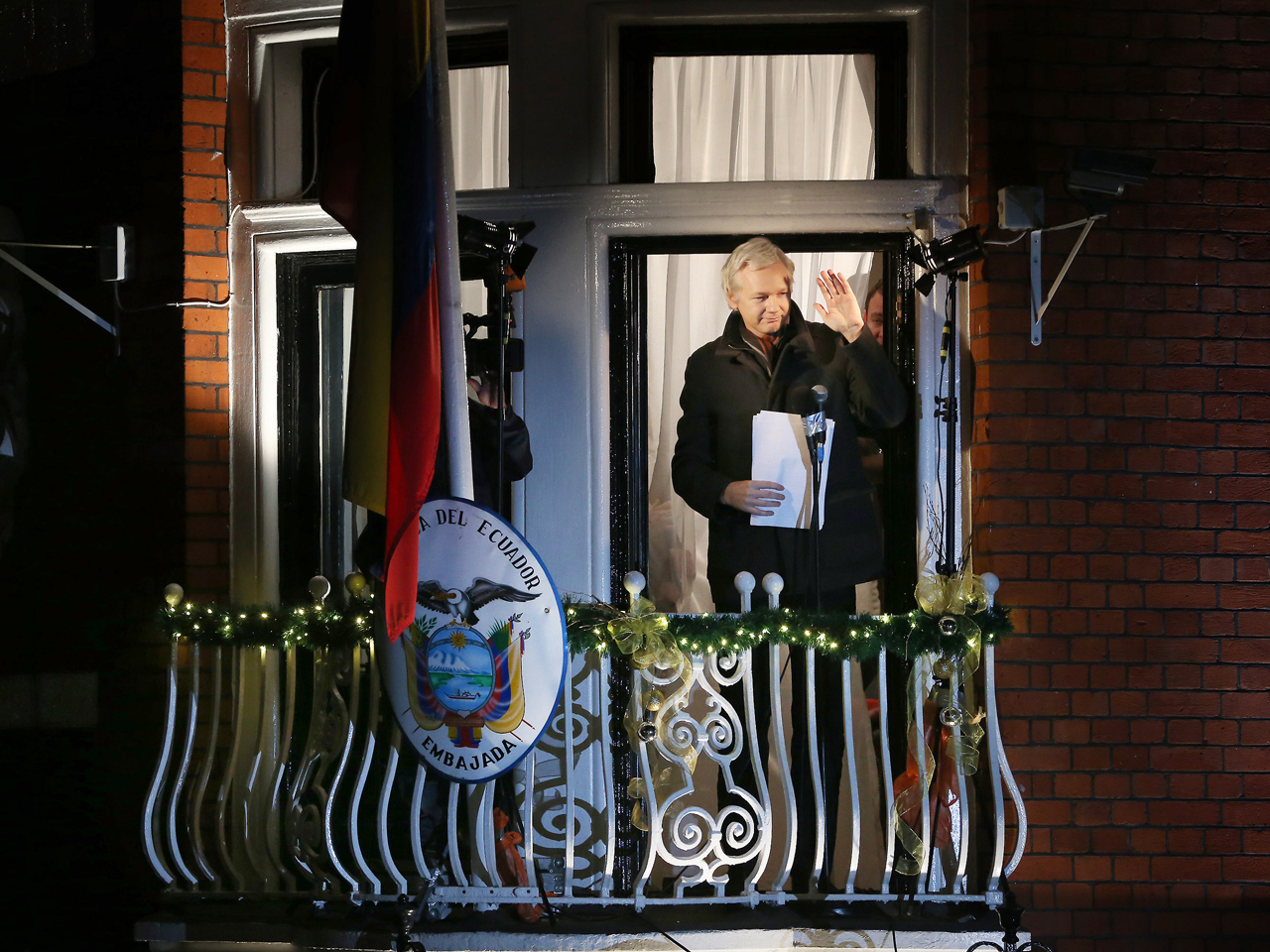 Addressing supporters on a cold and wet English evening, the 41-year-old Australian looked fit and healthy despite half a year spent in trapped inside the small apartment he shares with Ecuador's diplomatic staff.

He gave no hint that he would end the standoff, which has seen him spend six months as a fugitive from European justice, saying he was holed up at the embassy for fear of the U.S. investigation into his activities.

"While this immoral investigation continues, and while the Australian government will not defend the journalism and publishing of WikiLeaks, I must remain here," he said.

While the U.S. Justice Department has launched an investigation into WikiLeaks' spectacular disclosures of U.S. secrets, Assange is currently wanted by police over allegations of sexual assault stemming from a trip to Sweden in mid-2010.

Many WikiLeaks supporters have suggested that the allegations are a ploy to extradite Assange, first to Sweden and then to the U.S. The Swedish government and Assange's alleged victims deny it, saying they are simply seeking justice.

Assange also said during his speech that WikiLeaks had more than a million documents being prepared to be released, affecting every country in the world, prompting more cheers from the crowds outside.

He said the 25-year-old "has maintained his dignity after spending more than 10 percent of his life in jail, some of that time in a cage, naked and without his glasses."

Manning, who was arrested in 2010, currently faces trial on 22 charges, including aiding the enemy. Testimony in pre-trial hearings has recently focused on the conditions under which he was detained — including times at which he was forced to strip naked and at least one incident in which he says he was made to stand at attention while nude.