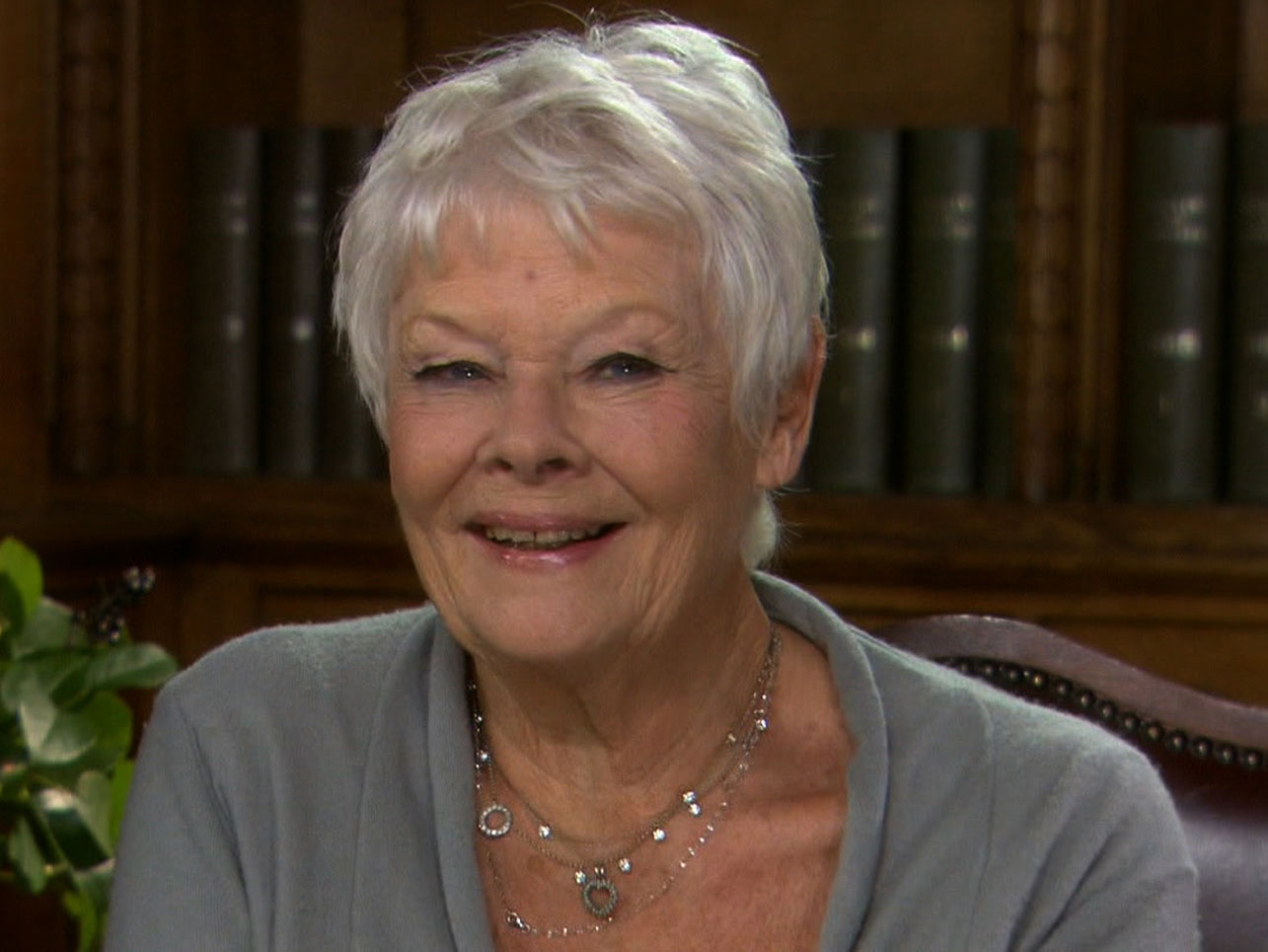 In 1966, actress Judi Dench was honored in Britain as the "most promising newcomer." Now, she is back on the big screen. In her latest movie, "Philomena," she's done it again, thrilling audiences and critics.

It's based on the true story of an elderly woman searching for her long lost baby son with the help of a hard-bitten journalist. It was a major role for Dench, who, just a few weeks shy of her 79th birthday, is recovering from a knee replacement, and those piercing blue eyes, damaged by macular degeneration, no longer see very well.

“A huge thing was made about it in the press here saying I'm going blind. I'm not going blind,” Dench told CBS News’ Elizabeth Palmer. “I just have to say to my friends - I think a lot of my friends must think that I got very, very grand and don't acknowledge them anymore, but people who know can come up to me …  say ‘It's me! It's me!’ You know, tell me who they are, and then I'm fine.”

Her co-star in “Philomena,” British actor Steve Coogan, had to read the screenplay aloud to Dench so she could consider the part.

“We sat in the garden on a rather cold day in which I didn't have the grace to say to him half the way through ‘You must be rather cold. Why don't we go inside?’” she said. “I just sat there until he finished, and by the end of it - and it was not the final script then - I just knew I would like to have a go at it.”

It was a huge responsibility, said Dench, to play Philomena Lee, who is still alive. Back in the repressed Catholic Ireland of 1951, she got pregnant and was sent in disgrace to the nuns at Sean Ross Abbey, who ran a home for unwed mothers.

Three years later, the nuns gave Philomena's baby away to an American couple, who adopted him and took him to the states.

Dench said that the real-life Philomena is “very funny.”

“She'll say what she thinks, and she'll laugh about something, and then she- overlaid over that is this wonderful sense of humor, and underneath that is this great depth of what she suffered.”

The real Philomena Lee, now 80 and something of a celebrity herself, says Dench did her story proud.

“She's lovely; she put me at my ease, you know, not the fancy, somebody like Judi Dench doing my story, my goodness, it's unbelievable,” said Lee.

The movie "Philomena" allowed Dench to dip back into one of her best-loved roles, as M the spy chief from Bond. In an online video, M's mission was to pressure the U.S. Motion Picture Association to lower “Philomena's” rating from R to PG-13. It worked. M won.

Dench said “Philomena” was rated unsuitable for kids because there were two profanities in the movie, and “you’re allowed only one.”

The actress said that the video was M's swan song and she doesn’t miss the role.

While Dench is putting some things behind her, she's clearly determined to find more lovely times ahead. She told Palmer she doesn’t like to talk about aging.

“I don't use the word old, retire or aging in my house. They are all banned,” she said.

Indeed, Dench, new knee and all, is off to India early next year to shoot a sequel to “The Best Exotic Marigold Hotel,” her previous, but far from her last, box office hit.