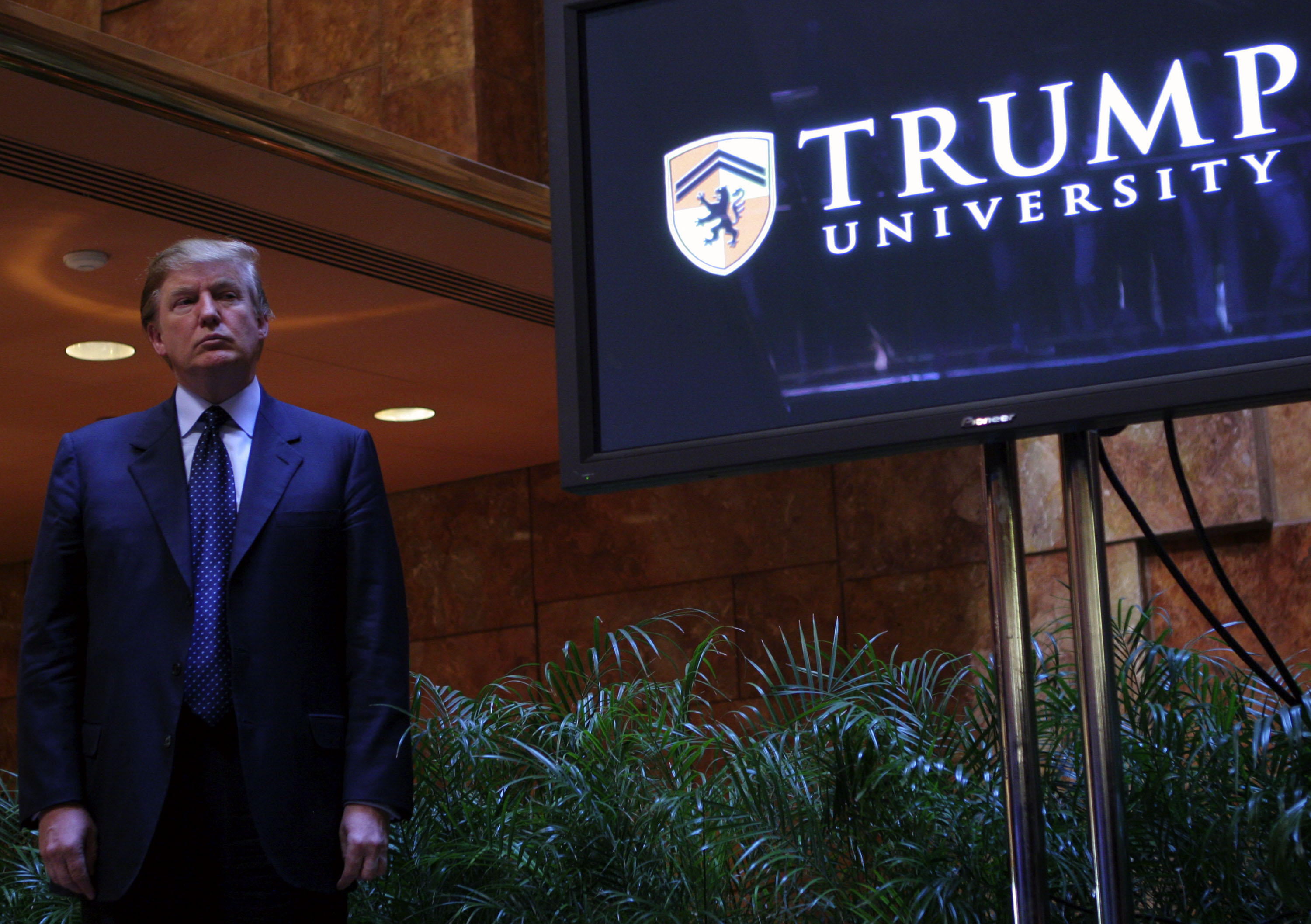 A former student of Trump University is taking at least one of Donald Trump’s tips from “The Art of the Deal” to heart: she’s fighting back.

A U.S. judge will hear arguments on Thursday about whether to grant final approval to the settlement.

Simpson filed court papers earlier this month arguing the class action settlement should not have contained a provision barring her and other students from opting out and suing Trump on their own.

The objection raises the possibility the litigation could continue to dog Trump’s presidency. During the campaign, Trump vowed to fight the fraud claims but agreed to the settlement soon after the election. Under the deal, Trump admitted no wrongdoing. At the time of the settlement, New York Attorney General Eric Schneiderman called it a “stunning reversal by Donald Trump.”

Lawyers for Trump and those representing thousands of other students in two class actions will urge U.S. District Judge Gonzalo Curiel in San Diego to overrule the objection and approve the deal.

The students, who paid as much as $35,000 for the seminars, are expected to recover more than 80 percent of the money they paid.

Though Simpson’s lawyer, Gary Friedman, called the settlement “laudable,” he said his client wanted to press for a full recovery, as well as punitive damages and other relief. He is planning to argue the deal should be rejected unless she is allowed to do so.

“She wants to hold Donald Trump accountable for this fraud—this racketeering activity is really what it is,” Friedman told Politico in an interview. “Our position is we just don’t like seeing this swept under the rug and it shouldn’t be. This is the most base kind of fraud.”

Simpson and other students claim they were lured into the seminars by false promises that they would learn Trump’s investment strategies from his “hand-picked” instructors. Trump admitted he did not personally select the instructors but said the claim was sales “puffery.”

Rachel Jensen, a class action lawyer for the students, said in a court filing that some 3,730 students submitted claim forms. Two filed objections but only Simpson’s lawyers are expected at the hearing.

In court papers, both Jensen and Daniel Petrocelli, a lawyer for Trump, suggested Simpson’s objection might be politically motivated. They noted she appeared in an anti-Trump political ad in February 2016.

“Defendants paid $25 million to avoid the uncertainty that political opponents might solicit opt-outs to force a high-profile trial,” Jensen said.

Friedman denied any political motive and said he would appeal if the judge overruled the objection.