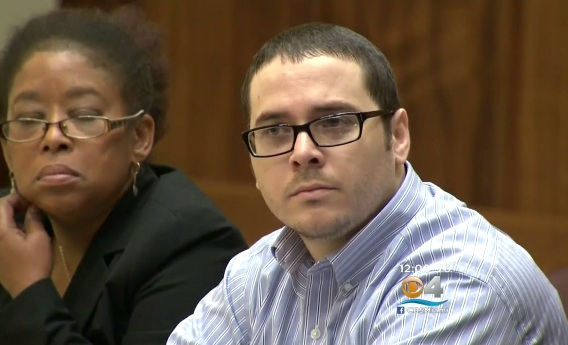 MIAMI -- A judge has sentenced a South Florida man a second time to life in prison for fatally stabbing his middle school friend when they were both 14.

Miami-Dade Circuit Judge John Schlesinger delivered his ruling Monday in the case of 26-year-old Michael Hernandez, who had sought to reduce the prison sentence he is serving for killing Jaime Gough in 2004 in a middle school bathroom.

Prosecutors wanted Hernandez to remain behind bars for life, while Hernandez insisted his mental state improved and apologized during a recent hearing to the Gough family.

The judge said on Monday he had reviewed all the legal arguments and could not find a reason that would spare him a life sentence, reports CBS Miami. He also said that Hernandez had not shown any remorse for taking the life of his friend. Instead, Schlesinger added, that the 26-year-old remains fascinated by "grotesque" and "violent" acts.

Testimony also indicated that Hernandez remains obsessed with death and becoming a serial killer. Recorded jailhouse calls showed how he glorified mass shooters and asked his father to play him songs that center around dismemberment and throat slashing, according to the station.

"How is someone not sickened by this," Schlesinger said. "I find he is the same person he was in 2004. He has no empathy for the victims of these crimes. This case is that uncommon case that does require a life sentence."

Earlier this month, Hernandez testified that he didn't realize that he was not thinking properly until he began talking to a psychologist, reports CBS Miami. He had been reportedly suffering from delusions, including what he referred to as a "world cleansing."

"He asked me whether I thought I could actually pull off killing all six billion people in world and it dawned on me just then, because I had believed it, it dawned on me how illogical that was," said Hernandez.

After the life sentence was upheld, Hernandez was told that that term will be up for review in 13 years and he could be eligible for parole after 25, according to the station.

The original life sentence had to be reconsidered after the U.S. Supreme Court ruled in 2012 that juveniles could not automatically be sentenced to life without chance of parole.