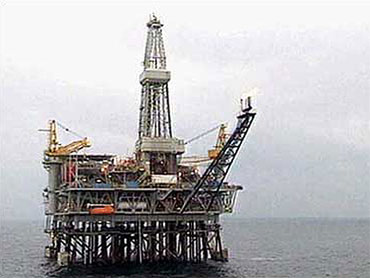 In an unusually harsh ruling, a federal judge this afternoon blocked the Obama administration's six-month ban on deepwater off shore drilling, slamming the government for relying on "incomprehensible" studies and making "factually incorrect" arguments that abused "reason (and) common sense."

The hard-hitting, 22-page opinion by Federal District Court Judge Martin Feldman said the government failed to show that the BP oil spill meant all other rigs were also in danger of failing. As such, he said, the moratorium simply went too far.

Feldman also skewered the administration for mischaracterizing the views of engineering experts in order to justify the moratorium.

Feldman called the Deepwater Horizon oil spill "an unprecedented, sad, ugly and inhuman disaster," but noted it was only the fourth such incident worldwide in 41 years, and the first ever in the Gulf of Mexico.

"If some drilling equipment parts are flawed, is it rational to say all are? Are some airplanes a danger because one was? All oil tankers like Exxon Valdez? All trains? All mines?" he wrote. "That sort of thinking seems heavy-handed and rather overbearing."

But he said the government, without justification, arbitrarily made the sweeping conclusion that "all Gulf deepwater drilling activities put us in a universal threat of irreparable harm."

That arbitrary conclusion already was causing irreparable economic harm to the Gulf region, he said.

"The blanket moratorium, with no parameters, seems to assume that because one rig failed and although no one yet fully knows why, all companies and rigs drilling new wells over 500 feet also universally present an imminent danger," Feldman wrote.

The Obama Administration issued the moratorium, which suspends all pending and current drilling operations of new deepwater wells in the Gulf and in the Pacific, on May 28 after a 30-day safety study. The government consulted government and academic experts in the study, as well as industry and advocacy groups.

Interior Secretary Ken Salazar then issued a report recommending the six-month moratorium on permits for new wells using floating rigs and an immediate halt to drilling operations on 33 permitted wells that were using floating rigs in the Gulf. It defined "deepwater" as greater than 500 feet.

But Feldman slammed the administration for presenting information to the Court that he characterized as "factually incorrect." The inaccurate information, he said, "might cause some apprehension" about the integrity of the study led to the report.

Specifically, Feldman suggested the government misrepresented the recommendations of seven engineering experts to justify the moratorium.

"Much to the government's discomfort and this Court's uneasiness, the summary also states that 'the recommendations contained in this report have been peer-reviewed by seven experts identified by the National Academy of Engineering.'

"As the plaintiffs, and the experts themselves, pointedly observe, this statement was misleading," Feldman wrote. "It was factually incorrect."

In fact, Feldman said, five of the National academy experts and three of the other experts have publicly stated they "do not agree with the six-month blanket moratorium" on floating drilling.

They envisioned a more limited moratorium, but a blanket moratorium was added after their final review and was never agreed to by them, Feldman wrote.

"The court is unable to divine or fathom a relationship between the findings and the immense scope of the moratorium," Feldman wrote.

The companies who challenged the moratorium pointed out that some 150,000 jobs are directly related to offshore operations, many of them relatively high paying, and that there are 3,600 drilling structures in the Gulf. That accounts for 31 percent of total domestic oil production, Feldman wrote.

Feldman said they proved they would suffer irreparable harm under the moratorium.

"The effect on employment, jobs, loss of domestic energy supplies caused by the moratorium as the plaintiffs (and other suppliers, and the rigs themselves) lose business, and the movement of the rigs to other sites around the world will clearly ripple through the economy and this region," he wrote.