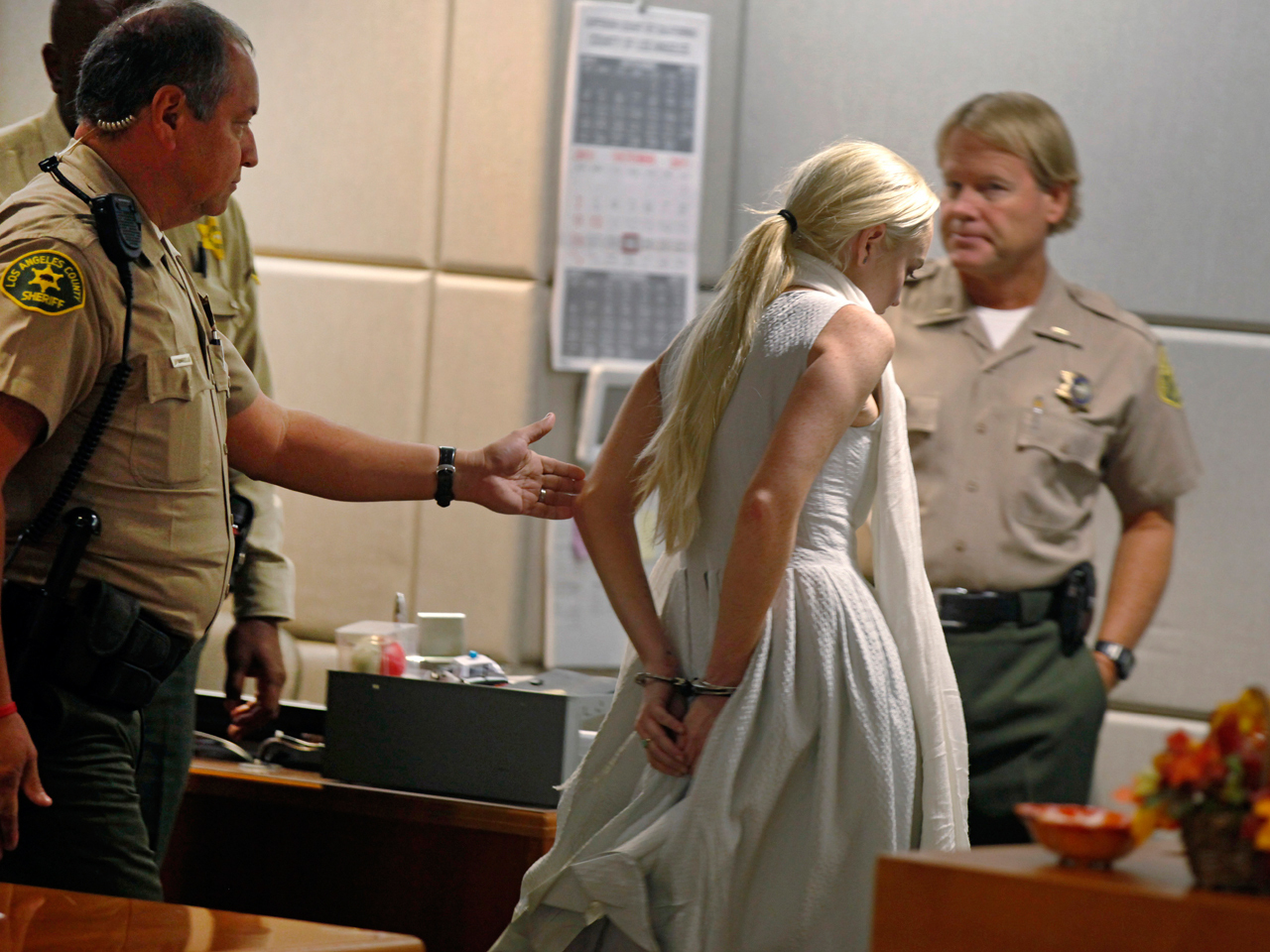 Lindsay Lohan was handcuffed and taken into custody on Wednesday after a judge found her to be in violation of her probation.

Bail has been set at $100,000, which the actress' spokesman said she immediately posted.

"Lindsay is hoping this matter will be resolved on Nov. 2 and the court will reinstate probation and allow her to continue fulfilling her community service," Steve Honig said.

Sautner said during a hearing attended by the actress that her ousting from a community service assignment at a women's shelter was a cause to revoke probation.

"There has been violation after violation," Sautner said.

A city prosecutor said the actress should be jailed, but Sautner said Lohan, 25, would be entitled to a hearing before being sentenced to jail over the violation.

A city prosecutor recommended jail time, but Sautner set a Nov. 2 hearing to decide whether Lohan should serve another period behind bars, where she has been sent four previous times only to be released early because of jail overcrowding.

Lohan had been ordered in April to serve 360 hours at the Downtown Women's Center, an agency that helps homeless women. Sautner said nine of Lohan's appointments at the center were "just blown off" and she "showed up once and left after an hour."

Lohan has since started serving hours with the American Red Cross, but Sautner said that would not count because it was not part of her sentence.

We're dealing with someone on probation," said Lohan's attorney, Shawn Holley. "Most people on probation don't always do things perfectly."

During the tense proceedings, Sautner criticized Lohan for failing to show up for her four-hour appointments at the women's center and taking six months to complete a court-ordered Shoplifters Anonymous course. The judge also asked how Lohan could have complied with her court-ordered weekly psychological counseling when she was traveling in Europe from Sept. 9 to Oct. 5.

"I don't know how she did that in person every week," said Sautner, who suggested Lohan complete a minimum of 16 hours of her community service at the county morgue before the Nov. 2 hearing.

The "Mean Girls" star has been in perpetual trouble with the law since May 2010, when another judge determined she violated her probation in a 2007 drunken driving case and sentenced her to jail and rehab. She faltered after being released early from a rehab facility early and was sent to the Betty Ford Center, where she got in an altercation with a rehab worker who later sued.

Within weeks of her release from Betty Ford, Lohan was accused of taking a $2,500 necklace without permission from an upscale jewelry store in Venice, Calif. Sautner determined the January incident constituted a probation violation, and Lohan was ordered to undergo psychological counseling and perform 480 hours of community service, with 120 hours to be spent at the county morgue.

Lohan later pleaded no contest to a misdemeanor charge in the necklace theft case, and served 35 days of a four-month sentenced on house arrest.