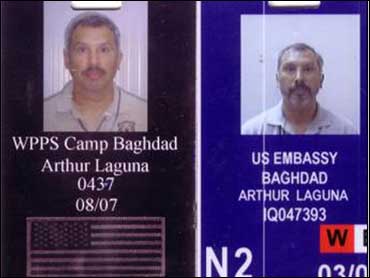 A federal judge has overturned a ruling revoking the Washington Redskins trademark, finding there was insufficient evidence to conclude that the name is disparaging to American Indians.

U.S. District Judge Colleen Kollar-Kotelly issued the ruling in connection with a 1999 decision by a panel of the U.S. Patent and Trademark Office. But she also made clear that her ruling does not address the issue of whether the name "Redskins" actually is offensive to Indians.

Redskins spokesman Karl Swanson said the team hadn't reviewed the entire ruling but "from what we've been told by our attorneys, we are pleased."

The lawsuit began in 1992 when seven American Indians, led by Suzan Shown Harjo, asked the trademark office to cancel six trademarks containing the word "Redskin." In 1999, the Trademark Trial and Appeal Board granted a petition to cancel the team's trademark registrations because of a federal law, the Lanham Act, that prohibits registering names if they are "disparaging, scandalous, contemptuous or disreputable."

If the team lost, it could have been stripped of the exclusive rights to market the Redskins name. Harjo said she hoped this would lead team owner Dan Snyder to change the team's name, although he had pledged not to do so, regardless of the outcome of the case.

In her 84-page decision, issued late Tuesday, Kollar-Kotelly also found that the activists waited too long to make their claims under the law, which was in effect when the Redskins trademarks were registered in 1967.

Kollar-Kotelly criticized the trademark board for improperly relying on testimony from several linguists, which she said was too inconclusive. She also chastised the board for basing its decision in part on a 1996 survey of American Indians that found a majority found the term "Redskin" offensive.

"The board premised its disparagement conclusion on a paucity of actual findings of fact that were linked together through inferential arguments that had no basis in the record," Kollar-Kotelly wrote.

"There is no evidence in the record that addresses whether the use of the term "redskin(s)" in the context of a football team and related entertainment services would be viewed by a substantial composite of Native Americans, in the relevant time frame, as disparaging," she wrote.

Michael Lindsay, a lawyer for Harjo and the other petitioners, said his clients would consider an appeal.

"After a decade-long struggle and a unanimous victory before a three-judge panel before the Trademark Trial and Appeal Board, we are disappointed in the ruling, and the struggle continues."

The Washington Redskins were originally located in Boston and called the Boston Braves until they were purchased by George Preston Marshall in 1932. Marshall changed the name of the team in 1933 to the Boston Redskins in honor of the team's head coach, William "Lone Star" Dietz, who was an American Indian.

The team moved to Washington in 1937 and was renamed the Washington Redskins.