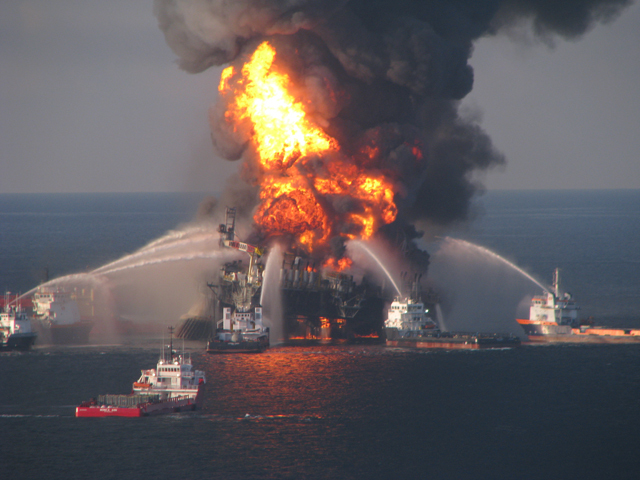 NEW ORLEANS A U.S. judge on Thursday approved Transocean Ltd.'s agreement with the Justice Department to plead guilty to a misdemeanor charge and pay $400 million in criminal penalties for its role in the 2010 Gulf of Mexico oil spill — the worst offshore oil disaster in the country's history.

The Swiss-based drilling company could have withdrawn from the deal if the judge had rejected it. Last month, Transocean agreed to plead guilty to a misdemeanor charge of violating the Clean Water Act and pay $1 billion in civil penalties. A different judge will decide whether to accept that part of the settlement.

Transocean owned the rig Deepwater Horizon, which exploded and sank over BP's Macondo well in April 2010. The accident killed 11 workers.

People around the world watched for months as the well spewed oil until a way was found to cap it.

The $400 million in criminal penalties Transocean agreed to pay would be the second-highest criminal environmental recovery in U.S. history, trailing only BP's $4 billion payment.

Much of the $1.4 billion Transocean agreed to pay will fund environmental-restoration projects and spill-prevention research and training.

British oil giant BP separately agreed to pay a record $4 billion in criminal penalties and has pleaded guilty to manslaughter and other criminal charges related to the spill. The deal with BP PLC, which another U.S. District judge approved last month, doesn't resolve the federal government's civil claims against the oil company.

Last week's court filing says the failure by BP rig supervisors and Transocean crew members to properly investigate abnormally high pressure readings during a crucial safety test, called a negative test, was a "proximate cause" of the blowout and spill. But it was BP that determined whether and how the testing would be conducted, the filing adds.

"BP, through its (supervisors) stationed on the Deepwater Horizon, was responsible for supervising the negative testing, and had the ultimate responsibility to ensure all operations, including the negative test, were conducted safely and according to the industry standard of care," it says.

Transocean has two years to pay the $1 billion civil penalty. Transocean previously announced it had reserved $2 billion for paying claims tied to the Deepwater Horizon disaster.

Transocean also said in a September regulatory filing that it rejected settlement offers last year from BP and a group of lawyers representing Gulf Coast residents and businesses who blame the spill for economic damage. Those claims are still pending.

The first phase of a trial scheduled to start Feb. 25 is designed to identify the causes of BP's Macondo well blowout and assign percentages of fault to the companies involved.