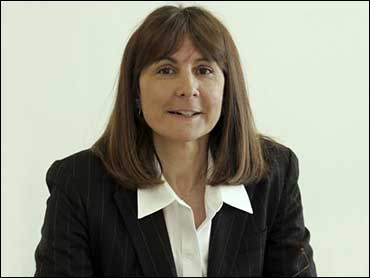 Leaders of a prominent Southern Baptist seminary who believe women are biblically forbidden from teaching men were within their rights when they told a female professor to leave, a federal judge has ruled.

Sheri Klouda, now a professor at Taylor University in Upland, Ind., was the only female professor teaching at the Southwestern Baptist Theological Seminary's School of Theology when officials decided not to renew her contract in 2006. Klouda claimed seminary officials breached an oral contract guaranteeing she would remain employed if her performance was favorable.

Seminary officials maintain Klouda was not dismissed but was told she would not be granted tenure. They said their actions were based on ecclesiastical decisions protected under the First Amendment's religion clauses. U.S. District Judge John McBryde agreed, dismissing Klouda's claims Wednesday.

"I'm disappointed by the outcome but ... it wasn't totally unexpected," Klouda said from her home in Indiana. "Generally speaking, federal courts try to avoid becoming entangled in matters dealing with religious institutions."

Klouda, who departed the seminary in Fort Worth after six years of teaching there, said she's considering appealing the decision.

Seminary President Paige Patterson issued a statement saying he is thankful for the decision.

"My response is simply one of gratitude to God and to a host of people," he said. "Americans everywhere may still rejoice in freedom of faith and the ordering of their churches and institutions accordingly."

Ten women are among the seminary's full-time faculty of 116. Only one works in the theology division and she teaches only women's classes, spokesman Thomas White said.

Klouda's departure was one example of the division between conservative and moderate factions within the Southern Baptist Convention. The case has prompted discussions about the role of women in the nation's largest Protestant denomination, which has more than 16 million members.

According to the 2000 Baptist Faith and Message, the denomination's most recent statement of beliefs, both men and women can serve the church but the office of pastor is limited to men. The statement is based on a verse in 1st Timothy in which the Apostle Paul says, "I permit no woman to teach or have authority over a man."

After he was elected seminary president, Patterson told officials he believed all those teaching future ministers at the school of theology should be qualified to serve as pastors themselves. Klouda alleged in court documents Patterson told her she was a mistake the trustees needed to fix.

Klouda points out she taught Hebrew and Aramaic at the seminary.

"The biggest contradiction is that Dr. Patterson and Southwestern and ... all of us agree that I am not a minister or pastor," Klouda said.