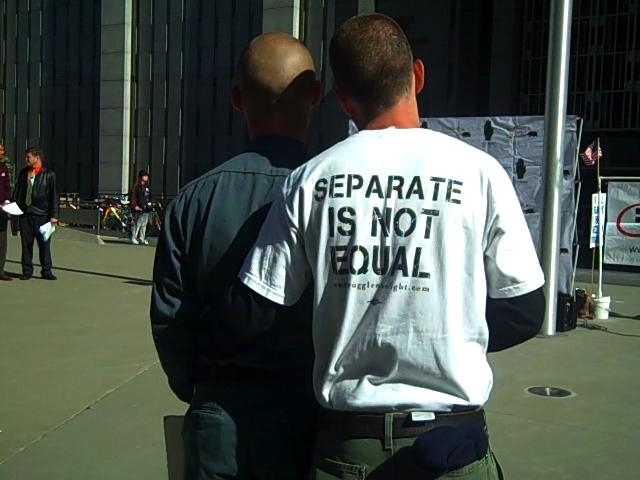 This post was written by CBS News digital journalist Megan Kelty, who is at the San Francisco Superior Court for today's closing arguments in the legal battle over California's law against same-sex marriage.

Lawyers are back in the courtroom today delivering closing arguments in the legal battle over California's law against same-sex marriage.

The closing arguments were delayed almost five months to give Walker time to review the evidence. The judge opened today's proceedings explaining the delay but said the timing may be fortuitous: "June, after all, is the month for weddings."

Supporters of the challenge rallied outside the courthouse this morning.

Jeff Zarrillo, one of the plaintiffs in the trial told the crowd, "All we're asking the court to do is make sure we're protected under our Constitution like everyone is supposed to be."

This is the first federal trial to examine whether gay marriage bans violate civil rights. The judge could hand down his decision to uphold or strike down the voter-approved ban in a matter of weeks. The case is expected to eventually reach the U.S. Supreme Court.