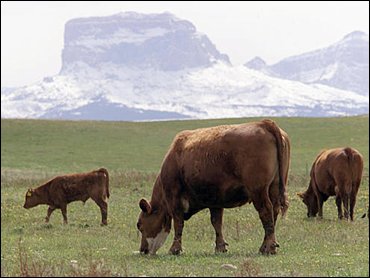 A federal judge threw out a jury's $1.28 billion verdict against the nation's largest beef packer, Tyson Fresh Meats Inc., ruling Friday that it did not illegally manipulate cattle prices.

U.S. Senior District Judge Lyle Strom said the cattlemen who sued the Arkansas-based company failed to produce evidence at trial to support the verdict "with respect to both liability and damages."

Strom granted a motion filed by Tyson, which had denied using its contracts with a select few ranchers to drive down cattle prices for other producers.

Tyson Fresh Meats Inc., the beef division of Tyson Foods, had asked Strom to throw out the jury's Feb. 17 verdict against the company or grant a new trial. The group of cattlemen suing Tyson wanted the judge to approve the verdict and set a schedule for damage claims and other relief.

Jurors found Tyson used its contracts to create a captive supply of cattle that it used as leverage to drive down the price of cattle on the open, or cash, market. The jury found Tyson's actions depressed the cash market by $1.28 billion from February 1994 to October 2002.

"Defendant's use of captive supply arrangements is supported by legitimate business justification of competing in the industry," the judge wrote.

Six cattlemen sued Tyson, known then as IBP Inc., in 1996 claiming the company's use of these contracts, or marketing agreements, violated the federal Packers and Stockyards Act.

The suit was granted class-action status, with the six plaintiffs claiming to represent as many as 30,000 ranchers who sold cattle to Tyson on the cash market during the time in question.

In asking Strom to throw out the verdict, Tyson argued that the jury didn't follow the law closely enough. The company also suggested that the subject matter and applicable law may have been too complex for the jurors.