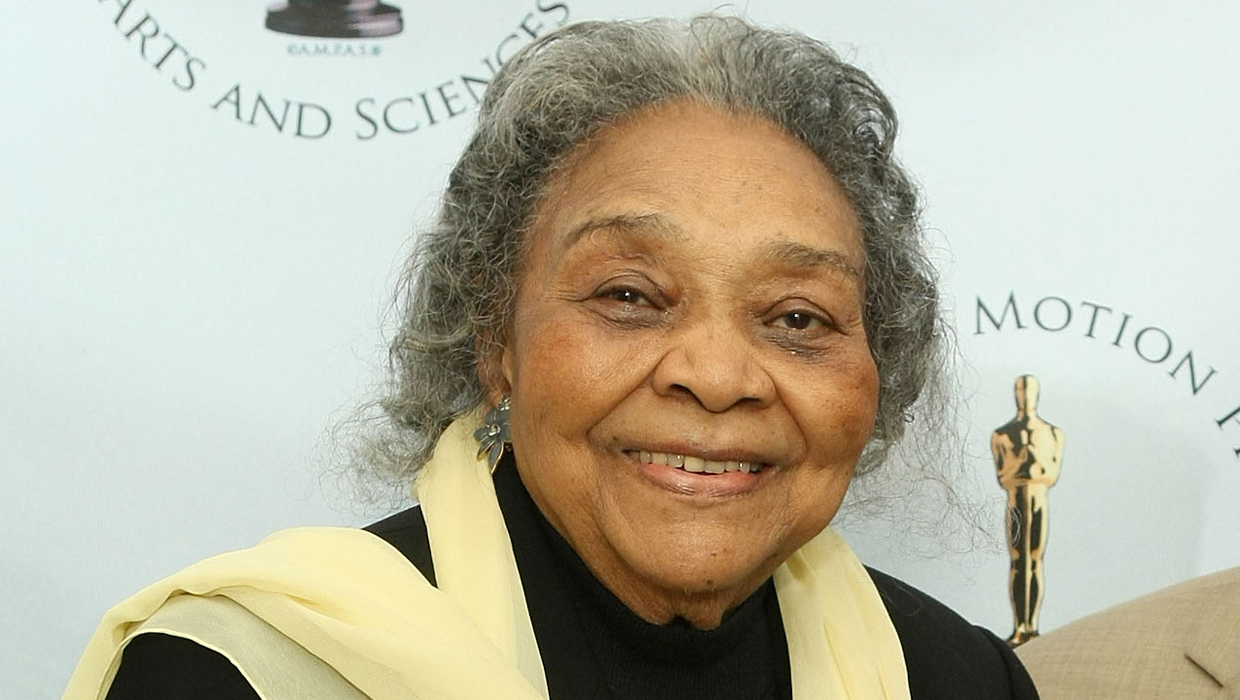 Juanita Moore, a groundbreaking actress and an Academy Award nominee for her role as Lana Turner's black friend in the classic weeper "Imitation of Life," has died.

Actor Kirk Kelleykahn, her grandson, said that Moore collapsed and died Wednesday at her home in Los Angeles. She was 99, according to Kelleykahn. Accounts of her age have differed over the years.

Moore was only the fifth black performer to be nominated for an Oscar, receiving the nod for the glossy Douglas Sirk film that became a big hit and later gained a cult following. The 1959 tearjerker, based on a Fannie Hurst novel and a remake of a 1934 film, tells the story of a struggling white actress' rise to stardom, her friendship with a black woman and how they team up to raise their daughters as single mothers.

It brought supporting actress nominations for both Moore and Susan Kohner, who played Moore's daughter as a young adult attempting to pass as a white woman. Kohner's own background is Czech and Mexican. By the end, Turner's character is a star and her friend is essentially a servant. The death of Moore's character sets up the sentimental ending.

"The Oscar prestige was fine, but I worked more before I was nominated," Moore told the Los Angeles Times in 1967. "Casting directors think an Oscar nominee is suddenly in another category. They couldn't possibly ask you to do one or two days' work. You wouldn't accept it. And I'm sure I would."

Moore also had an active career in the theater, starting at Los Angeles' Ebony Showcase Theatre in the early 1950s, a leading black-run theater. She also was a member of the celebrated Cambridge Players, with other performers including Esther Rolle and Helen Martin.

Her grandson is currently president and CEO of the Cambridge group.

She appeared on Broadway in 1965 in James Baldwin's play "The Amen Corner" and in London in a production of "Raisin in the Sun."

"The creative arts put a person on another level," she told the Los Angeles Times. "That's why we need to bring our youngsters into the theater."

Her first film appearance was as a nurse in the 1949 film "Pinky." As with other black actresses, many of Moore's early roles were as maids. She told the Times that "real parts, not just in-and-out jobs," were opening up for black performers.

Among Moore's other films were "The Girl Can't Help It," "The Singing Nun," "Paternity" and "The Kid." Her TV credits include "The Alfred Hitchcock Hour," "Adam-12," "Judging Amy" and "ER."

Born in Los Angeles, Moore got her start in show business as a chorus girl at New York's Cotton Club, then joined the Ebony theater.

She was the widow of Charles Burris. She is survived by her grandson and two nephews.