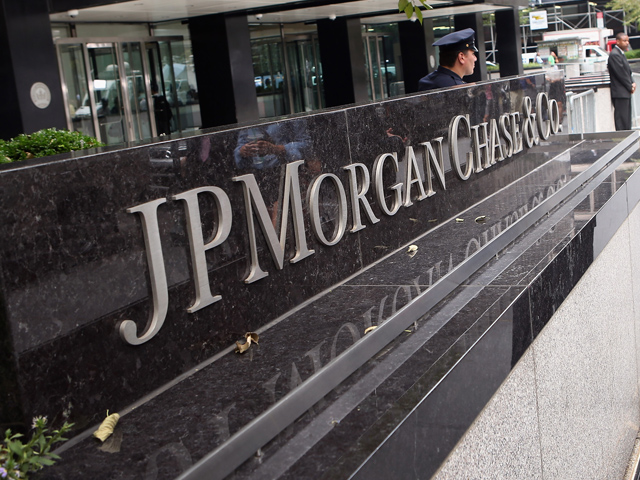 It was the second round of management reorganization at JPMorgan since May 10, when the firm revealed a trading loss that has since ballooned to up to $5.8 billion. The loss has prompted two congressional hearings and led to investigations from international regulators.

The loss has also come to represent the risky bets taken at large banks that can jeopardize the global financial system, barely four years after the financial crisis that hurtled the country into the deepest recession since the Great Depression.

It was also viewed as a glaring example of how difficult it is to run a large bank with large far flung businesses. It has led to calls to break up the big banks and also for the resignation of CEO Jamie Dimon, who up until then had built a reputation as a steady leader. Dimon initially called the trade a "tempest in a teapot," before backtracking and revealing the scope of losses and apologizing several times for his mischaracterization.

The management announcements on Friday appear to be the bank's attempt to restore the investors' trust in the bank.

"Today's appointments are a natural step in aligning our businesses more closely to make our company even stronger," Dimon said in a statement.

Some analysts were left scratching their heads after the announcement, trying to figure out what the reshuffle meant.

"JPMorgan is sending message that it is breaking up Main Street from Wall Street," said Mike Mayo, a banking analyst at brokerage CLSA.

In announcing the management changes, JPMorgan has combined its consumer businesses under one umbrella and its investment banking under another. Mayo believes it was the bank's attempt to show that its Main Street banking operations which offer checking and savings accounts and mortgage loans are being managed completely separately from its more volatile and risky investment banking businesses.

Many academics and lawmakers have said that they should bring back financial legislation that barred consumer banks from investment banks. That law, known as the Glass-Steagall Act, was repealed in 1999.

Earlier this week, in an ironic twist, one of the best-known proponents of big banks Sandy Weill said in an interview on CNBC that big banks should be broken up. Weill built his reputation as an empire builder and brought together investment banking, consumer banking and insurance under the one big umbrella of Citigroup, which he led as CEO. Weill is also seen as the chief architect behind the repeal of Glass-Steagall.

Other analysts didn't think that these were major changes. Paul Miller, bank analyst at broker FBR Capital Markets, said that most of the division heads were familiar names.

"On the surface it looks like status quo," said Miller.

Among the appointments announced Friday, the biggest promotion went to Matt Zames who takes on the title of chief operating officer. It is being read on Wall Street as the clearest sign yet that he is being groomed to succeed Dimon.

Zames' career has recently been on an upward trajectory. Until the trading loss was announced on May 10, 41-year-old Zames was co-head of global fixed income at the investment bank. He was promoted soon after to replace Ina Drew, the chief investment officer who oversaw the division where the loss occurred. Drew resigned in the days after the loss was revealed.

Zames will share the role with Frank Bisignano who is also chief administrative officer at the firm. Bisignano was tapped last year to lead the beleaguered mortgage banking business, which had contributed to major losses for the bank and also embarrassments when it was found out that that division had unlawfully foreclosed on homes of service members while on active duty.

Among other appointments were:

Mike Cavanagh and Daniel Pinto have been named to be co-CEOs of the corporate & investment bank.