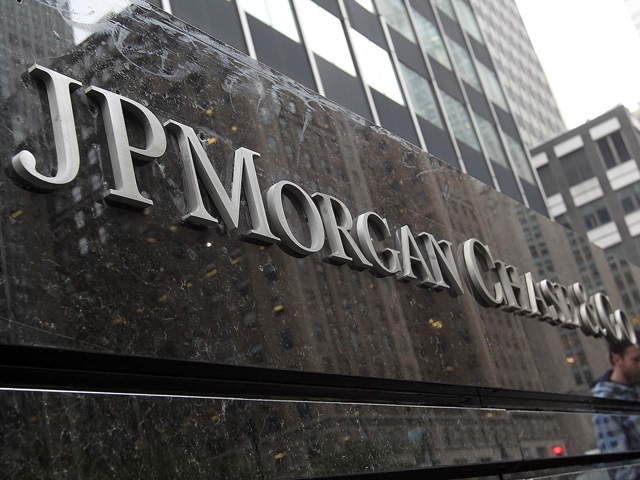 The results include a pretax loss of $4.4 billion, or $0.69 per share, from the Chief Investment Office in the U.K. stemming from a series of trades earlier this year by a trader at the company dubbed the "London whale." In a conference call to discuss the bank's results, JPMorgan CEO Jamie Dimon said that the worst-case scenario for unwinding the remainder of the trade would amount to an additional $1.7 billion hit. JPMorgan chief financial officer Doug Braunstein said that the year-to-date losses from the trade, including first-quarter results, were $5.8 billion.

As Dimon had previously predicted in wake of the trading blunder, JPMorgan was solidly profitable in the second quarter. The investment-banking arm made $1.91 billion, down 7 percent from a year ago but up 14 percent from the first quarter. Additionally, the bank's retail services business, which serves consumer and small-business clients, reported a profit of $2.27 billion, a huge increase from $383 million a year ago and up 29 percent from the first quarter.

But the bank raised eyebrows when it reported this morning that its first-quarter net income fell by $459 million, or 8.5 percent. What is notable from in the 8-K filing is the following disclosure:

"Recently discovered information raises questions about the integrity of the trader marks, and suggests that certain individuals may have been seeking to avoid showing the full amount of the losses being incurred in the portfolio during the first quarter. As a result, the firm is no longer confident that the trader marks used to prepare the firm's reported first quarter results (although within the established thresholds) reflect good faith estimates of fair value at quarter end."

In other words, some of the firm's traders fudged the numbers to shrink the loss from the trade. Remember that what Dimon previously admitted was a "flawed, complex, poorly reviewed, poorly executed, and poorly monitored" synthetic derivatives strategy was not widely traded. As a result, JPMorgan must rely on internal marks to determine the value of its trading positions at any given time.

The company's disclosure suggests that the traders may have intentionally inflated the value of the position. This will likely kick off a new phase of the regulatory investigation into the trading loss. It also could undermine Dimon's claim in the earnings call that the bank had "put most of this problem behind us."

In the call, Dimon called the London whale incident an "accident," admitted that the company had "shot ourselves in the foot," and said the entire process has "shaken our company to the core." In an effort to clean up the damage, the bank has shut down the risky trading activities at the CIO, overhauled management, and enhanced the governance standards within the group. The London office will now maintain a more conservative approach, the bank said.

JPMorgan also said that top managers in its London office involved in the trading loss have been dismissed without severance pay, although the company did not specify how many people had been let go. The bank said it will "claw back" two years' pay from those executives.According to JP Morgan, a "claw back review or other recovery mechanism may be initiated as a result of a material restatement of earnings or by acts or omissions of employees...including a failure to supervise in appropriate circumstances." Looks like the London Whale qualifies for a claw back.