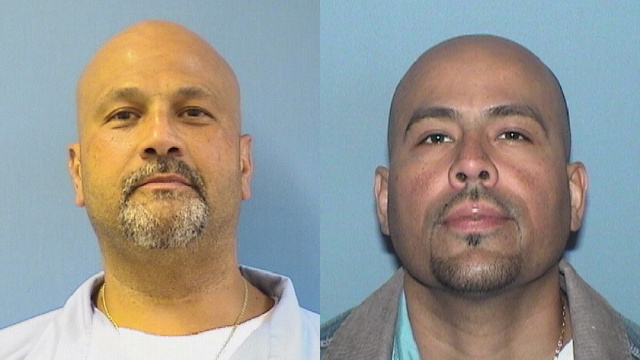 COOK COUNTY, Ill. -- Prosecutors in Chicago on Wednesday dropped charges against two men imprisoned more than 20 years for a 1993 murder after allegations of misconduct by police investigators.

Jose Montanez and Armando Serrano were expected to be released almost immediately from Illinois prisons after Cook County prosecutors announced their decision not to retry the men. Prosecutors' decision came after an appeals court ruling last month found "profoundly alarming acts of misconduct" led to the men's convictions in the death of Rodrigo Vargas.

"The principal witness from the trial has since submitted an affidavit that the trial testimony he gave was 'false in all respects' and it was coerced by the detectives investigating the murder," the court stated in its ruling.

Both men have long said they are innocent.

"I'm so happy I don't know what to say," said Montanez's mother, Carmen Montanez, crying for a moment outside court Wednesday morning. "I was praying to God every day that this day would come. Thank God it's finally over with and I can have my son home finally and I can enjoy a Christmas, a Thanksgiving and a birthday for him that we've missed for 23 years."

Both Serrano and Montanez were convicted and sentenced to 55 years in prison on the testimony of Francisco Vicente, a heroin addict who allegedly told police Detective Reynaldo Guevara that the two men had confessed to killing Vargas as he left his apartment for work.

Vicente later recanted his testimony, telling students from Northwestern University's Medill Justice Project in 2004 that Guevara fed him the story.

"He was a heroin addict who had six felony cases pending against him at the time and he took a deal in exchange for his testimony, which he later recanted and said was coerced by the Chicago police detective who worked the case," said Montanez's attorney Russell Ainsworth, who is with The Exoneration Project at the University of Chicago.

Guevara has been implicated in multiple cases in which convictions were overturned, and in 2013 invoked his Fifth Amendment right against self-incrimination when he took the stand in a different case, according to the Chicago Sun-Times.