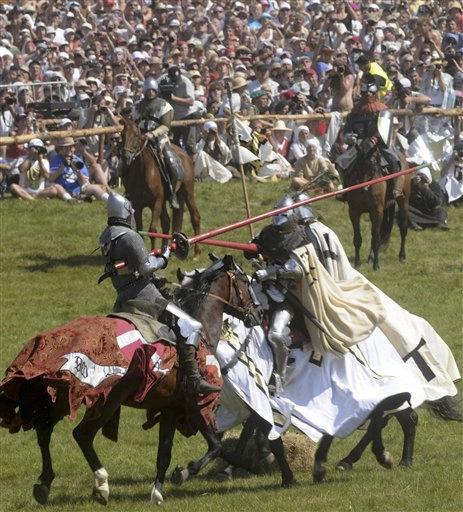 When Correspondent Mike Wallace first reported this story in February, former slugger Jose Canseco - variously called "The Bad Boy of Baseball" or "The Godfather of Steroids" - was about to release his book, "Juiced," an account of his use of anabolic steroids and human growth hormone.

In the book, and in his interview with 60 Minutes, Canseco claimed widespread use of steroids in Major League Baseball, and he named names, some of them superstar players.

Following this story, several of those players, including Mark McGwire and Rafael Palmeiro, were called to testify before Congress about steroids in baseball.

None of them admitted using steroids, and Palmeiro vehemently denied the charge: "I have never used steroids. Period. I don't know how to say it any more clearly than that. Never."

This past week, Palmeiro failed a drug test under the league's new steroid policy, and was slapped with a 10-game suspension. He has now revised his position and released a statement claiming that he never intentionally used steroids.

None of this comes as any surprise to Canseco, who told his story to Wallace.

"And what you're doing to baseball now, you're taking on the whole baseball establishment," says Wallace.

"I don't know if I'm directly trying to take on the whole baseball establishment," says Canseco. "I'm just basically telling a story of my life."

His book, "Juiced," has put Major League Baseball and its author on the hot seat. Canseco writes about his 16-year career as a Major League ball player, and he says that from his first season, to his last in 2001, he used illegal anabolic steroids and human growth hormone.

"You essentially strengthened your body and your performance with a cocktail of steroids and growth hormones," says Wallace.

Where did he inject it? "Into your gluteus maximus, which is your butt muscle," says Canseco, who admits it's illegal to use, unless prescribed and administered by a licensed doctor.

Those illegal drugs helped fuel a larger-than-life career for Canseco, whose many home runs were monster shots. In 1988, Canseco hit 42 home runs and stole 40 bases. It was a feat never seen before.

"You say this, 'I would never have been a Major League-caliber player without steroids.' Right," asks Wallace.

"Well, it's a true statement. No ifs and buts about it," says Canseco.

And how much of his career success does he attribute to the use of steroids?

As early as his MVP season in 1988, there were whispers that Canseco was using steroids, and he denied these accusations throughout his entire career. But his activities off the field fanned the flames. He was arrested numerous times. Psychologists say that steroid use can stimulate aggressive behavior in some people, behavior sometimes called 'roid rage.

In 1989, he was arrested in California for carrying a loaded semi-automatic pistol in his car. In 1992, he was charged with aggravated battery for allegedly ramming his then-wife Esther's BMW with his Porsche. In November 1997, he was arrested and jailed for allegedly smacking his estranged bride of one year. And on Nov. 13, 2001, he was arrested with his brother after a fight at a Miami Beach nightclub on Halloween. He attacked two tourists, leaving one with a broken nose, and the other with 20 stitches in his lip.

"All of these are in the record," says Wallace.

"Are we to say that any individual who's on steroids that has an angry moment is due to steroids," asks Canseco. "What about the individual who gets angry and kills someone who's not on steroids? What do we blame it on now?"

Does he have any shame that illegal drugs fueled his career?

"That's a tough question. Because I tried to everything possible to become the best player in the world," says Canseco. "Do I believe steroids and growth hormones helped me achieve that? Yes. Were there a lot of other players doing it that I had to compete against? Yes."

"What you're saying is that you were a living steroids experiment for your entire career," says Wallace.

"Yes, that's what I was," says Canseco, who claims he knows more about steroids than most trained physicians, and that he actively counseled other players about using anabolic steroids and human growth hormone.

Did he give some of his steroids to other players? "Not mine, no," says Canseco. "Did I put them in contact with the people to acquire them? Yes. Did I educate them on how to use them properly, and what way, shape, or form, and when, and with what supplements? Yes. Absolutely."

Where did he get steroids? "You get them anywhere. You can go right here to the corner gym and get it," says Canseco. "It's that simple. It's that easy. But obviously, I don't recommend using them or getting them without supervision, or a prescription, because they are illegal." Canseco's admission that he used steroids for his entire career has surprised almost no one in baseball. But everyone in the game is stunned that he has gone farther in the book than they expected. He names five names, players he claims to have used steroids with.

And at the top of the list is Mark McGwire.

"Mark and I weren't really in a sense of buddy buddies," says Canseco, who says McGwire used steroids with him. "We were more acquaintances than actually anything else. But there are certain subjects that we could talk about, like obviously steroids and so forth."

The gargantuan McGwire was best known for his remarkable 1998 season, the year he shattered one of baseball's most hallowed records, Roger Maris' single season home-run mark of 61 homers. Canseco played with McGwire at Oakland from 1986 to 1992, and again in 1997.

"You write repeatedly about injecting steroids and growth hormones with and into Mark McGwire," says Wallace. "Tell me about your firsthand experiences with McGwire and steroids."

"Just the first time, injecting them in his buttocks," says Canseco, laughing. "It wasn't like you gave a lot of thought. It was something so common."

"What we did more times than I can count was go into a bathroom stall together, shoot up steroids," read Wallace from Canseco's book. "After batting practice or right before the game, Mark and I would duck into a stall in the men's room, load up our syringes and inject ourselves. I would often inject Mark."

"I injected him probably twice," adds Canseco. "But it wasn't like, I mean, we would just walk in and a lot of times they were pill form. A lot of times, you would just, a quick injection of whatever and that's it."

"Well, I think it was more inject ourselves. I think I injected him. I mean, this is a long time ago. Once or twice for sure. I didn't keep track," says Canseco. "An athlete may prepare his needle and may ask another athlete to inject him quickly. And that's the way it works."

"And these were not allowed at that time in the league," asks Wallace.

In a statement to 60 Minutes, McGwire said: "Once and for all, I did not use steroids nor any illegal substance. The relationship that these allegations portray couldn't be further from the truth."

Canseco's first stint in Oakland ended in 1992, when he was traded to the Texas Rangers. Among his new teammates were future American League MVPs Juan Gonzalez and Ivan Rodriguez, as well as Rafael Palmeiro, who played against Canseco when the two of them were youngsters growing up in Miami.

In his book, Canseco writes that he used anabolic steroids with all three players.

"In '92, you were traded to the Texas Rangers," says Wallace. "Did you teach your new teammates how to use steroids?"

All three players have vehemently denied the allegations. Palmeiro's lawyer sent 60 Minutes a letter stating that: "Mr. Palmeiro categorically denies that he has ever engaged in illicit use of steroids or any substance banned by Major League Baseball."

Canseco spent three seasons in Texas, and then two in Boston, before rejoining McGwire at the Oakland A's in 1997. Another young player there at the time was Jason Giambi, who won the MVP award in 2000 and later went to the New York Yankees for a blockbuster $120 million, seven-year contract.

Canseco writes that Giambi was the most obvious steroid user in baseball. "We spoke about it quite in depth," says Canseco. "And you know, when I rejoined the team back in '97, we'd be working out, talking about it. You know, we'd go into clubhouses and do steroids. Bottom line."

He writes that "Giambi, McGwire, and I talked about steroids all the time."

"Especially in '97, yes. Especially when we were working out," says Canseco. "We talked about what each does and what."

"So you'd shoot up steroids and growth hormones with Jason Giambi as well," asks Wallace.

According to the San Francisco Chronicle, Giambi did admit to a federal grand jury that he had been using steroids at least since 2001. When asked by a reporter his reaction to what Canseco reportedly said, Giambi replied: "I think it's sad. I think it's delusional."

As for Canseco, he is unrepentant. Perhaps the most astonishing thing about his book, in the face of widespread medical evidence that the abuse of anabolic steroids causes serious health problems, is that he still endorses the use of steroids.

Cyprus: Searching for the money of Russian oligarchs
David Hancock