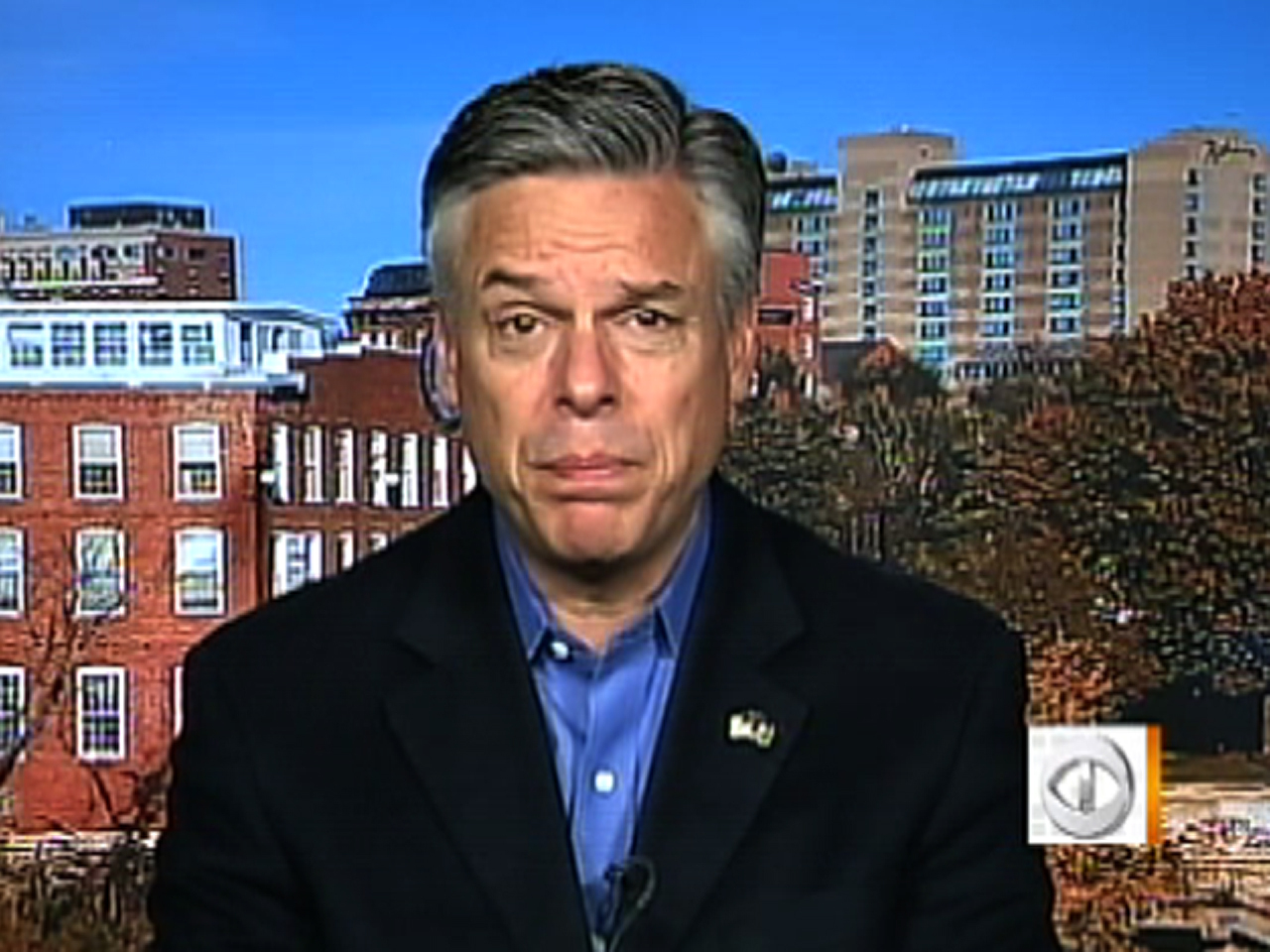 Republican presidential contender Jon Huntsman on Thursday expressed confidence in his decision to skip Iowa and bet the farm on New Hampshire.

"They pick corn in Iowa," Huntsman said on CBS' The Early Show, "and pick presidents here in New Hampshire."

Huntsman, who threw the zinger at the Hawkeye state from Manchester, New Hampshire, has opted to cut his losses in Iowa, where the nation's first presidential nominating contest takes place on Tuesday. Instead, he is betting his candidacy on the Granite state, which holds the nation's first primary just a week later, on January 10.

The latest poll out of New Hampshire, conducted by CNN, Time and ORC International, showed Mitt Romney with a strong lead at 44 percent. Huntsman placed fourth with 9 percent. Still, the former Utah governor said he was pleased to be making some gains, explaining he was previously the "margin of error candidate."

"Market expectations were low as we started this journey," he said. "Every town hall meeting we are doing, like last night, they are bigger and bigger with more people turning out, and we are connecting with our message, and I have every confidence that as always, New Hampshire is going to up-end conventional wisdom."

Skipping the Iowa caucuses may be a smart move for Huntsman, who draws skepticism from conservatives for his moderate language and service as ambassador to China under President Obama. Iowa Republican primary voters tend to be more conservative than their counterparts in New Hampshire, especially on social issues.

Still, Huntsman's strategy is a gamble. Iowa sometimes does pick presidents. Both Mr. Obama and former President George W. Bush won the Iowa caucuses during their primary bids -- and they both lost New Hampshire.

And his support in New Hampshire is not exactly solid as granite.

The conservative editorial board of the New Hampshire Union Leader ran astinging editorial Thursday morning, charging that Huntsman would be polling better in New Hampshire if he took a stronger stance on some issues important to conservatives, like global warming.

"In our conversations with Republican voters, activists and uncommitted operatives, the reaction to Huntsman can be summarized this way: We are not sure who this guy really is or what his message is," the editorial board wrote.