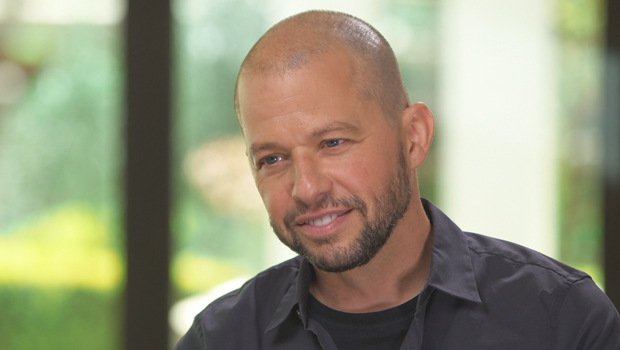 Jon Cryer enjoyed a very long run on the hit CBS series, "Two and a Half Men." And now that it's over, he's telling the whole truth about his career. Ben Tracy sat him down for this Sunday Profile:

In fact, Jon Cryer is not any of those things. What he is, is an actor coming off the biggest success of his career.

For 12 seasons he played Alan Harper on the hit CBS sitcom, "Two and a Half Men." The show ended its run in February, and Cryer decided to write a memoir, "So That Happened" (New American Library), about all the things that have happened to him during 30 years in show business -- some more R rated than PG.

The book's dedication reads: "To my beautiful children, Charlie and Daisy. (Please don't read the part about the prostitute.)"

"Yes, well, I thought I'd give 'em a little heads-up," Cryer laughed. "You know, as my five-year-old is going, 'Oh, okay, this isn't "Dr. Seuss," Dad.' I really felt like I had lived a very sort of sheltered life, and mostly had pretty good experiences in show business. But I had forgotten about some of the weirdness. And thankfully, in the process of writing the book, all of that weirdness came back."

Cryer, who is about to turn 50, was bit by the acting bug early. He grew up in New York City, and both of his parents were actors.

"When you're a little kid and you're backstage seeing all these crazy, magical people floating in and out of your life, it can't help but cast a spell on you," he said. "I wanted to be a part of that."

He spent his summers at theater camp where he honed his skills.

Cryer made it to the bright lights of Broadway in 1983. In both "Torch Song Trilogy" and "Brighton Beach Memoirs," he replaced another actor to whom he had an uncanny resemblance: Matthew Broderick.

And then came John Hughes' 1986 classic, "Pretty in Pink." Cryer played Phillip Dale, also known as "Duckie," and is forever remembered for this moment:

Tracy asked, "How much of you was in that character?"

"Duckie was the guy I wanted to be in high school," Cryer said. "I was a theater geek at a science geek school. So I did not fit in. I wore leg warmers. I'm not proud of it! I wish that I had been as extroverted and sure of myself as Duckie was. But that was not me."

His chemistry on- and off-camera with co-stars Molly Ringwald and Andrew McCarthy was a bit frosty.

"Molly and Andrew were very reserved people, and I'm a very outgoing person," Cryer said. "That could've worked out great, you know, that dynamic. But it didn't!" he laughed. "I think they were irritated by me from Day One "

Ringwald had wanted someone else to play Duckie: Robert Downey Jr. And the original ending of the film, in which Duckie gets the girl, had to be re-shot because test audiences didn't buy it -- and even booed.

After "Pretty in Pink" came a series of film flops, including one Cryer thought would be a blockbuster. He played Lex Luther's nephew in "Superman 4." It bombed.

Even Cryer's grandmother didn't like it. "Yes, that was the sword that really hurt."

The film choices segued to television roles, which didn't go particularly well. "Nope. I managed to blow that one as well," Cryer said.

Four cancelled network comedies ("The Famous Teddy Z," "Partners," "Getting Personal," "The Trouble With Normal") led to an article in Newsweek that essentially labelled Cryer a "show killer."

"After the 'show killer' thing -- I joke about it now, but at the time, it was a real issue for me in the industry," Cryer said. "There was not a lot of people that wanted to hire me for a while. I spent three years with very little work."

So in 2003 when he heard about a new show being developed called "Two and a Half Men," he wanted an audition. But word was that CBS Network president Les Moonves thought Cryer was damaged goods.

The message was, "Les Moonves, arguably the most powerful guy in the business of television, really doesn't want you for this," Cryer laughed in retrospect.

Moonves says it was more like, "'I'm not sure, let's see him audition,' and he did great!"

By every account "Two and a Half Men" was an instant hit. Then, eight years into their run, Charlie Sheen had an all-too-public meltdown, and forever redefined the word "winning."

Tracy asked Cryer, "Were you angry at all? Was it, 'I've worked so hard to finally have this kind of success and now you're jeopardizing it'?"

"At the time, I was not angry," replied Cryer. "I was just scared every day that I was going to read about Charlie being dead. But anybody who has gotten close to him knows that there's a really great guy in there. And that he's been a guy going through some very tough times with addiction and mental issues. And you just have to feel for somebody going through that."

The show was shut down. Sheen was fired, and his public rants continued.

At one point, Sheen called Cryer "a turncoat, a traitor, a troll." Tracy asked, "Did that hurt?"

"Yeah, it hurt at the time. I was mostly stunned," Cryer said. "So I was shocked, but not surprised. That's the right term."

The two did not speak for years, but a few months ago they met up and, Cryer says, Sheen apologized.

"It was great to see him after all of the craziness because we did have something great together," said Cryer.

Tracy asked, "Would you work with him again?"

"I don't know. I loved working with him before, but I don't know how much I can invite that into my life at this point! We'll see. But I'll never say never."

"Two and a Half Men" found a new man in actor Ashton Kutcher and continued for another four seasons.

There was also a second chance in Cryer's personal life. After his first marriage ended, he started dating Los Angeles TV reporter Lisa Joyner -- although it did take him six weeks to make his first move.

Tracy asked Joyner, "Did you think he was into you?"

"I thought he was going to be my new best gay friend," she laughed.

"No, you know what it was? We got to know each other. And had it not happened that way, I don't think we'd be together. But, when we did kiss -- "

So Jon Cryer finally got the girl. He also got a star on the Hollywood Walk of Fame, and two Emmys from his time on "Two and a Half Men," a comedy that, despite all the drama, became one of the longest-running sitcoms in the history of broadcast television.

"For a guy like me who is just an enormous sitcom fan from the age of four, to have achieved that is amazing to me," said Cryer. "And it brings me such joy."