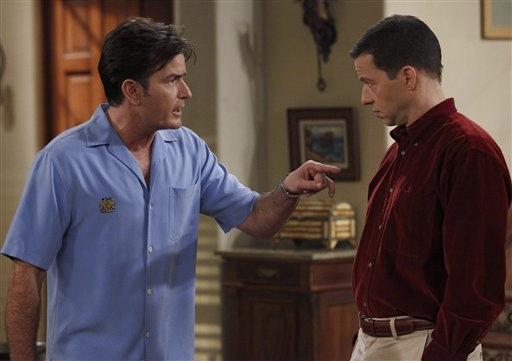 (CBS) Charlie Sheen has already lashed out at his "Two and a Half Men" bosses, and now he has some harsh words for costar Jon Cryer.

"Jon has not called me," Sheen told E! Online on Tuesday. "He's a turncoat, a traitor, a troll... Is it gonna take me calling him a 'traitor, juvenile and scared' for him to get it?"

Sheen noted that many of his other castmates were "not trolls" because they had called him, including "half man" Angus T. Jones, Conchata Ferrell (Berta the housekeeper), Melanie Lynskey (Rose the neighbor), Marin Hinkle (Judith Harper) and show director Jamie Widdoes.

Holland Taylor (Evelyn Harper) has also come to Sheen's defense, stating in an email to The Associated Press that "Charlie was cordial and polite with all of his cast mates and crew, sometimes even courtly - and always witty."

"In this very sad and complicated time, I really have no comment," she added, "beyond valuing my own history with Charlie, and my abiding affection for him."

And if Cryer does decide to reach out to him?

"What's there to say? I'll tell him 'You're a little late. Goodbye, troll,'" said Sheen. "When I'm starring in multimillion-dollar films and he's begging me for a supporting role, I'll say, 'You left me out in the cold with all of your guilt and stupidity.'"

A source close to Cryer, 45, told the website that the actor has indeed reached out to Sheen, but has declined to comment publicly out of respect.