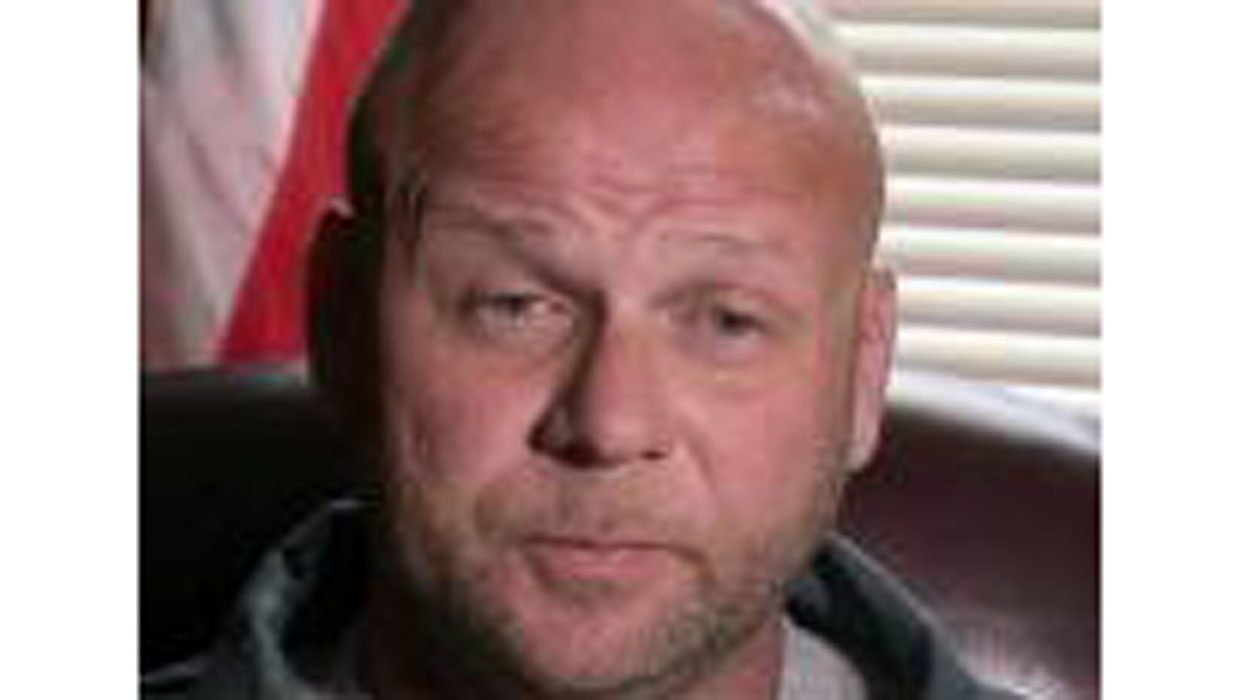 WILMINGTON, N.C. -- A man convicted of murder as a teenager and imprisoned 28 years ago is luxuriating by sleeping on his cousin's living room sofa after a North Carolina judge ruled he did not get a fair trial.

Johnny Small, 43, said he looked forward to a hot bath and getting used to an amped-up world full of cellphones he never knew now that he's left prison after nearly three decades Thursday evening. After prison cots, he said he preferred the sofa in a big, open room to a private bedroom.

"There's a lot I've got to adapt to," Small said after arriving at his cousin's manufactured home just before nightfall. "I don't know how to function. I mean, when I came into it (prison) I was still a kid and in a way I still got a kid's state of mind."

Hours earlier, Superior Court Judge W. Douglas Parsons ruled there was not enough evidence to justify Small's conviction for the 1988 murder of Pam Dreher in Wilmington. She was shot in the head at point blank range while lying on the floor of her tropical fish store.

Parsons determined it was physically impossible for a supposed eye witness to be at the murder site at the time as she reported seeing Small leaving the shop. Police also withheld key evidence, Parsons said.

The judge said he didn't see proof of Small's innocence, but was persuaded to free him until prosecutors decide if there was enough evidence to put him on trial again.

"What I'm here to decide is, did he receive a fair trial?" Parsons said. "It is more than abundantly clear that he did not."

Small will be under electronic house arrest while charges are pending.

District Attorney Benjamin David said in a statement that his staff will meet with Wilmington police and the state attorney general's office "to determine whether any additional investigation should be conducted or additional charges should be filed."

The statement offered no timeline on a decision and a spokeswoman did not respond to an emailed question.

Small, wearing a tan jail uniform, was led from the courtroom before the judge finished speaking. His attorney, Chris Mumma, said he was hyperventilating as he realized he was about to be freed.

About 150 people falsely convicted of crimes were exonerated in 2015, a record number, according to the National Registry of Exonerations. The registry is a project of the University of Michigan Law School and has documented more than 1,850 such cases in the U.S.

Parsons' decision came after Small's teenage buddy said he was pressured by police to testify at the murder trial that both he and Small were at the scene. David Bollinger says a Wilmington homicide investigator made up the story and his grandfather pressured him to lie on the witness stand. Bollinger said he could no longer keep quiet and was ready to face the chance of being prosecuted for perjury on the witness stand nearly three decades ago.

State attorneys argued that Small deserved neither a new trial or to be freed from prison.

Bollinger, 47, said he testified falsely at Small's trial because prosecutors promised charges he faced would be dropped in exchange and threatened the death penalty if he didn't cooperate.

Bollinger said he was driving to an automobile auction in South Carolina with his boss about the time Dreher was killed and didn't drive Small to the scene, as he testified at the 1989 murder trial. He said he lied then because he was afraid that since he was an adult he could get the death penalty, and a Wilmington police detective told him Small could get out of prison after turning 18. Bollinger said he confided to his grandfather, a former police officer and FBI agent, about the lie police told him to tell and was told he should stick to the story.

Small's attorneys said without Bollinger's testimony, prosecutors never could have convicted Small of a crime that would have required planning by a more mature mind than the drug-taking, car stealing, juvenile delinquent Small admitted to being at age 15. No gun, fingerprints or blood-spattered clothing tied Small to the crime.

Also, Nina Raiford said she was walking past Dreher's shop when she saw Small exiting, then saw a news report about the slaying the same night. She didn't report what she saw until after Crime Stoppers offered a reward and she spoke to a school counselor two months later, Small's attorneys said.

Punch-clock records from the fast-food restaurant where Raiford worked show she didn't quit work the night of the slaying until after she described spotting Small.