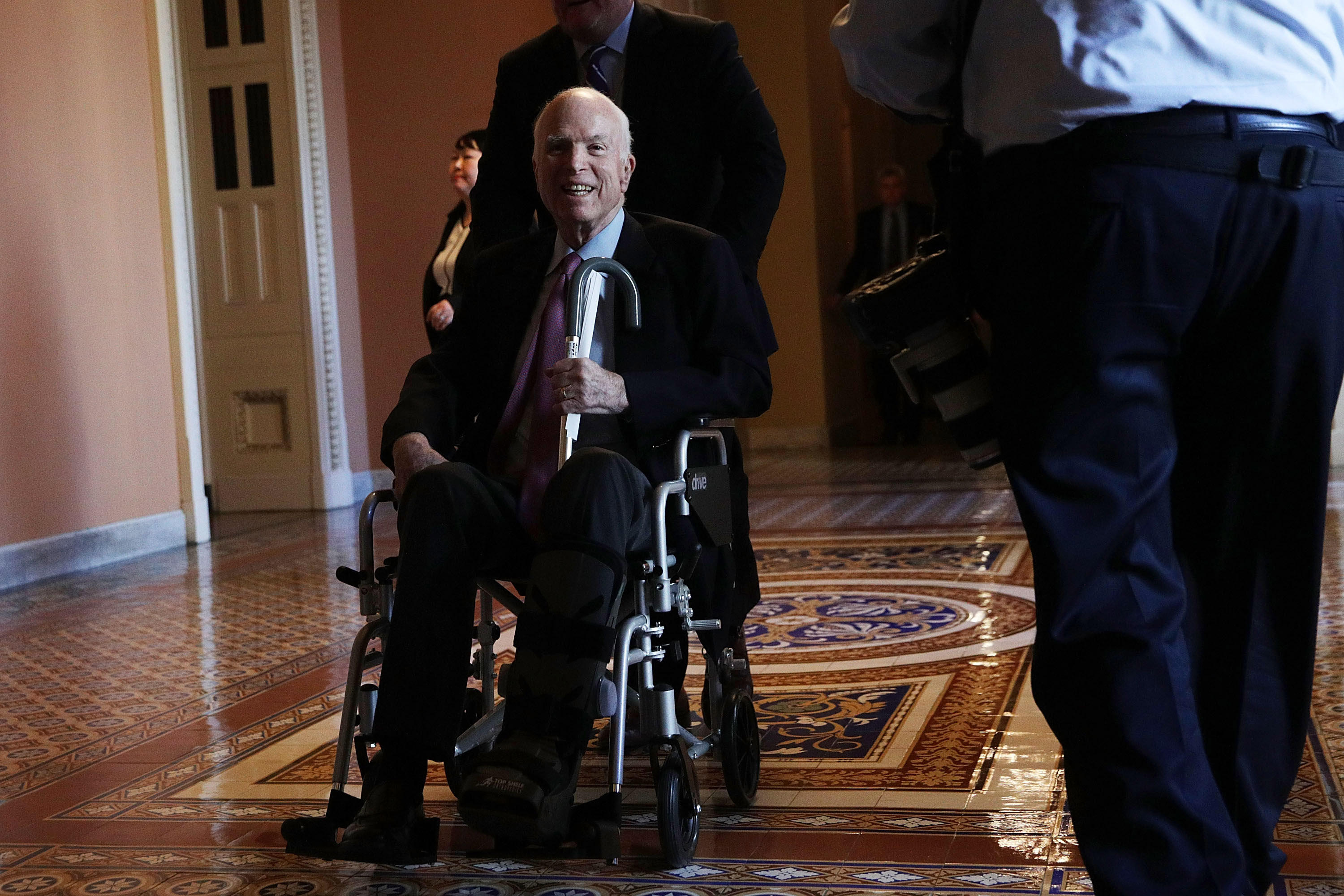 Arizona Sen. John McCain's son-in-law tweeted that the ailing Republican asked him to "take care" of his daughter as he continues to battle an aggressive form of brain cancer. According to azcentral.com, Ben Domenech, a conservative writer who recently married McCain's daughter Meghan, had tweeted late Saturday "John hugged me tonight. He asked me to take care of Meghan. I said I would." The tweet has since been deleted.

The Republican was diagnosed last year with glioblastoma, an aggressive form of brain cancer following a procedure to remove a blood clot. He has remained in the Senate for the duration of his radiation and chemotherapy as part of his cancer treatment.

Following his diagnosis, Domenech told CBS' "Face the Nation" that his father-in-law was "doing well" and was in "good spirits" after being hospitalized for side effects of chemotherapy treatments for his brain cancer diagnosis. McCain's family, including Meghan, has regularly updated supporters on social media on the senator's progress, often posting family photos at their ranch in Arizona.

McCain's colleagues and close friends including Sens. Lindsey Graham, R-South Carolina, and Jeff Flake, R-Arizona, have recently made visits to the senator's home as he continues to recover from surgery to treat an intestinal infection. McCain's wife Cindy tweeted on Monday that former Vice President Joe Biden also paid a visit to the senator, saying the family friends "enjoyed catching up."

McCain's daughter has said she is hopeful her father will return to Washington, D.C. by this summer.