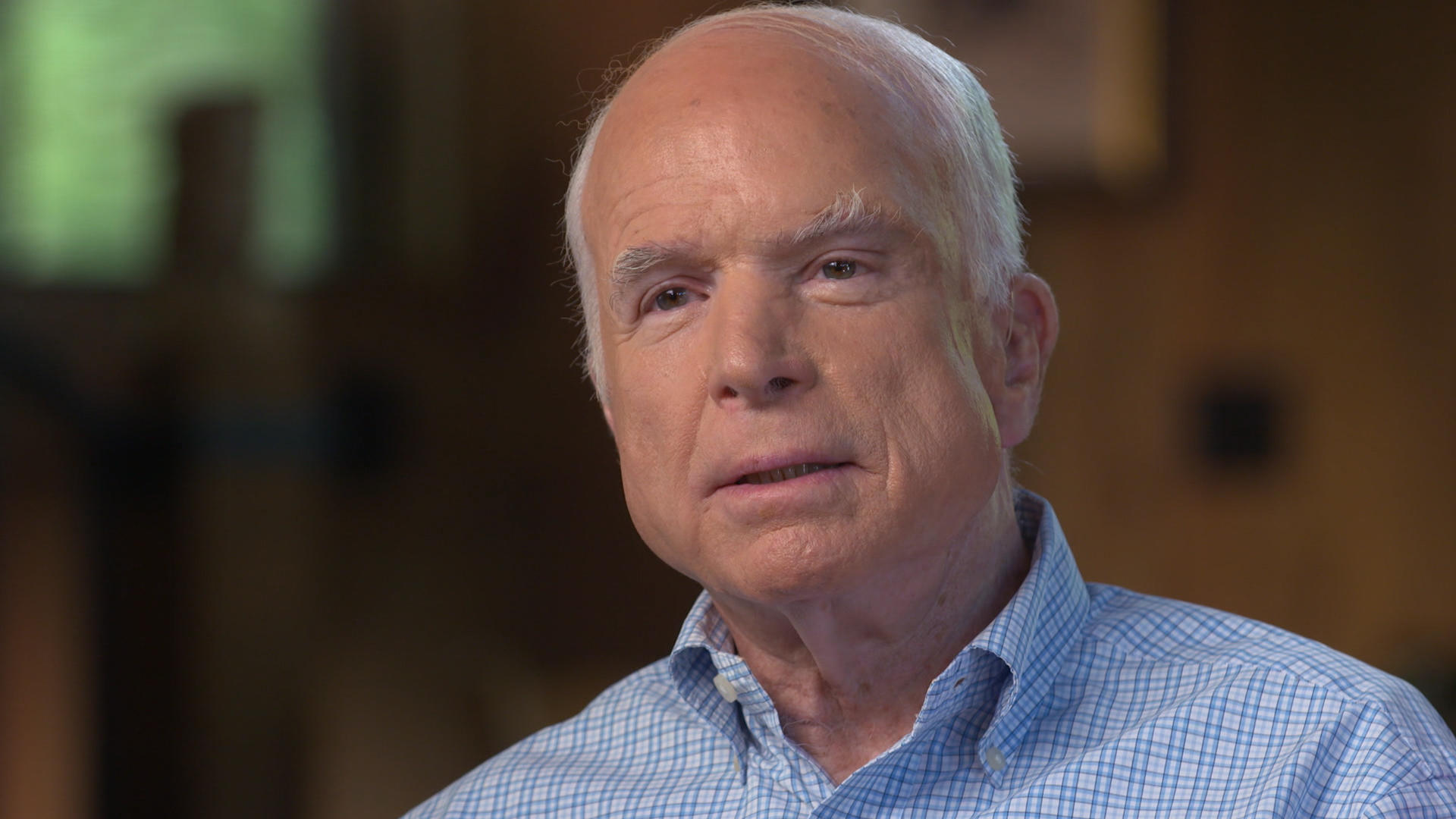 Sen. John McCain tells Lesley Stahl about the moment he knew he was suffering from one of the most virulent and deadly forms of brain cancer. The Arizona Republican speaks to Stahl in an interview about his diagnosis and Washington politics. The interview will be broadcast on the 50th anniversary season premiere of 60 Minutes Sunday, Sept. 24 at 7:30 p.m. ET and 7 p.m. PT.

McCain left his doctor's office at the Mayo Clinic in Phoenix after a routine checkup only to be called on the phone shortly after leaving.  He was informed he had a blood clot over his left eye.  He says his doctor told him, "'You've got to come back.' And I said, 'Hey, today is Friday. I'll just come in on Monday.' And she said, 'No, you have to come now. It's very serious'..."They thought it was serious enough that they had to act immediately."

"So I just said, 'I understand. Now we're going to do what we can, get the best doctors we can find and do the best we can.' And, at the same time, celebrate with gratitude a life well lived."

Before his operation, the doctor did mention glioblastoma, but not telling him everything. "As you know, doctors are interesting," he tells Stahl.  Glioblastoma is strain of tumor that is aggressive and nearly always fatal.

But, says McCain, I kept saying to them, "Tell it to me straight. [The doctors say] 'Well, there's always this. There's always that.' You know, and-- and I said, 'I can take it. Just tell me.' And-- and then they were more forthcoming."

Days after his operation, lab results confirmed the diagnosis.  "They said that the prognosis is very, very serious. Some say 3 percent, some say 14 percent. You know, it's-- it's a very poor prognosis," recalls McCain.  "So I just said, 'I understand. Now we're going to do what we can, get the best doctors we can find and do the best we can.' And at the same time celebrate with gratitude a life well lived."