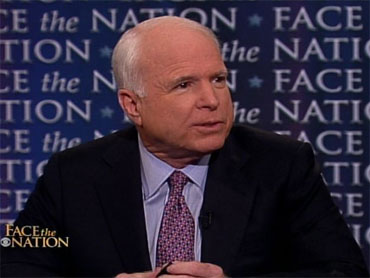 Sen. John McCain (R-Ariz.), who was labeled a moderate during his presidential campaign, had one of the most conservative 2010 voting records in the Senate, according to the National Journal.

After reviewing all 96 votes taken in the Senate in 2010, the magazine found that McCain was tied with seven of his colleagues for the largest number of conservative votes taken. He tied with well-known staunch conservatives like Republican Sens. Jim DeMint of South Carolina and John Barrasso of Wyoming. McCain even took more conservative votes than other senators known for their conservatism, like Sens. Tom Coburn of Oklahoma or Jeff Sessions of Alabama.

His record reveals a shift in McCain's relative ideology, according to the National Journal. From 2002 to 2006, McCain was in the middle of the pack -- ranked between the 44th and 49th-most conservative senator, based on his votes. His past voting records only came close to being this conservative once, the magazine reports -- in 1994, when he was the eighth-most conservative.

The National Journal notes that McCain's voting record shifted right in a year in which he faced a tough primary challenge from Tea Party-backed conservative J.D. Hayworth. A spokesperson for McCain told the magazine that it's not McCain's ideology that has shifted, but rather the Senate agenda.

The magazine has ranked congressmen by their voting records for three decades and explains their methodology here.

National Journal will publish its list of the most liberal congressmen and senators tomorrow.