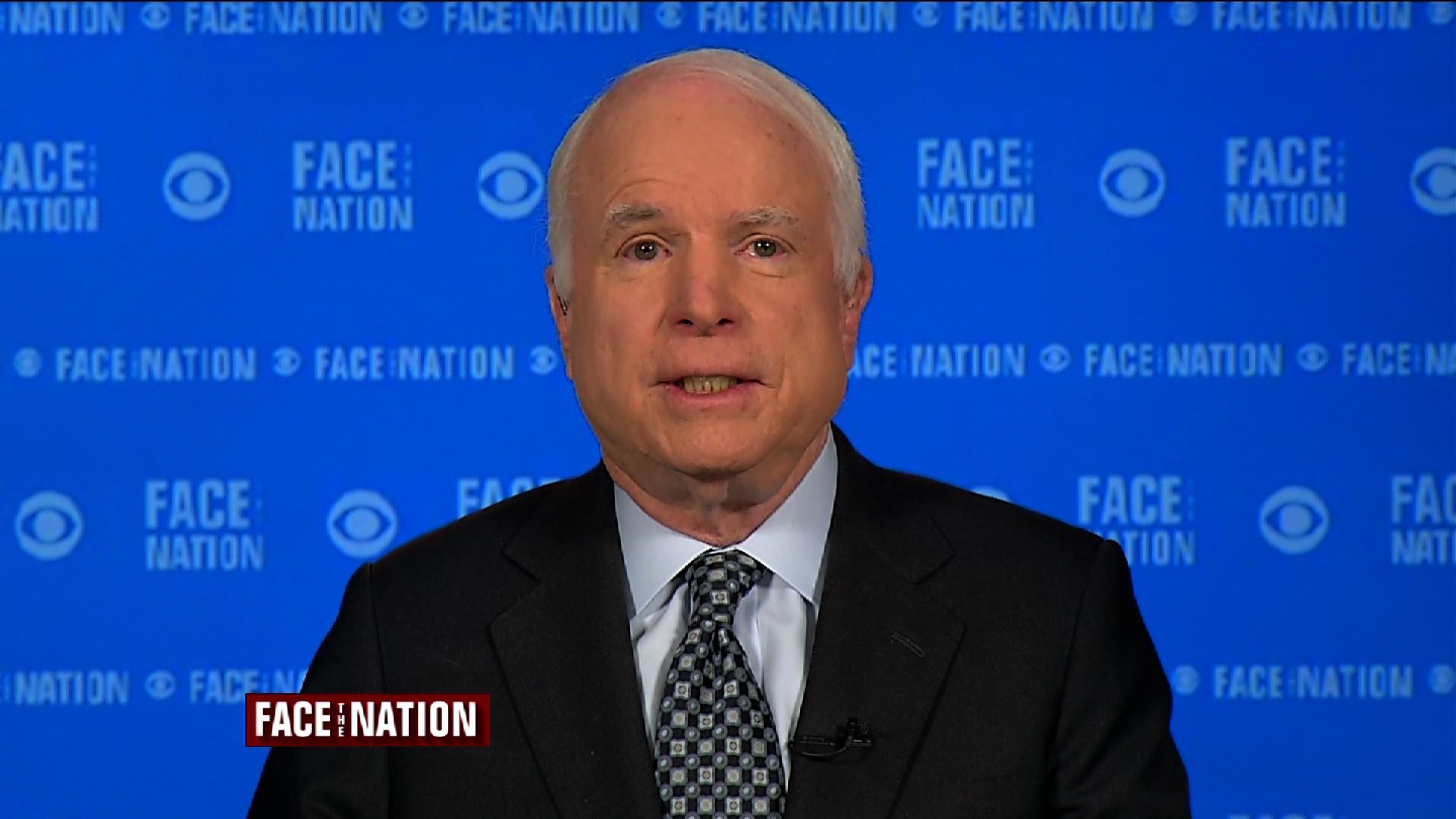 Sen. John McCain, R-Arizona, said Sunday that the U.S. handling of the conflict between Russia and Ukraine represents a "shameful" chapter of American history.

He also had harsh words for German Chancellor Angela Merkel and French President Francois Hollande, whom McCain said "legitimized for the first time in 70 years the dismemberment of a country in Europe."

Merkel and Hollande helped broker a recent cease-fire between Ukraine and Russian-backed rebels in the eastern part of the country. The tenuous agreement has been violated several times already and is at risk of collapsing entirely.

McCain is one of the U.S. lawmakers who is pushing President Obama to provide the Ukrainian military with lethal weapons so it can extract a higher cost on Russia for territorial incursions.

"The Ukrainians aren't asking for American boots on the ground; that's not the question here. They're asking for weapons to defend themselves and they are being slaughtered and their military is being shattered," McCain said. "Some of the best Russian special forces are there and they will continue this aggression for as long as they can get away with it...[Russian President] Vladimir Putin wants Ukraine not to be part of Europe and he is succeeding in doing so."

At a news conference with Merkel earlier this month, Mr. Obama said he has not yet made a decision on whether to send lethal weapons to the Ukrainian military but followed Merkel in continuing to call for a diplomatic resolution.