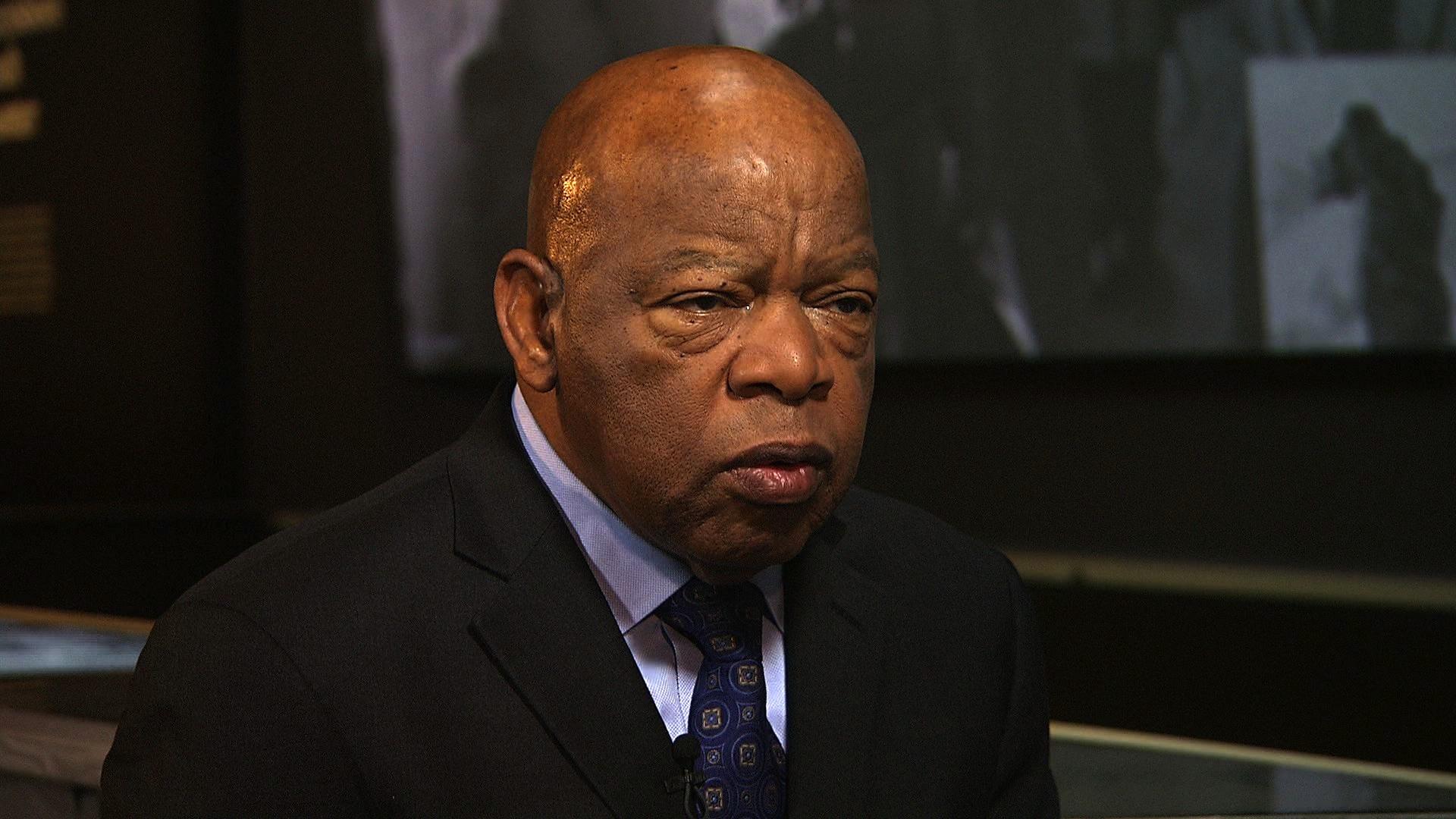 When it comes to the civil rights movement, Rep. John Lewis (D-Georgia) has been there through it all—and just before the opening of the Smithsonian’s Museum of African American History and Culture, he told CBS’ “Face the Nation” what the moment means to him.

“To walk in here, to be here, to see this magnificent museum. It’s going to continue to take me back,” he said in an interview taped Friday. “Just walking through here, I almost cried. I don’t want you to make me cry.”

Lewis, first elected to Congress in 1986, was a major figure in the civil rights movement of the 1960s, working alongside Dr. Martin Luther King, Jr., to help advocate for landmark civil rights legislation. He said African American history is essential to the history of the United States because it is essentially an “American story.”

“The story is an American story. It tells of our history, our struggle, through segregation, racial discrimination, but much earlier the whole system of slavery,” he said. “The denial of basic constitutional rights, the right to vote, the right to get an education. The people suffered, they struggled. People were beaten, arrested and jailed. People died. They never gave up. The never gave in.”

Though there’s still progress to be made, Lewis said the country has come a long way since the era in which he and others were first fighting for these rights.

“Well, we have come a distance. We made a lot of progress,” he said. “And when people tell me nothing has changed, I feel like saying, “Come and walk in my shoes. I will show you change.” We’re one people, and we all must be involved in the struggle that we were involved during the 50s and the 60s. White people and black people suffered together.”

Remembering those lessons is especially true with this year’s presidential race between Hillary Clinton and Donald Trump, Lewis said.

“There are forces that want to divide us, and we must not be divided,” he said. “We’ve come so far and made so much progress by working and building together. Too many of my friends, too many of my colleagues, young people that I knew in ‘63 and 64’ -- white and African American -- died together and we must not let their death be in vain.”