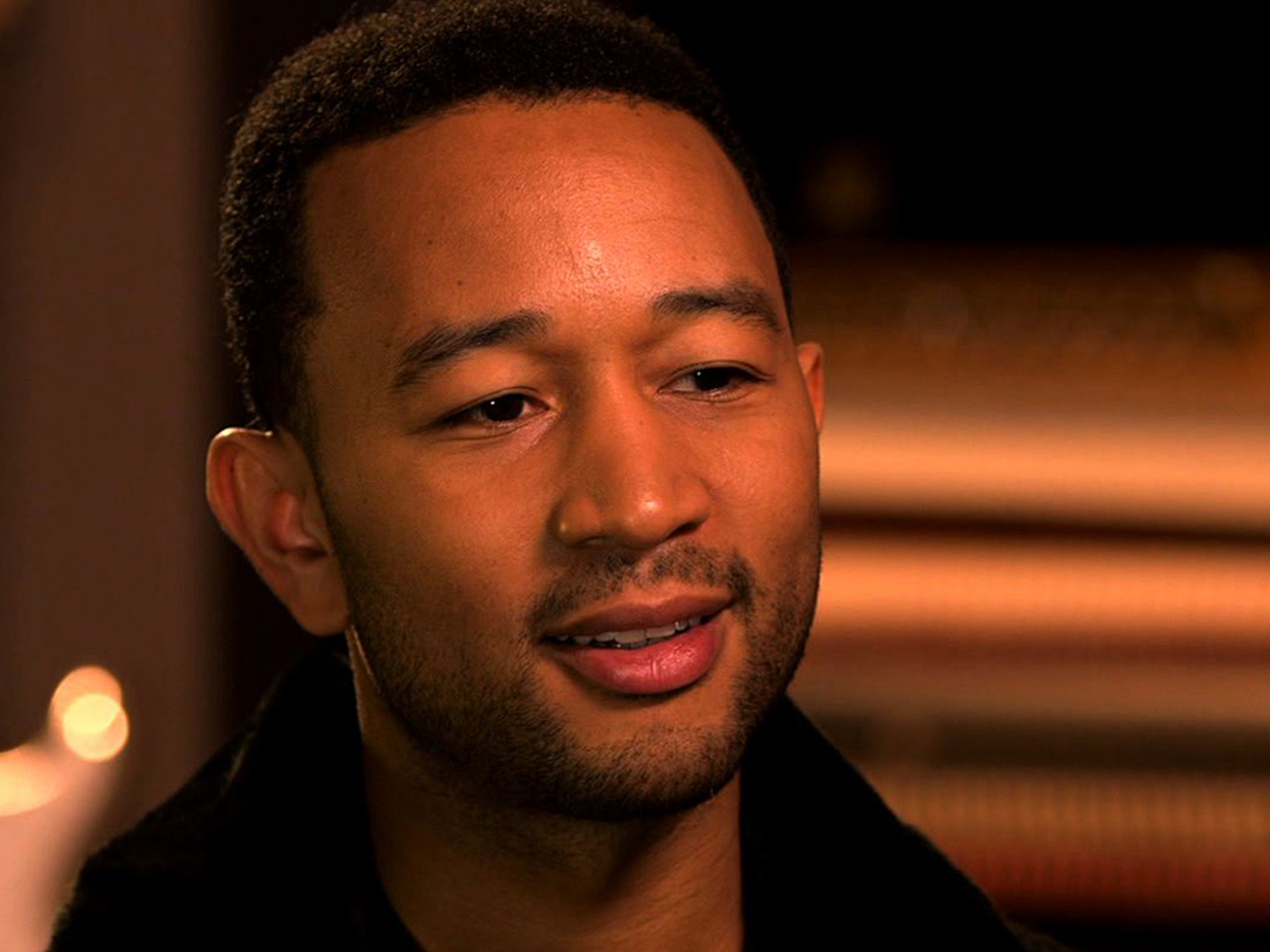 When it comes to music about love, few artists enjoy the success of John Legend. His songs about romance and relationships top wedding playlists, and this Sunday night, Legend could take home his 10th Grammy.

Recently, "CBS This Morning" co-host Gayle King sat down with Legend. She asked why love songs are so attractive to him.

"They come naturally to me because I grew up on love songs, I grew up on Marvin Gaye. There's something about it. It's so universal. Everybody feels these things."

In 2006, Legend won a Grammy for his album Ordinary People. He was nominated for eight Grammys that night, and won three. He recalled it was his first album, and said of the night, simply, "Wow."

King joked to the "All of Me" singer, "When I look at you I say all of me loves all of you John Legend."

Legend laughed and said, "The feeling is mutual."

"I'll say it again," King replied. "All of me loves all of you John Legend and I'm thinking that that's becoming a signature song. Don't you think?"

The song, King noted, was written for the now-Mrs. Legend, model Chrissy Teigen. Legend, speaking of his married life, said, "I'm excited. It's been great so far."

Asked if marriage scares him, Legend said, "It doesn't. No. I've been with Chrissy for a long time, and knew that I wanted to be with her for the rest of my life and wanted to have kids with her and all of that, and I really didn't have any fear. Once I decided to do it, I decided lets go for it."

"No it's not true," Legend said, adding with a laugh: "They just caught her at a weird angle."

King said, "That would be so exciting."

Legend replied, "We will be excited when it happens."

One of Legend's lyrics in that is "What would I do without your smart mouth, drawing me in and you kicking me out." So did his wife like that line or not?

"She loved it," Legend said. "And she cried when she first heard it. I sang it to her. I just whispered it to her when we were at home. I wasn't even at the piano. I was just, like, excited about it. I didn't even have the recording yet. … It was late and I was like, 'You just have to hear this song' And I sang it to her and she just started crying."

Many people have done covers of the song, and Legend said he actually encourages people to do it.

"For me as a songwriter, I love when other people cover my songs," he said.

Legend started out as a sessions artist, playing background for other artists.

Asked if he wanted to be the star out in front, Legend said, "In my mind, I already was that guy."

Legend credits friend Kanye West for one of his first big breaks in the business, and the two still work together.

King said, "Do you ever call him and say, 'Dude, what are you doing?'"

Legend added, "You know -- obviously Kanye and I are very different in the way we express ourselves publicly. He's so passionate … about art, about culture, about creativity. And he's really good at it.  And that honesty manifests itself in ways that are not politically correct, not socially acceptable sometimes."

Legend said it was his dream to be in the music business. He said, "I dreamed about it since I was a kid."

Asked if he had a plan -- he was once in the consulting business after graduating from the University of Pennsylvania -- Legend said, "I had a plan. I, like I said, I wanted to be who I am right now when I was a kid. And even when I was in high school, I wrote an essay -- McDonald's did this "Future Black History Makers of Tomorrow" essay competition. And I'm doing pretty much exactly what I wrote about when I was 15 years old."

King ended the conversation with Legend, saying, "You know, if I ever get married, I told you ... I want you to sing ('So High') at my wedding."

King said, laughing, "You got anybody for me?"

You can watch the Grammy awards this Sunday night, at 8/7c on CBS.

Could babies born today live to 150?

Data from Equifax hack could "end up on the black market"

The boy broke the world record for limbo-skating, flattening himself on his skates and squeezing into a space only seven inches above the ground