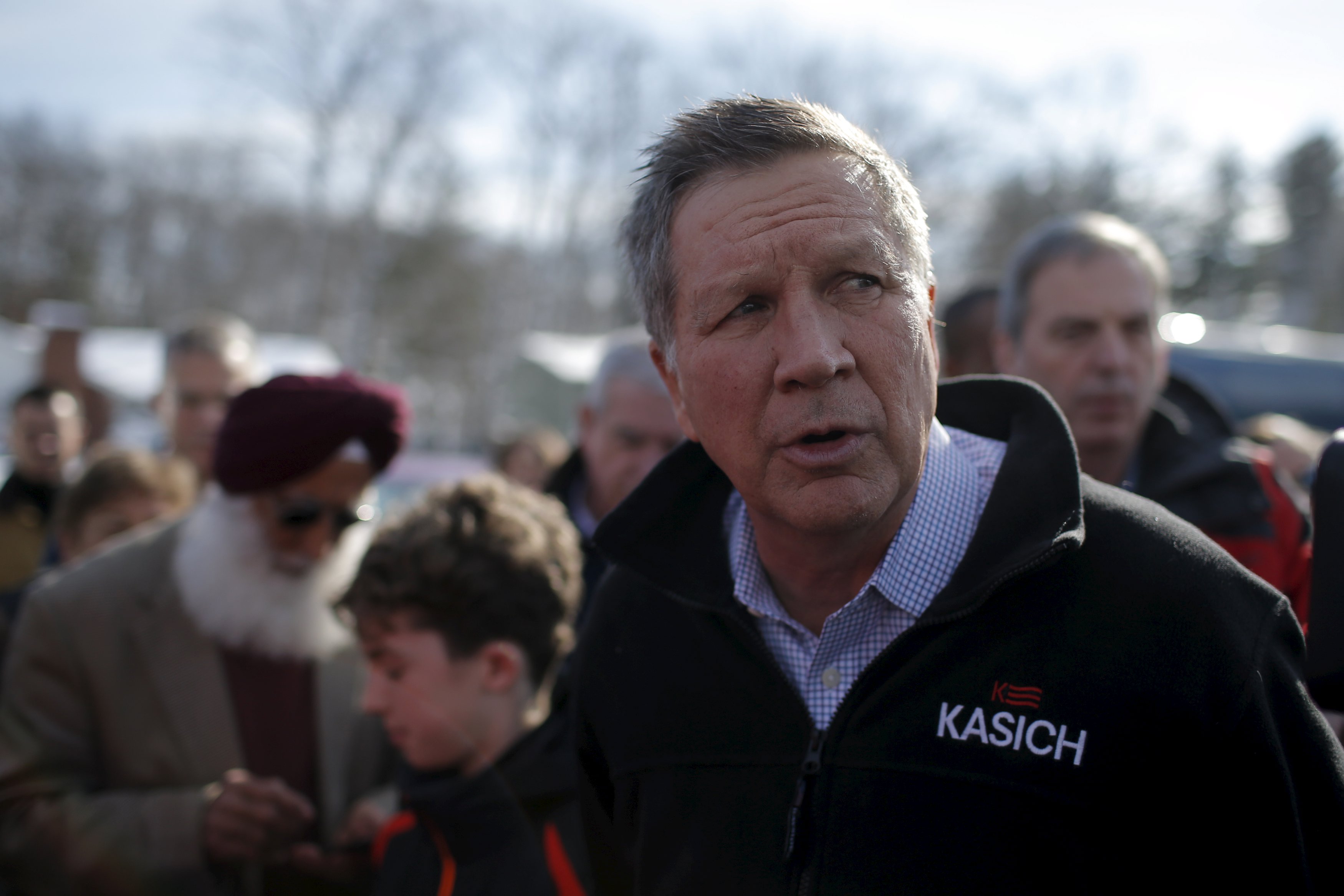 MANCHESTER, N.H. -- For John Kasich, there are no Hail Marys planned during his final sprint of the New Hampshire primary.

"We're going to do really, really well up here, and there is no doubt in my mind about it," Kasich told a group of reporters following him around the state before Saturday's GOP primary debate.

A relaxed-looking Kasich spent the day urging his volunteers to knock on doors before Tuesday's vote, urging them to greet voters with a smile. Voters, he noted, can be persuaded if they "have a sense of something special."

During a stop at Manchester's Puritan Backroom Restaurant, Kasich made his way through a swarm of fans.

"Can't you just stuff the ballot for me?" Kasich joked to a woman who told him she was a ballot counter.

"I won't tell anyone -- consider it done," she replied back to him.

Kasich, who has appealed to voters across the ideological spectrum in an effort to attract independent voters, ran into yet another Democratic voter who told the Ohio governor that he's the only Republican he would vote for.

"I ought to be running in a Democrat primary, I got more Democrats for me -- you have any Republican friends?" Kasich jokingly replied.

This came a day after the irreverent candidate started a snowball fight with staff and reporters.

Later on, he became the first candidate to hit the 100-town-hall milestone in New Hampshire, which was celebrated at a crowded town hall on Friday night with "funfetti show" machine and Market Basket sheet cakes. The White Stripes rock song "Seven Nation Army" blared as Kasich bounded onto the stage after an introduction from Mike Vrabel, a former New England Patriots linebacker.

"That has never happened before in American history," Kasich remarked about the indie hit being played at a Republican town hall.

"New Hampshire has changed me," he said, taking a moment to reflect.

"Everyone is beginning to talk about Kasich running a positive campaign, can it work? It would be really cool if it worked. And it if it doesn't, I'm blaming all of you," he joked.