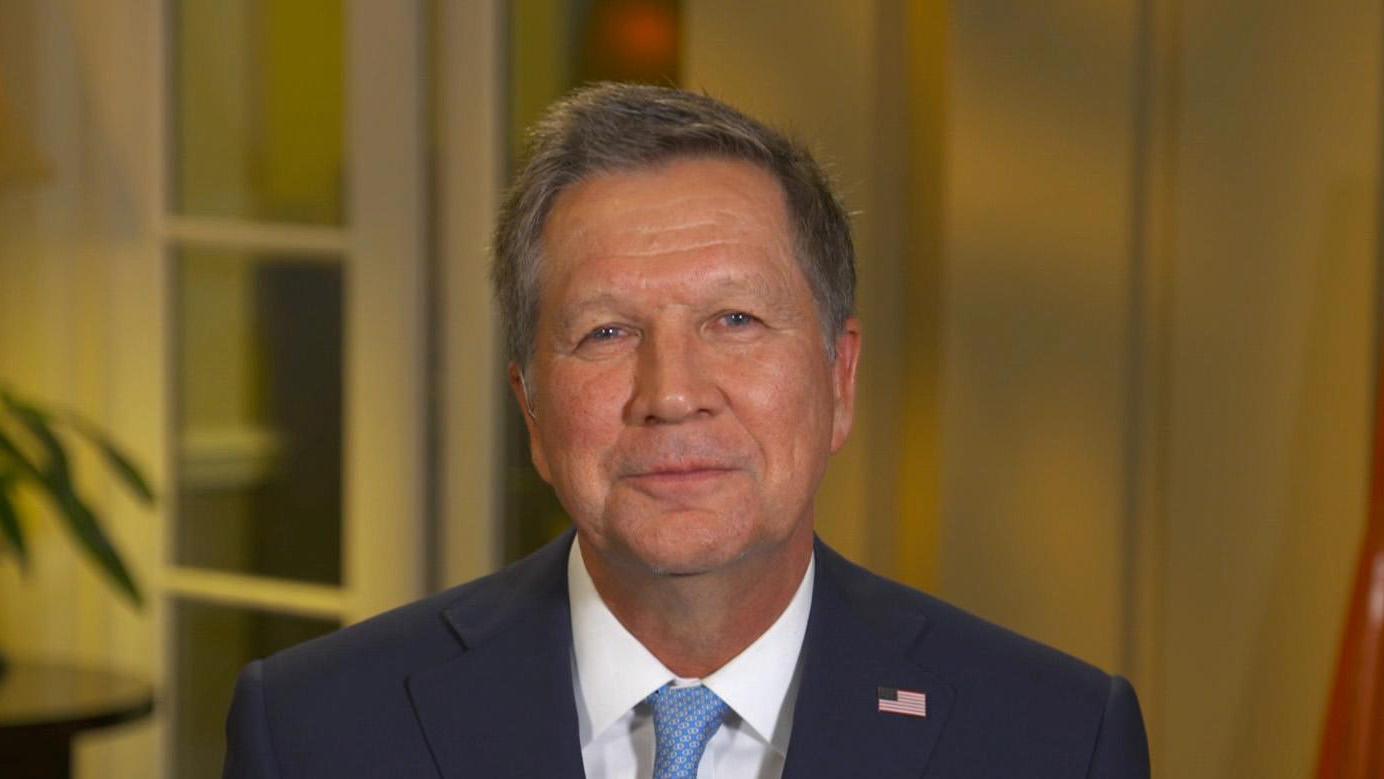 Coming off a second-place finish in New Hampshire's Republican primary race Tuesday night, Ohio Gov. John Kasich is taking a victory lap -- and lobbing attacks at some rival GOP candidates in the process.

"The Bush campaign spent like -- they've already, they raised like $115 million, they spent like $50 million in New Hampshire," Kasich said. "They couldn't work with a positive message so they just go negative. Negative, negative, negative and distorting negative."

"As Arnold Schwarzenegger once told me about negative campaigns, he said, 'John, love the beatings,'" Kasich continued. "So I do love the beatings. But the fact is the Bush campaign can't figure out what it's for and the candidate can't seem to know what he's for, so they spend all their time bashing somebody else."

The Ohio governor added that if he gets hit by the negative advertising, "I'm not gonna take a pounding."

"I'm not some kind of a pin cushion or a marshmallow," he said. "But I think people are tired of the negativity."

Of his own focus on New Hampshire and the results it yielded Tuesday night, Kasich claimed that he loved the feeling of "being underestimated."

"So I love the un -- being underestimated," Kasich added. "I have all of my lifetime."

The GOP candidate looked forward to the next primary state but also also laid out a vision for his campaign beyond South Carolina.

"We're gonna compete here in parts of South Carolina but we're gonna be moving on a course to the rest of the country," he said.

EpiPen shortage keeps some kids out of school

Cops expose drug ring in their own department