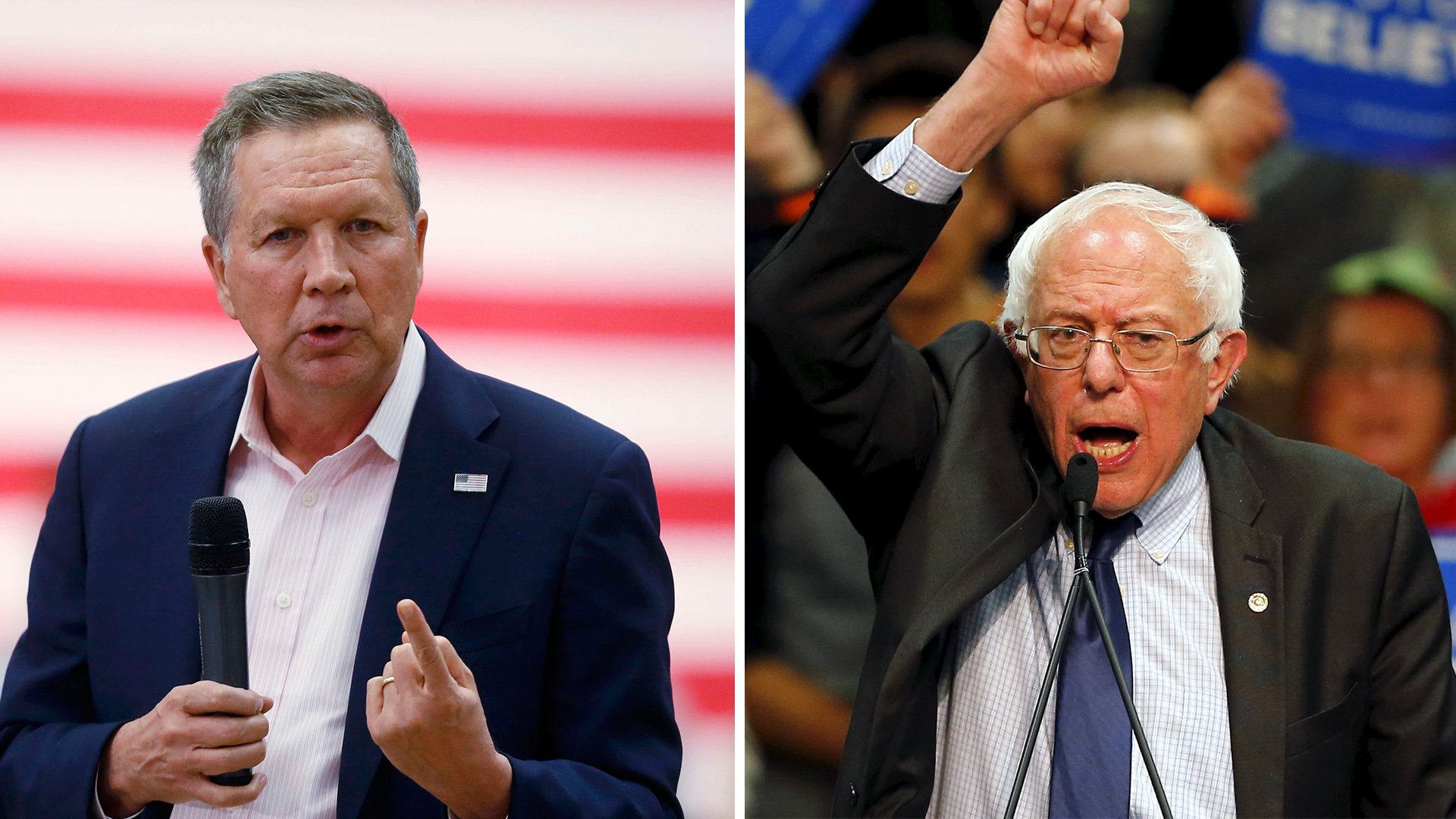 Donald Trump and Hillary Clinton continue to lead their respective fields for their party nominations, but John Kasich and Bernie Sanders would perform the best in the general election, according to a Quinnipiac University poll released Wednesday.

The poll found 43 percent of Republican voters support Trump, 29 percent back Ted Cruz and 16 percent support Kasich. Meanwhile, half of Democratic voters said they support Clinton and 38 percent back Sanders.

More than half of American voters said they definitely wouldn't vote for Trump this year, while 43 percent said the same for Clinton and a third held that belief about Cruz.