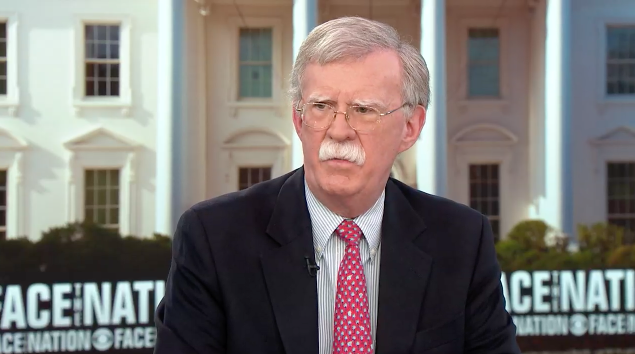 White House national security adviser John Bolton says the U.S. could dismantle North Korea's nuclear and ballistic missile programs within a year if the North Koreans committed to scrapping their arsenal in accordance with the agreement reached in Singapore last month.

"I'm sure that the secretary of state, Mike Pompeo, will be discussing this with the North Koreans in the near future, about, really, how to dismantle all of their WMD and ballistic missile programs in a year," Bolton said on "Face the Nation" on Sunday. "If they have the strategic decision already made to do that and they're cooperative, we can move very quickly."

At the summit between President Trump and Kim Jong Un in Singapore in June, the two leaders signed an agreement in which the North committed "to work toward complete denuclearization of the Korean peninsula." The agreement contained no specifics about implementing its terms, and Pompeo has been working to set in motion more concrete steps for North Korea to give up its arsenal.

Bolton said the U.S. has developed a program that would enable a relatively rapid dismantlement of North Korea's arsenal if the Kim regime is cooperative.

"What our experts have devised is a program that, with North Korean cooperation, with full disclosure of all of their chemical and biological, nuclear programs, ballistic missile sites, we can get -- physically we would be able to dismantle the overwhelming bulk of their programs within a year," Bolton said, noting that full disclosure has not yet happened.

The Washington Post reported on Saturday that U.S. intelligence officials have concluded that North Korea is unlikely to completely  denuclearize and is preparing to conceal parts of its nuclear weapons program during negotiations with the U.S.

On Sunday, Bolton declined to comment on U.S. intelligence assessments, but said the administration is "very well aware of North Korea's patterns of behavior over decades of negotiating with the United States."

"We know exactly what the risks are, of them using negotiations to drag out the length of time they have to continue their nuclear, chemical, biological weapons programs, ballistic missiles," Bolton said. "The president would like to see these discussions move promptly to get a resolution."

Bolton said the U.S. is "going to try to proceed to implement what the two leaders agreed to in Singapore" and added that a public back-and-forth over the progress of talks is unhelpful in negotiations.

Bolton agreed that North Korea "certainly" has a history of using diplomacy as a cover, but said "Kim Jong Un was very emphatic several times in Singapore that he was different from prior regimes."