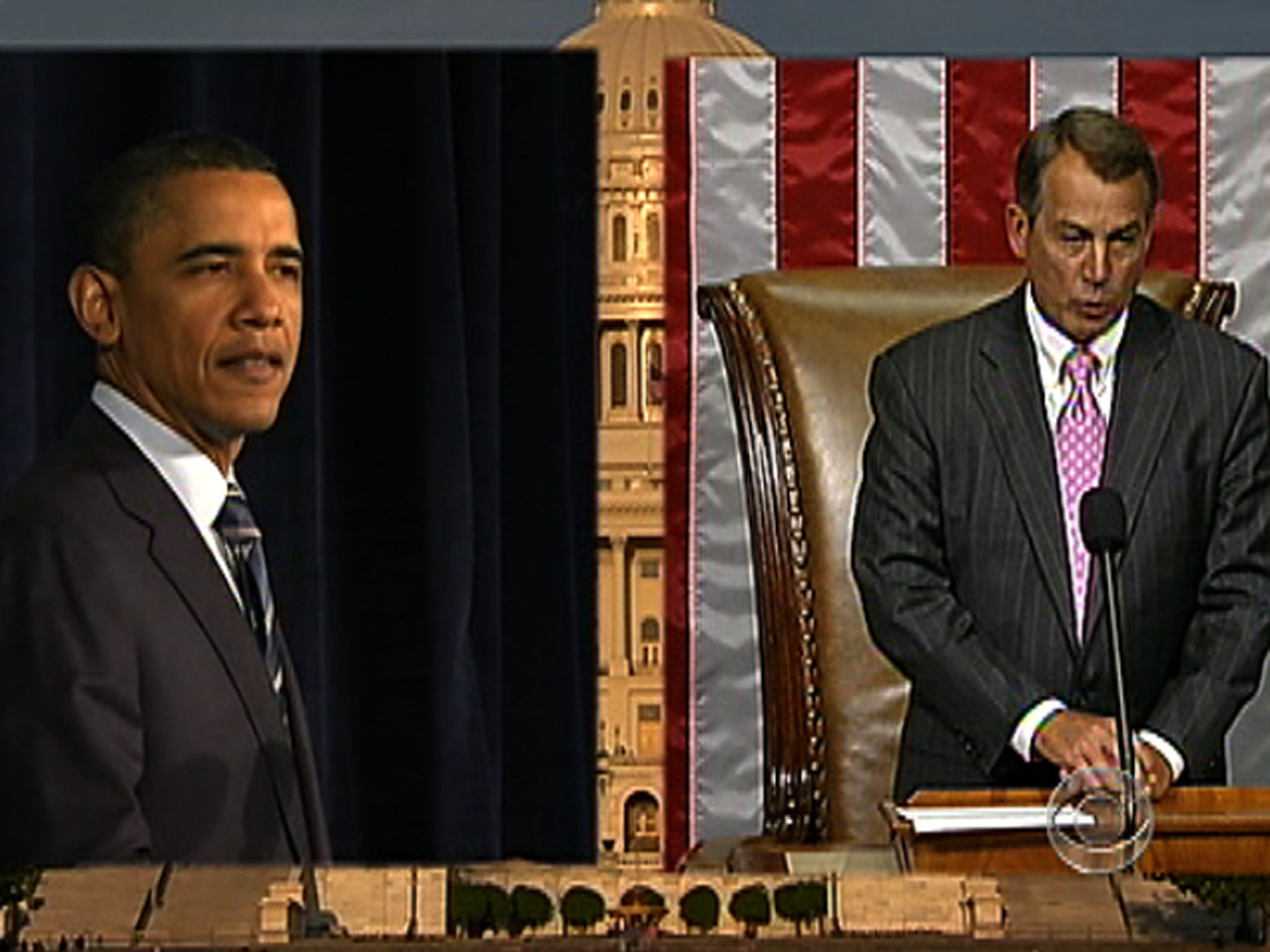 "In the end, we couldn't connect. Not because of different personalities, but because of different visions for our country," Boehner said in a letter to colleagues. He said Mr. Obama " is emphatic that taxes have to be raised" and "adamant that we cannot make fundamental changes to our entitlement programs."

"For these reasons, I have decided to end discussions with the White House and begin conversations with the leaders of the Senate in an effort to find a path forward," he said. (Read the letter here)

House Republican leadership aides told CBS News that Boehner will work with the Senate leadership in an attempt to reach a deal that meets the GOP's two central requirements: That spending cuts are equal to or greater than debt limit increase and that there are no new taxes.

Without action, the debt limit will be breached on August 2 - 11 days from now - potentially plunging the U.S. economy into chaos. A GOP leadership aide said Boehner has set next Wednesday as the date by which the House must pass a bill in order to get it signed into law in time, with both the House and Senate presenting some sort of plan to members Monday.

House Speaker John Boehner has walked away from negotiations with President Obama over a deal to raise the debt limit.

Boehner and the president have been seeking a "grand bargain" of perhaps $4 trillion in deficit reduction, but have faced stiff resistance from lawmakers in both parties. Most Republicans say they will not accept revenue increases in the deal, while most Democrats say any deal must include revenue increases as well as spending cuts. Democrats have also chafed at reports that the deal could include significant cuts to entitlement programs.

Despite rumors of a deal -- the alleged contours of which fueled anger from lawmakers -- Boehner said, "a deal was never reached, and was never really close." He said in his letter that "during these discussions, as in my earlier discussions, it became evident that the White House is simply not serious about ending the spending binge that is destroying jobs and endangering our children's future."

President Obama was scheduled to make a statement on the debt talks shortly.