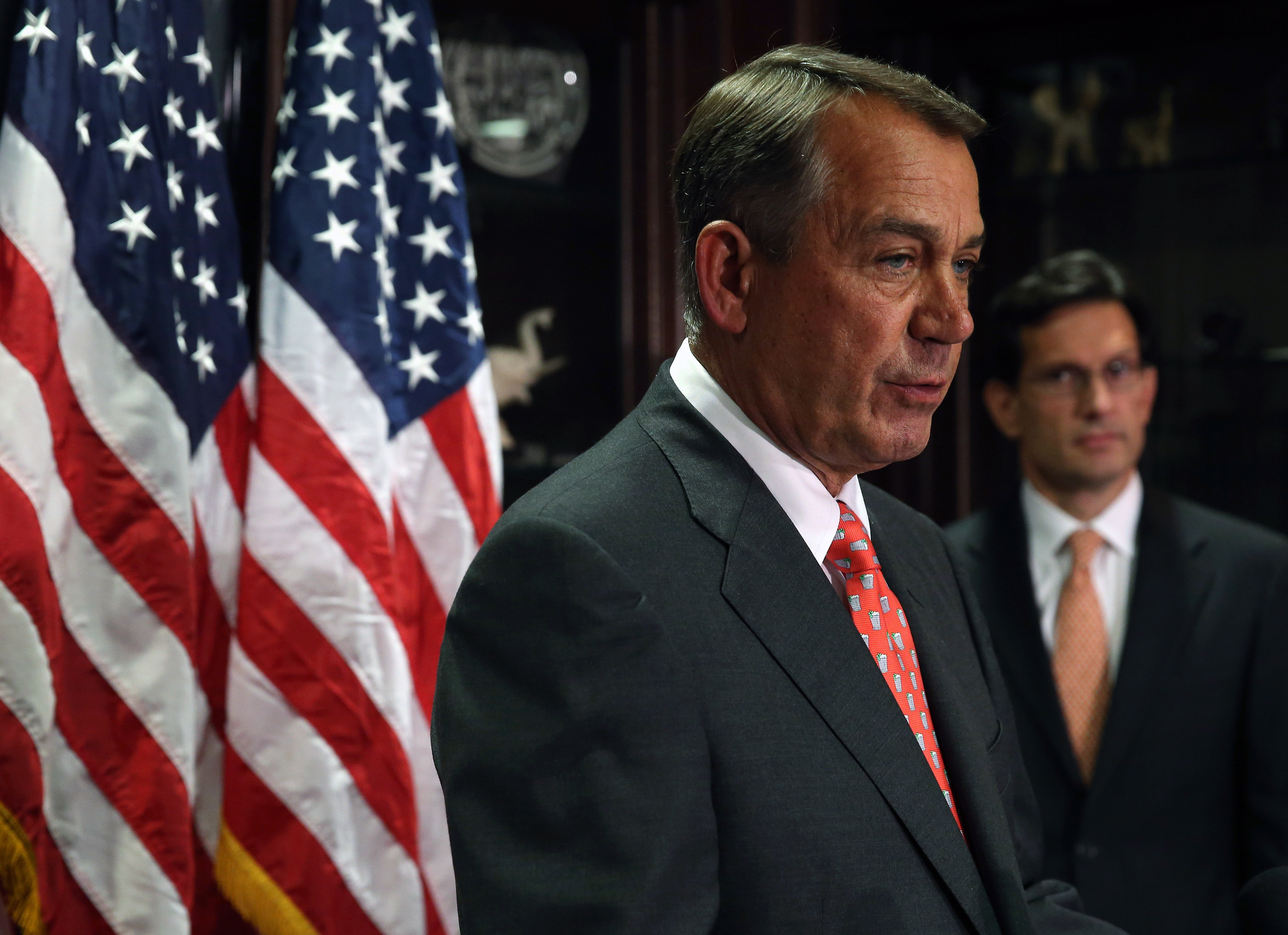 House Speaker John Boehner, R-Ohio, said Tuesday that Republicans will block an immigration-related amendment offered by one of its own members because it would be attached to a much larger defense authorization bill.

The ENLIST Act, offered by Rep. Jeff Denham, R-Calif., would allow immigrants brought to the U.S. illegally as children before 2011 to earn legal status by serving in the military. Arguing that the bill changes military code, not immigration law, Denham intends to offer the bill as an amendment to the National Defense Authorization Act during a meeting of the House Rules Committee Tuesday afternoon.

"The ENLIST Act provides an avenue for those who want to perform the ultimate act of patriotism - serving their county - to earn legal status. As a veteran, I can think of no better way to demonstrate your commitment to our nation," Denham said in a statement. The bill has the support of 26 Democrats and 24 Republicans.

"We have supported it in the past but trying to do this on the National Defense Authorization bill seems just to be an inappropriate place to do it," Boehner said. Asked whether Denham's bill would be considered on its own, Boehner said there had been "discussions about that but no decisions."

Denham argued that the defense bill contains other immigration-related provisions, so his proposal should be considered as well.

Critics, including the conservative Heritage Foundation, argue that allowing non-citizens into the military is a threat to national security.

"Although there have been non-citizens who have served honorably in the U.S. armed forces in the past, the nation is engaged in a unique type of war today against a non-state actor that cannot be easily identified," two Heritage experts wrote. "Additionally, since very little may be known about these individuals, the risk of recruiting dangerous individuals increases. This risk is amplified by the fact that the promise of backdoor instant citizenship may draw individuals who do not actually believe in the mission of the U.S. military."

Denham argues that the 2011 cutoff means the bill would not be a magnet, and also said he served with many immigrants during his 16 years in the Air Force who were "wholly dedicated to our country and to its best interests."

Immigration reform faces a highly uncertain future in the House at the moment since Boehner maintains the president cannot be trusted to enforce any laws Congress may pass. He reiterated that point Tuesday, saying members must have "more confidence with his administration to implement an immigration reform bill the way we pass it."

Boehner declined to give specific examples of what the president could do to earn that trust, merely saying there were "a lot of things."

He also weighed in on the ongoing midterm elections, attempting to shoot down the narrative that many Republican primaries represent an internal civil war between the tea party and establishment wing of the parties.

"There's not that big a difference between what you all call the tea party and your average conservative Republican," Boehner said. "We're against Obamacare, we think taxes are too high, we think the government's too big."

He also praised the tea party for bringing "great energy to our political process."

But he has previously lashed out at the very same groups who are funding grassroots challengers across the country. During the 2013 government shutdown, Boehner said groups like Club for Growth had "lost all credibility" when they pushed lawmakers into demanding that Congress defundObamacare in exchange for continuing to fund the government.

"They're using our members and they're using the American people for their own goals," Boehner said at the time.

In return, the Tea Party Leadership Fund said it would attempt to oust Boehner from Congress with a primary challenge.