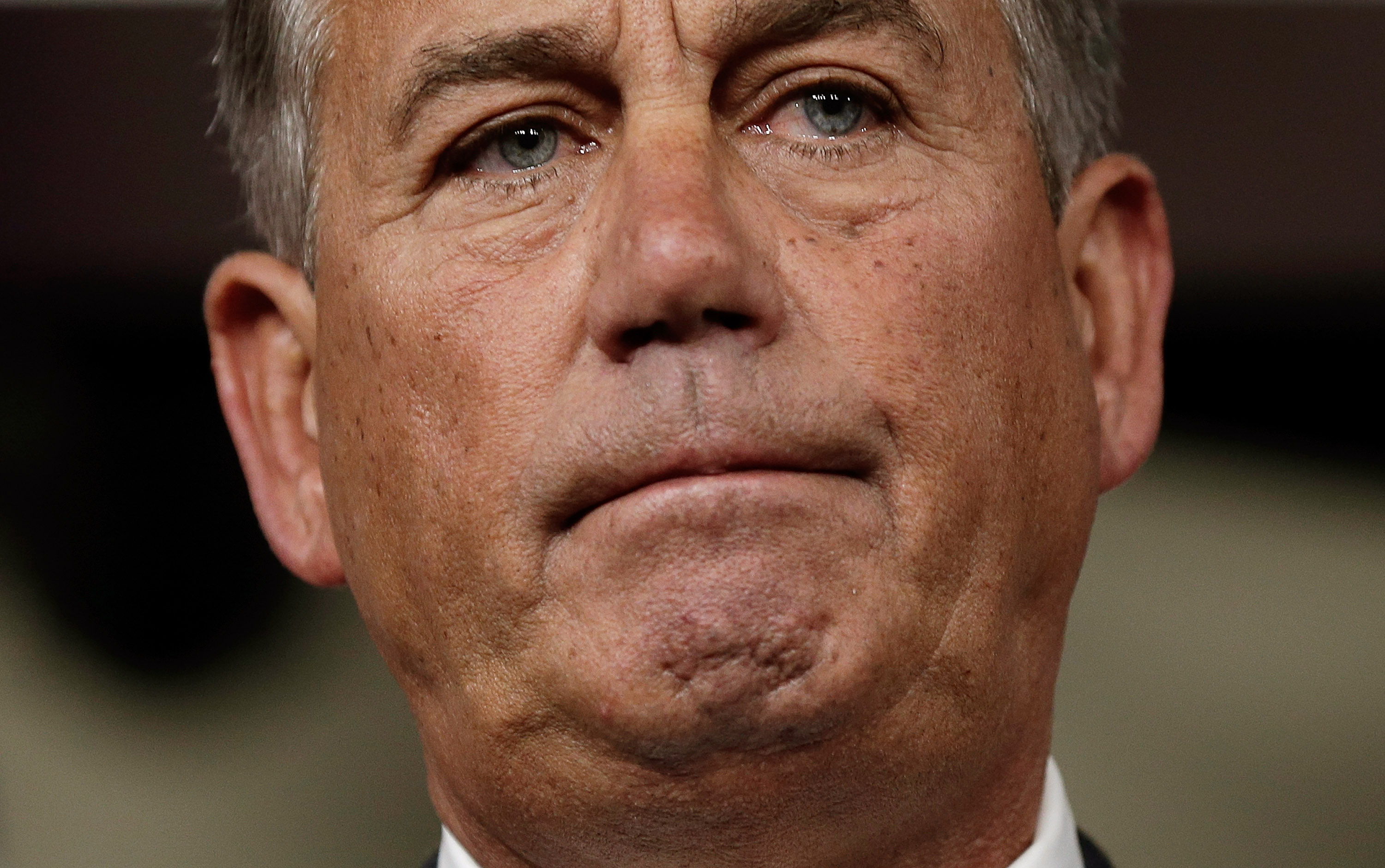 At the end of 2013, House Speaker John Boehner, R-Ohio, lashed out at conservative groups who opposed the recent two-year budget agreement, accusing them of misleading voters and saying they have “lost all credibility.”

In a fiery press release on Friday, the Tea Party Leadership Fund announced an ambitious plan to oust Boehner from Congress, accusing the speaker of “stabbing conservatives in the back.”

“John Boehner has declared war on conservatives demanding lower taxes and limited government," said Rusty Humphries, a talk radio host and spokesman for the Tea Party Leadership Fund's Primary Boehner campaign. “Today we declare war on him.  We intend to send a message to his fellow 'Republicans In Name Only' that such ideologically bankrupt leadership must come to an end."

The group, which bills itself as the nation’s largest tea party political action committee, announced a $25,000 ad buy targeting Boehner’s record and vowed to recruit a conservative primary challenger to take the fight directly to the speaker. The group also announced a petition drive to collect 1 million signatures in support of its effort.

The statement aired litany of complaints about Boehner, including his decision to “continue the funding of Obamacare” and his “further bankrupting America by raising the debt ceiling without any meaningful concessions.”

Also among Boehner’s list of sins: “Agreeing go to pass Amnesty [sic] for those illegal immigrants who have broken our laws” and “Kicking courageous Tea Party congressman [sic] off of important, key House committees to remove conservative objections to his liberal policies.”

While the group’s chance of success seems dubious at best, their effort reflects the considerable angst many grassroots conservatives have about their leaders in Congress, whom many deem insufficiently conservative and too accommodating of Democrats.

“The Republicans don't stand for anything except surrender,” said Humphries. “When we reach 1 million petition signers, we will show John Boehner, the liberal media, and every other congressional sell out that the Tea Party is serious about returning America to greatness.”

CBS News reached out to Boehner's political office for a reaction but had not yet received any response at press time.