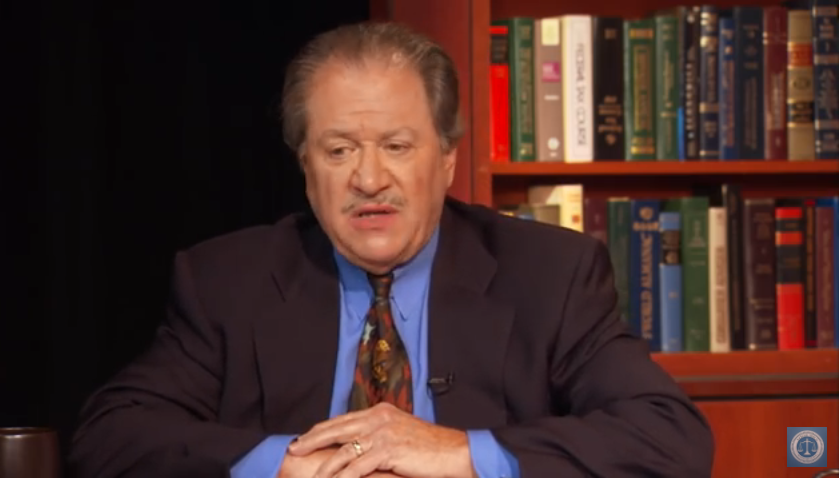 Hours before his appointment to President Trump's legal team was made public, Joe DiGenova told a Washington, D.C. radio station that the Trump-appointed FBI director had performed in a "despicable" way and had "become an embarrassment," for not being more forthcoming with the public about fired Deputy FBI Director Andrew McCabe's conduct at the bureau.

McCabe "deserved what he got," DiGenova told WMAL Radio this morning.  "He was the guy who was the head of the brazen plot to exonerate Hillary Clinton so she could become president of the United States."

"Where is the director of the FBI?  Have you heard one peep out of him, about what he thinks about the firing of his former senior deputy?  Isn't it amazing?  It's like he's on a milk carton somewhere in the Washington metropolitan area. Chris Wray has become an embarrassment to the FBI.  He has said absolutely nothing about this," DiGenova said.

"We have a very, very bad situation.  It's the worst since Watergate," DiGenova told WMAL Radio this morning.  "And you have people in charge -- Rod Rosenstein to be one, Chris Wray to be another – who do not understand that this is a crisis. They are behaving like children. They don't know how to lead. They don't know how to make public statements. They've disappeared."

Mr. Trump's new lawyer also suggested federal District Court Judge Rudolph Contreras -- who also serves on the FISA court -- should face impeachment proceedings in the House unless he is more forthcoming about his decision to recuse himself in the Flynn case.

"This judge should be made to explain this, and I think it's absolutely disgusting that the chief justice hasn't said something about this.  He runs that damn [FISA] court.  What the hell is he doing about it?"