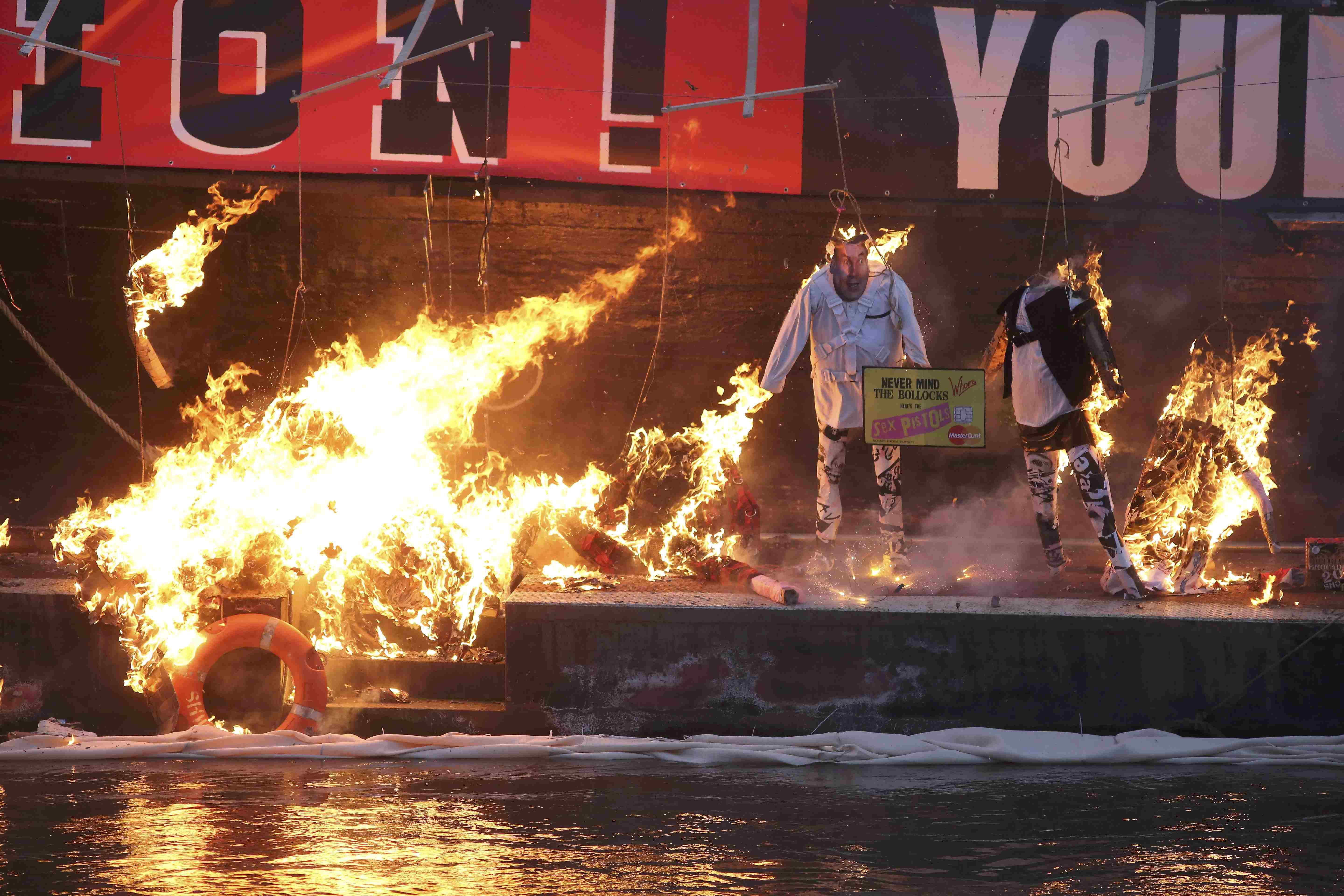 LONDON -- Don’t get nostalgic about punk music - and if you do, don’t go collecting memorabilia from the glory days of the Sex Pistols.

That seemed to be the message Saturday when the son of Sex Pistols manager Malcolm McLaren and fashion designer Vivienne Westwood set fire to an extensive collection of punk memorabilia on a boat in central London.

Joe Corre claimed his collection of clothes, posters and other music-related items was worth $6.25 million.

He watched it go up in flames along with effigies of prominent British politicians loaded with fireworks.

Corre told the crowd watching his self-styled protest on the River Thames that “punk was never, never meant to be nostalgic.”

His famous parents helped spearhead the punk music and fashion movements in the 1970s.